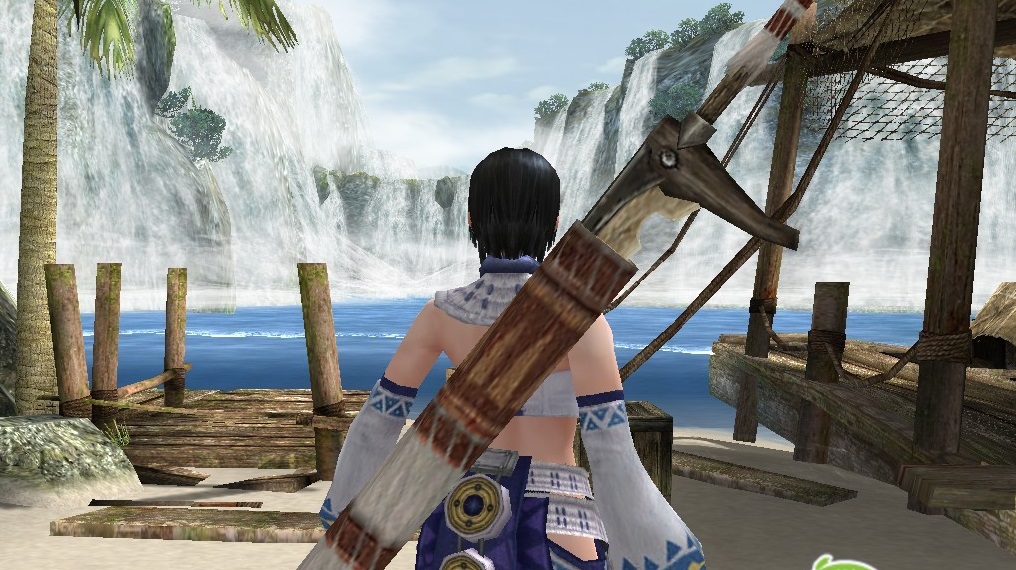 Hunter Blade offers very little customization in character creation. Each gender has a choice of seven faces and hair styles, as well as 10 hair colors. Additionally, characters can choose from one of nine avatar portraits to represent them in game.

You also get to choose one of three starting weapons. The Wand is your ranged attack option, 1H Sword gets paired with a shield, and Sword is your giant two-handed weapon. Additional weapons, such as X-bow, Claymore, 2 Sabers and Chain Hammer are all unlocked as you gain levels. Four more mystery weapon types are also locked at creation.

After creating a character, you’re given a tutorial on how to move. The game prompts you to move around in all directions before you can advance. You’re then taught how to attack, and while there are a variety of attack moves, you’re limited to just using the standard, left-click attack command for now.

The scenario ends with you killing a mammoth that, while impressive, does nothing to resist its impending doom. You’ll be treated to a cut-scene where a Lizard attacks, and your guide has to fend it off. After the encounter, you’re set into the hub town of Hunter Blade, with nothing but the clothes on your back and the sword, shield, or wand in your hands. Hunter Blade has an extensive quest system. Early on, however, quests are there to teach you how to quest (you read that correctly). There are even quests that quiz you on performing game functions like interacting with NPCs, but these quizzes lose their impact because the game points out the correct answer.

Each area in Hunter Blade is broken up into zones. Each area has different monsters, with travel between zones required in order to find the specific monster needed for your tasks. Unfortunately, movement is incredibly sluggish. You can sprint for a limited amount of time, but expect to spend most of your time travelling by foot rather than killing monsters.

While the keyboard is used for movement, attacking is accomplished using the left and right mouse buttons. Left click is a strong attack, and right click is usually a thrust or other straight-forward attack. When both mouse buttons are pressed, the character uses a sweeping attack and then backsteps. All of these attacks can be chained to a degree; mashing one button or the other will not work. 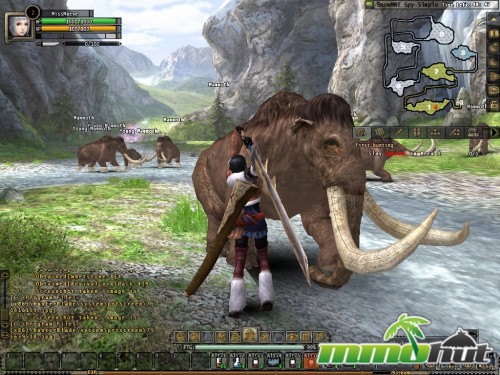 Monsters, on the other hand, have a variety of attacks at their disposal. Luckily, your character can dodge (while moving) using spacebar. Dodging becomes fairly important for bosses, but it is limited by your stamina bar: you can only dodge four times before needing to wait for stamina to refill. Thankfully, the recharge time is relatively short.

Craft to Live, Live to Craft

Hunter Blade focuses heavily on crafting, just like Monster Hunter. While you can get by with vendor purchased equipment or quest rewards, crafted gear far surpasses them in strength. The game has a built in tracking system for monster drops (much like a quest tracking system), to show you what you need to craft the best gear you can obtain.

To craft, you need to gather specific materials from slain monsters, and see the appropriate vendor in town. Crafting is as simple as talking to the NPC, selecting the item, and receiving your new gear. Some items require very rare drops, or drops that can only be farmed from bosses, so it may take a long time to get fully equipped.

While Hunter Blade stays true to its giant monster-hunting roots, it is plagued by very poor translation and bad voice acting. Additionally, outside of arena-style PvP, the game does nothing to set itself apart from Monster Hunter. Repetitive quests send you to perform the same tasks in different areas, all of which lead to a simplistic boss fight. Diversity in tasks and a little polish might make the game better, but unless you’re a fan of the Monster Hunter series, you may want to pass on Hunter Blade.
Official Site
#MonsterHunter