Black Eye Games has revealed some new details regarding their upcoming sandbox MMORPG: Gloria Victis. During the holidays, they have completed a full rebuild of almost every aspect of the game. 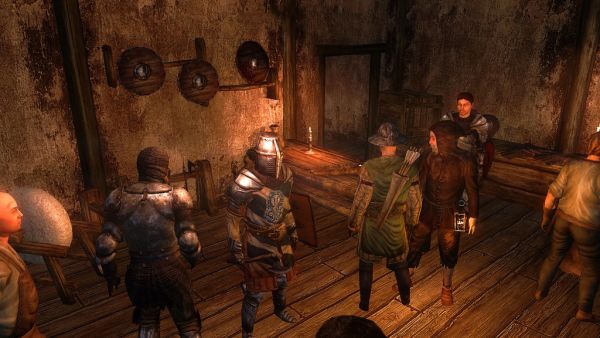 Using motion capture technology, they have completely re-hauled animations based on popular demand and will be shown in an upcoming video we are currently working on, as well as we added flesh to the frames of our combat system and now different weapons do different forms of damage and different armours more efficient at blocking certain types of damage such as: blunt, pierce, slash, crush. The Pre-Alpha world has also been completely redone and is now much larger. Game difficulty has also been increased and truly represents the harsh medieval wilderness with bandits preying on unsuspecting adventurers unprepared for the hostilities of unguarded forest paths.

In the coming months, they will be working on NPC dialogue based on our newly written lore by professional writers to lay down the frameworks of moral decision making and non-linear quest system. We will also be fleshing out on the frameworks of warband mechanics via the introduction of heraldry on equipment such as shields, surcoats and banners on polearms. Another focus will be inter-player and inter-warband conflict with the introduction of our partial player looting system.