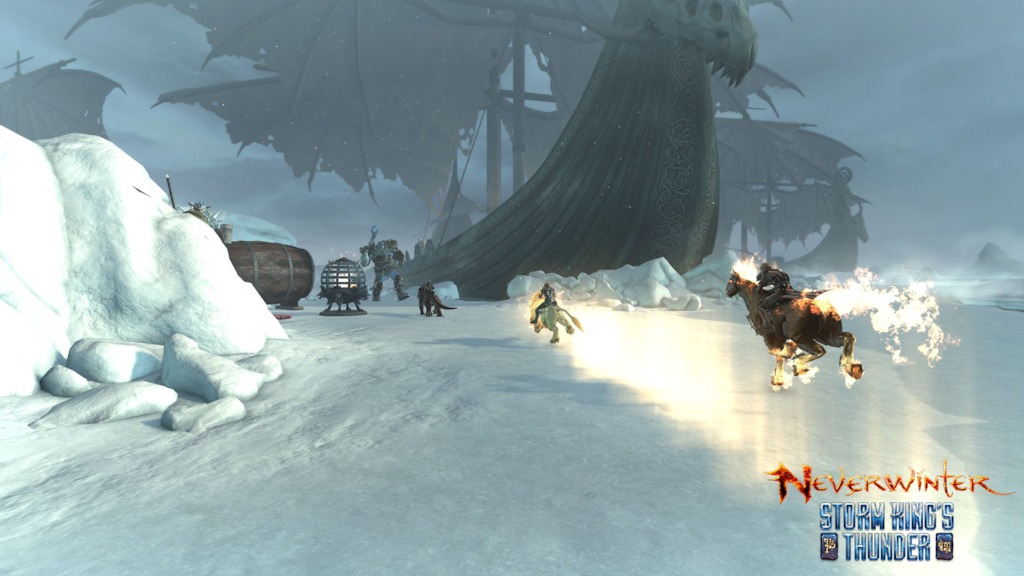 Today, Perfect World Entertainment Inc., a leading publisher of free-to-play MMORPGs, and Cryptic Studios announced Neverwinter: Storm King’s Thunder, the newest expansion in tandem with Wizards of the Coast’s latest Dungeons & Dragons story, will launch on Xbox One and PlayStation®4 on October 18, 2016. This adventure sends players back to Icewind Dale to face off against invading giants, while braving their way through three new adventure zones and a challenging new dungeon.

Storm King’s Thunder begins as frost giants force their way into the northern regions of the Sword Coast creating a call-to-arms for Neverwinter’s strongest to defend the land from these gargantuan invaders. Adventurers will travel to Bryn Shander, the largest settlement within the Ten Towns, to save the townsfolk from attack. To defeat the frost giant threat, players will need to enlist the help of classic Dungeons & Dragons characters such as Catti-brie, Wulfgar and Harshnag. Once the battle has been won, they will continue on to Lonelywood and Cold Run, until they eventually reach Fangbreaker Island, a remote isle in the treacherous Sea of Moving Ice.

PlayStation®4 players will also receive The Maze Engine: Guild Alliances update, which brings quality of life improvements to the Dungeons & Dragons-based MMORPG. PlayStation®4 guilds of all sizes can form alliances with one another to strengthen their strongholds, team up to level them faster and earn better rewards for both guilds. Also in the Guild Alliances update is the new Sword Coast Chronicles helps guide players towards end-game campaigns, completing heroic deeds along the way.