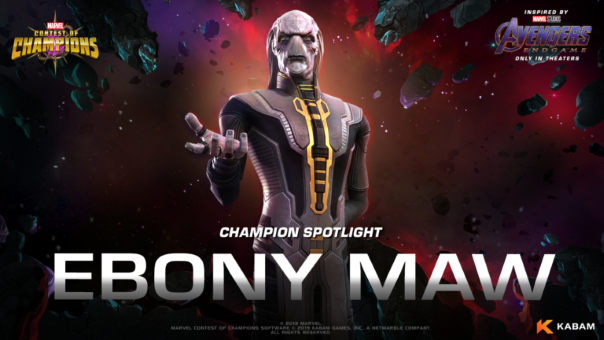 Member of the Black Order, and Thanos’ most trusted lieutenant, Ebony Maw has officially joined Marvel Contest of Champions. He features powerful telekinetic abilities instead of physical strength, and he can curve and bend the environment around himself with little effort. He can also sway some of the most stalwart of minds with his persuasive voice.

“…choose a side or die. One side is a revelation. The other is an honor known only to a few…”

Lacking raw physical strength, Ebony Maw uses his telekinetic abilities to strike his Opponent, this can make it quite challenging to parry him since only his Light 1 makes contact. As well, if given the time to focus on his opponent, Ebony Maw will begin to persuade them causing them to falter and miss attacks.

If Ebony Maw is able to fully persuade his opponent, he digs even deeper into their mind and begins deteriorating their mental state completely making him a dangerous foe that can hurt you without a single touch.

Developer Notes: Ebony Maw can be a pretty strong Alliance War Defender, especially when placed on a dangerous node, however, he also brings utility that allows him to dominate in a variety of different matchups, especially long-lasting fights where he’s given the opportunity to inflict the opponent with Black Tongue.

Developer Notes: Ebony Maw is very dangerous when focused, continually breaking his focus is the best strategy to defeating him. Champions with long reaching heavy attacks combined with non-damaging debuffs on their heavy hit are great counters since they will not only break his focus, but double the time it takes for him to focus again.