Neverwinter: The Heart of Fire Comes to Console in January 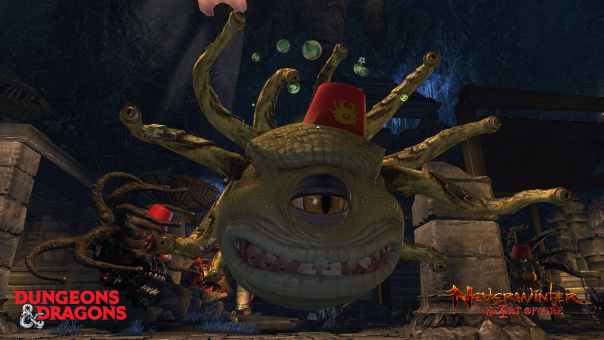 The Heart of Fire features Acquisitions Inc., and will be hitting Neverwinter‘s console edition in January 2019. On January 15th, 2019, the episode written by Jerry Holkins and Mike Krahulik, founders of Penny Arcade will be bringing their popular Acquisitions Incorporated characters Omin Dran, Jim Darkmagic and Walnut Dankgrass to PS4 and Xbox One. These characters are voiced by Holkins, Krahulik and Amy Falcone, respectively. The campaign leads adventurers on an exciting path through the ranks of the famous adventuring company, from eager intern to a grizzled, full-fledged team member.

The Heart of Fire content will span the whole leveling experience, letting players begin this humorous quest starting at level 15. A relic from Dungeons & Dragons’ past awaits, while also weaving through a Beholder convention. Players will ride a company airship and fight alongside Jim Darkmagic within the Manycoins Bank. Outside of this adventure, the Professions system receives an overhaul, which will let players have their own workshop. There are also other changes, such as improvements to class balance and rewards, all arriving when the module releases next year.