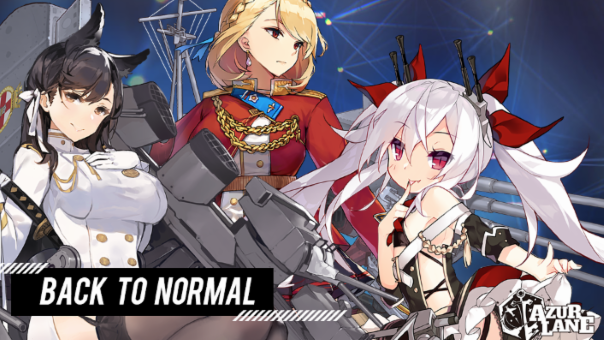 Yostar announced a new update that is arriving today for Azur Lane – Divergent Chessboard. New battleship girls, new plots, and holiday fun all await in the mobile battleship shooter. The Iron Blood battleship girls arrive in this update, adding 11 cute (but deadly) new ships to their fleets. The unique, Gothic new ships will include Graf Zeppelin, Admiral Hipper, Deutschland, and more. In this new version, players will also be able to get battleship girls like Aurora, St. Louis, and Benson through building. Lastly, popular, formerly limited characters like Atago, Prince of Wales, and Vampire are now back to normal.

The holiday season also strikes the seas in this update, with several Christmas skins for ships being available for a limited time. New plots and furniture for the Dorm will also be available. Lastly, following the popularity of November’s Black Friday lucky bag, Yostar will be offering a Christmas lucky bag for purchase, available exclusively from December 13-20 for $29.99 USD. The lucky bag will include a random Christmas skin, three random Christmas weapon skins, and other valuable items like coins and diamonds. Yostar will also be attending the Malaysian comic and gaming convention Comic Fiesta and will bring Azur Lane merchandise with them. There will also be cosplay presentations and a live lottery on top of that. Yostar also confirmed that they will be participating in a number of American gaming conventions next year.