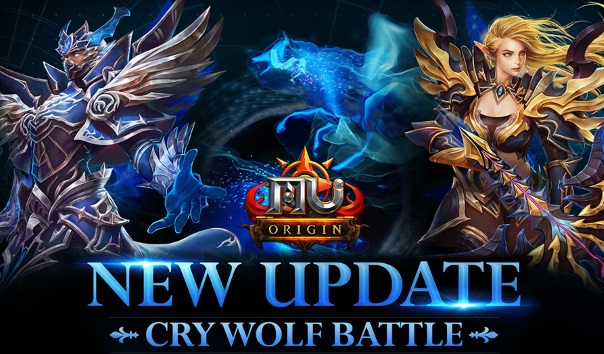 The latest MU Origin update, “Cry Wolf Battle” is officially live. It’s another fantastic update for the real-time mobile title. A real-time server guild siege, “Cry Wolf Battle” has been added to the game. A minimum of guild Lv.5 is required to join the Cry Wolf Battle, the guild takes on a special fort in a battle to conquer the defenses and maintain a stronghold there. Battles happen every day at specific times, with registration required to take on a fort. If they occupy the highest-level fort, a level 10 fort, their guild can receive a special title as the top guild of the MU Continent. With this, the Soul Stone System is now the Soul Gem System, offering a variety of elemental options for their combat needs. Wolf Dust can be acquired in the new server dungeon, Cry Wolf, to make these Soul Gems. There’s also the Dice Hunter System to help players change their destiny. Players can find events/rewards, as well as special items and do battle with bosses in the 10 floors of the Dice Hunter dungeon. Dice/Rubies can be found, which are exchanged for various items in the Dice Shop.

In addition to these major additions and changes, a number of other improvements have come to the game, including:

– Maximum character level has been raised to 11.
– Tier 12 equipment has been added to the game.
– The highest floor of Endless Tower has increased to 120.
– Two new pets, the Golden Monkey and the Famous Dog, are available to be earned through various events.
– The Auction has been tweaked and improved.
– The Character Delete system has been revamped to make it easier to use and offer a two-hour delay, allowing you time to change your mind.