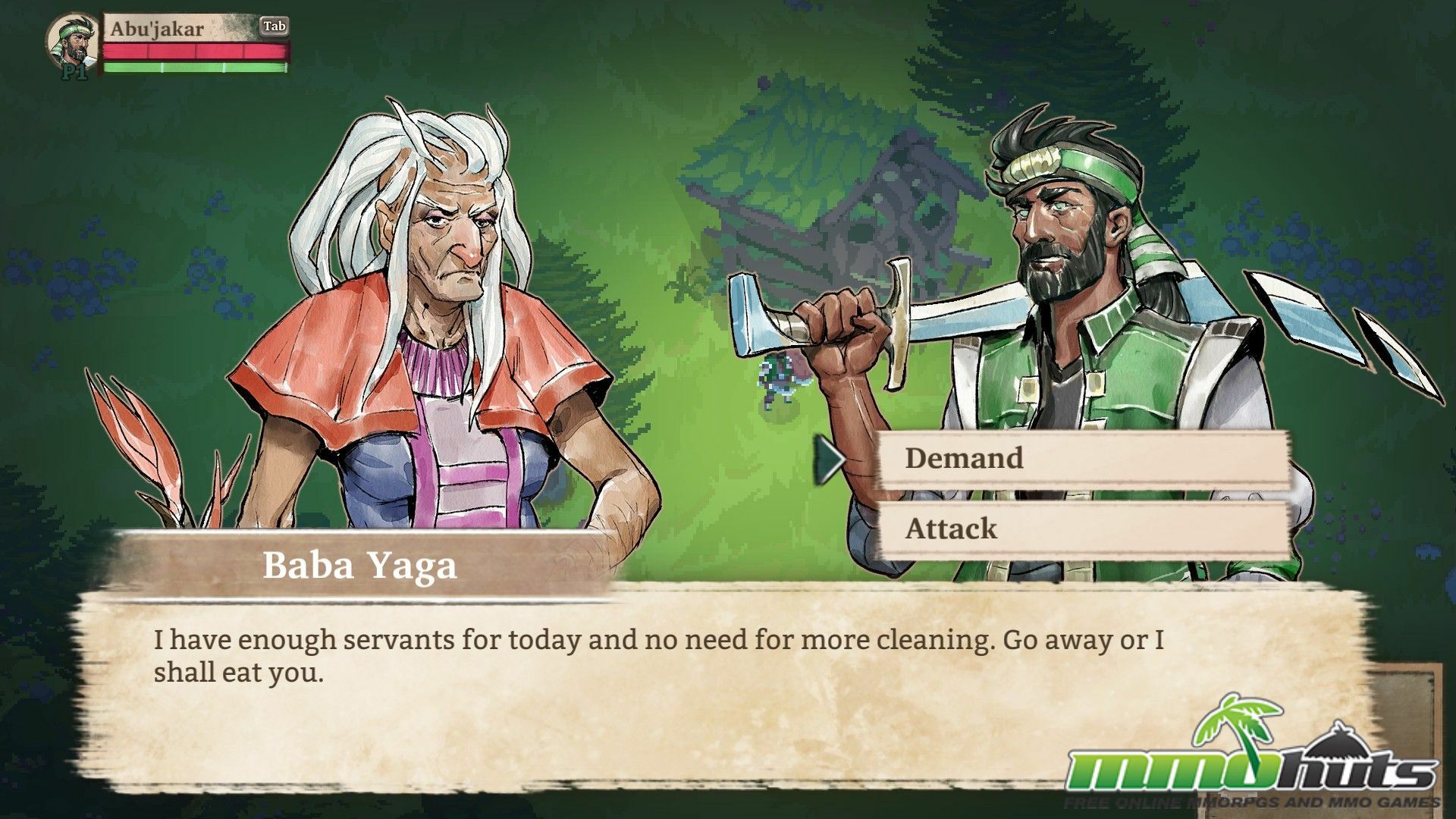 My first experience with Moon Hunters was an exclusive indie party during Pax East earlier this year. DizzyPW and I played it for a good half hour or so after quite a few drinks. But I had very fond memories of it and the development team that’s working on it. It’s a four player retro top-down RPG, very reminiscent of the 8-bit games of my youth. It’s not really 8bit as it’s cleaner and sharper; the character portraits remind me of a more western Fire Emblem, and that’s just beautiful. The ultimate goal is for your character’s deeds to be written in the stars above as one of the constellations, which is a pretty cool goal for any hero, and one that they ought to aspire to anyway; it’s fun, it’s fun without question. It’s not quite ready for release though, but I’m excited for when it is. The characters play differently with four already available and 2 more coming soon. The dialogue is interesting and your choices actively matter for gameplay. With four players impacting progression, things can get pretty interesting. On that note, playing solo is a serious gauntlet, but buying a pack to play with friends won’t be too pricey. It’s an indie title, and the price will almost certainly fit the amount of gameplay you get out of it. 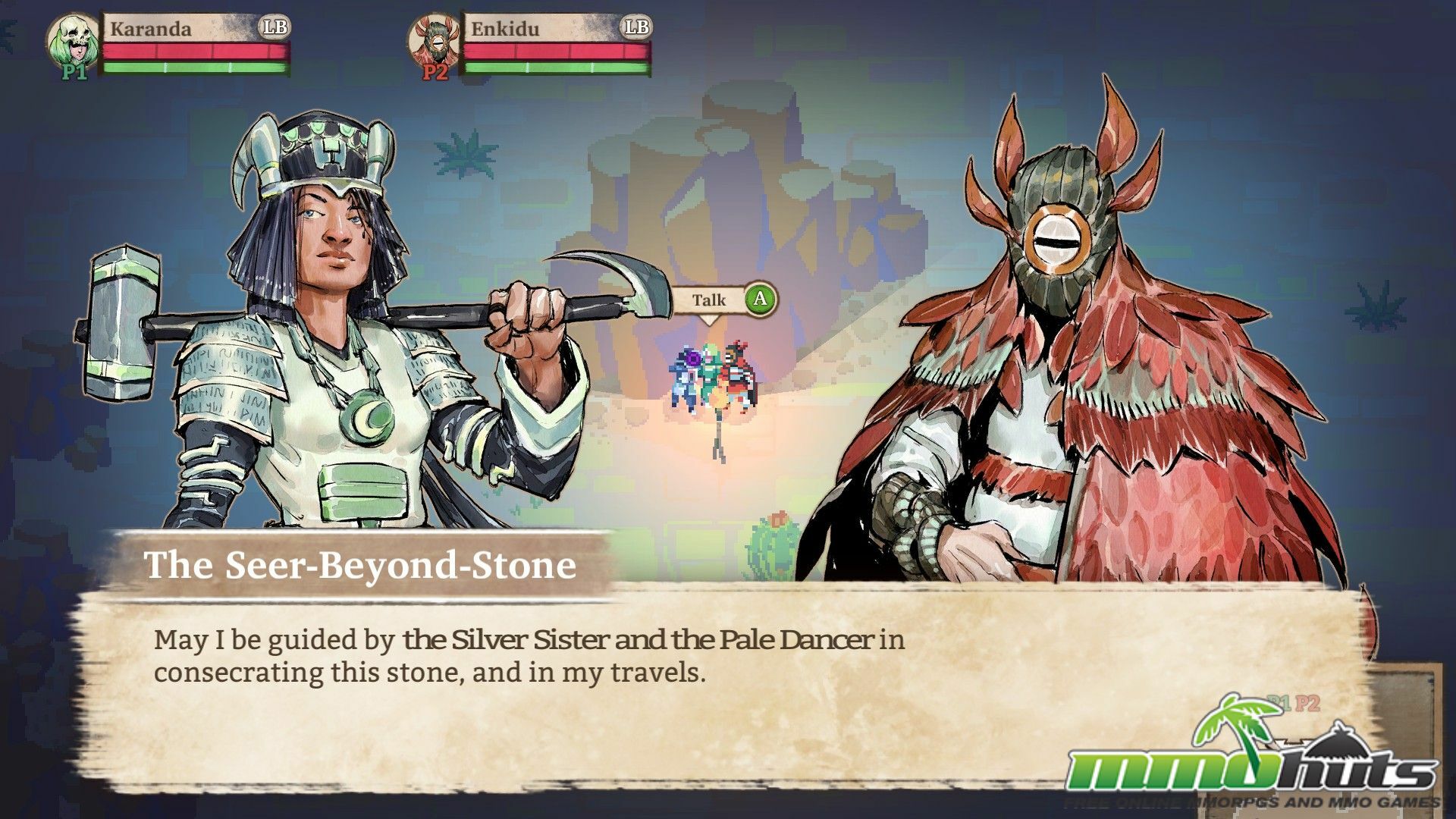 On the surface gameplay is simple, under the hood the depth is impressive.

Which leads me to the most critical thing for me to point out: It is short. Very short. Sure there are about several characters to choose from, and four starting points, but you have three days or so to complete the game. Win or Lose against the final boss, and begin again. Depending on how you treat people, you get assigned various traits (Foolish, Flirty, etc) and some caves/shrines/rooms cannot be accessed unless you possess one of these traits. There are cool things that can happen depending on what you say though; I got to take a Griffon to the final boss fight on one character because I convinced it to follow along with me. What you do builds a reputation in this myth-building roleplaying game! I appreciate that what I do matters, and people won’t always appreciate me being aggressive or rude as a hero. But sometimes… it pays off.

The zones are procedurally generated, so there’s lots of replay value throughout. Lots of secrets, and no real one way to go about the game. Every time I’ve made a character I’ve done it a different way, wandering to different parts of the map, unlocking new foods to cook, boosting my stats in hunts, talking to new NPCs, and dying. I did die a lot in single player, and if you die, you crawl away, losing some of your opals (currency) and losing a day of your quest. After you complete a zone, you go to your camp where you can do a variety of things, such as cook foods for stat bonuses, contemplate the stars and look at the constellations, hunt, or simply rest. Events can occur during these times too, so be on the look out and try different things. 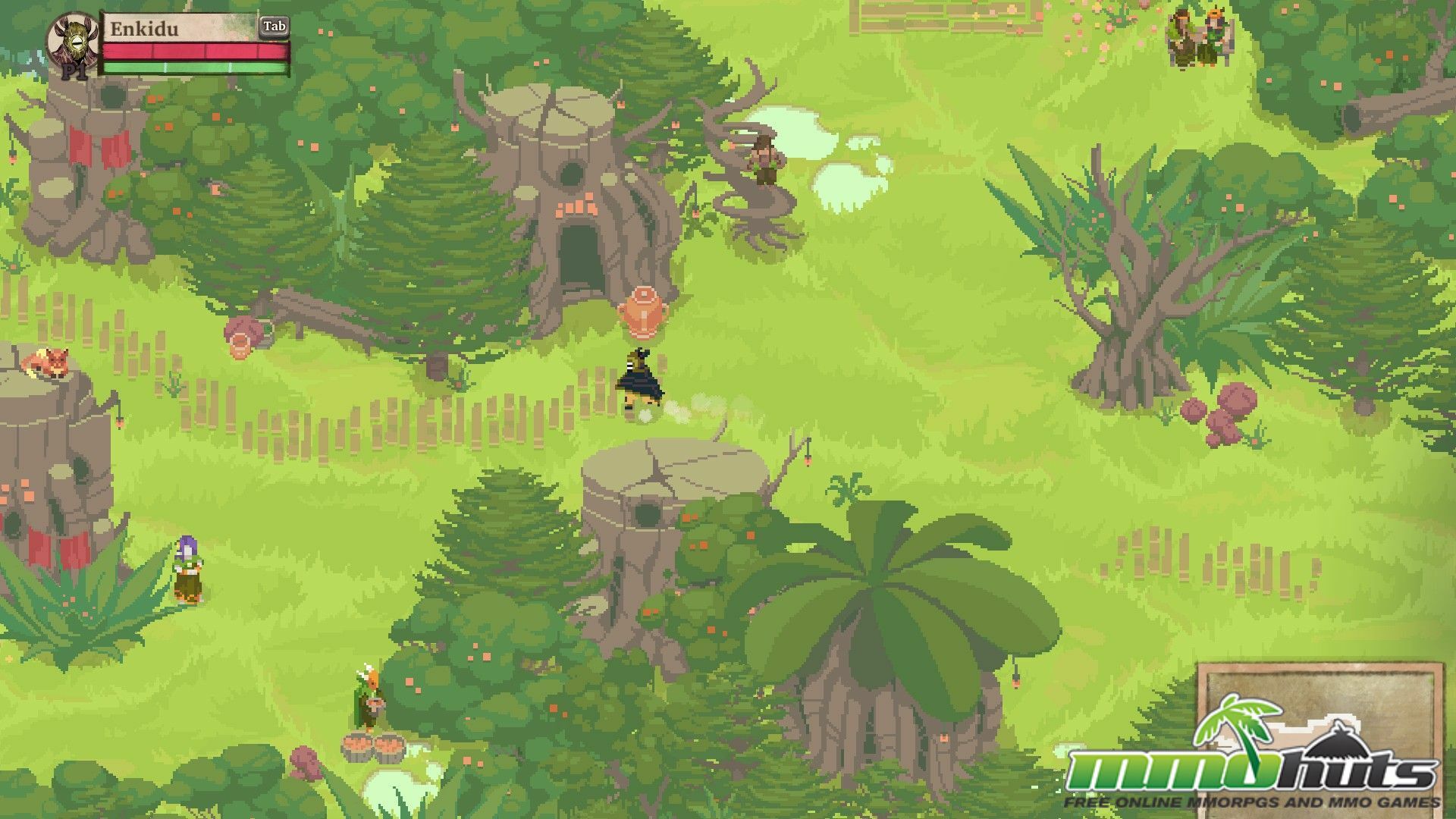 No two playthroughs will be alike, even with the same decisions the maps keep changing.

You can play using a keyboard and mouse, just keyboard, or a controller, but I have to say, I’m genuinely surprised that the Xbox One controller does not work with it. PS4 controller was just fine, but for a Steam game, I was shocked and amazed. The controls are smooth though, easy to get a hold of and only facing a few more bugs before being launch ready. I had a playthrough where I somehow had two characters bound to one controller and played an entire scenario that way, as a Druid and a Witch. 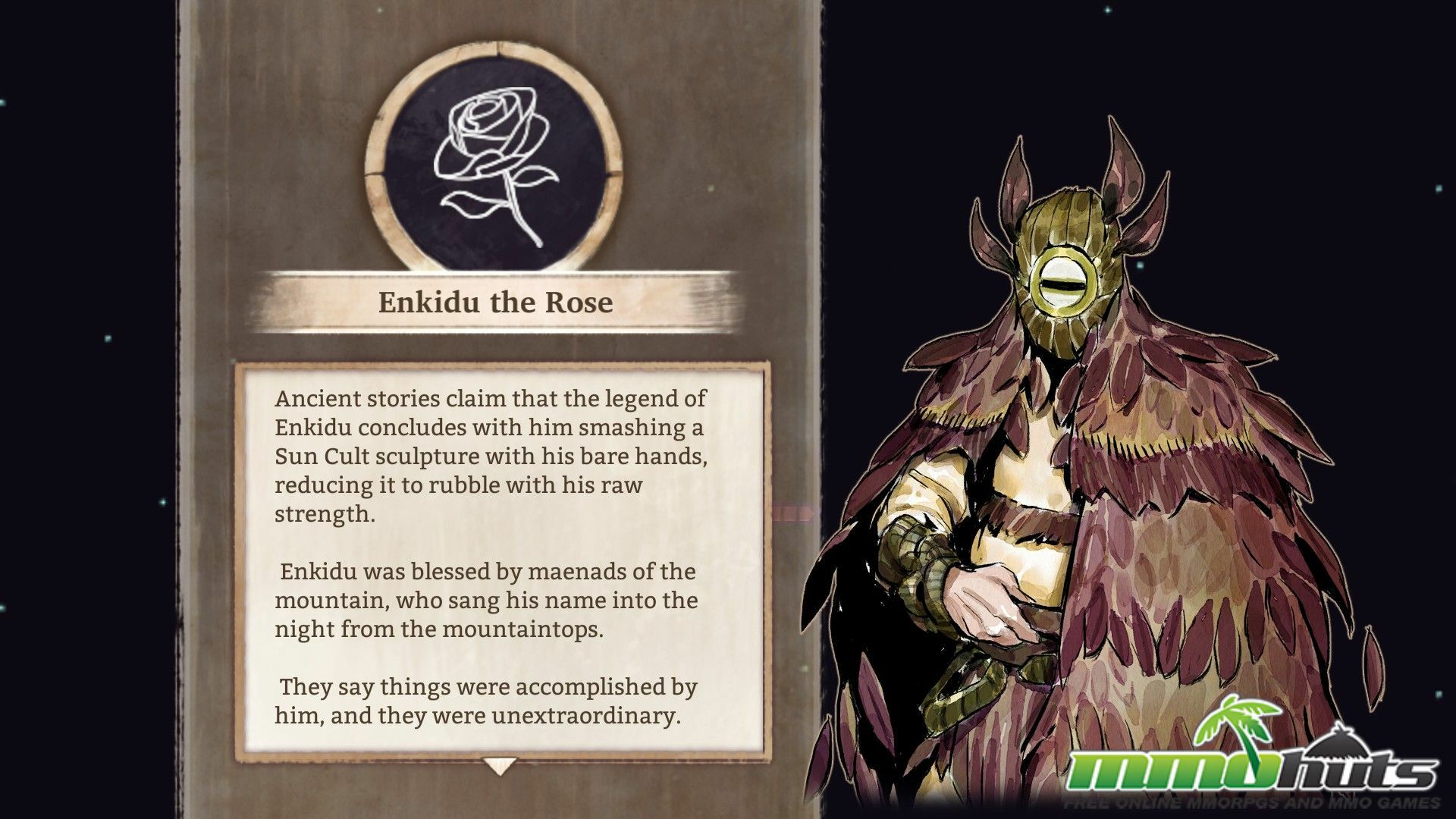 Your story lives on in legend, and unlocks new events for future playthroughs.

Unlike most RPGs, this game is easy to pick up and put down whenever you get the itch for some mythology writing. While it is short, I have to say that it’s kind of nice to be able to complete a game, and come back another time, and try it a different way. For adults who don’t have time to spend hours playing games like Fallout that consume lives, Moon Hunters fills the void. Playing a session with close friends every other weekend is always a blast and seldom feels repetitious. 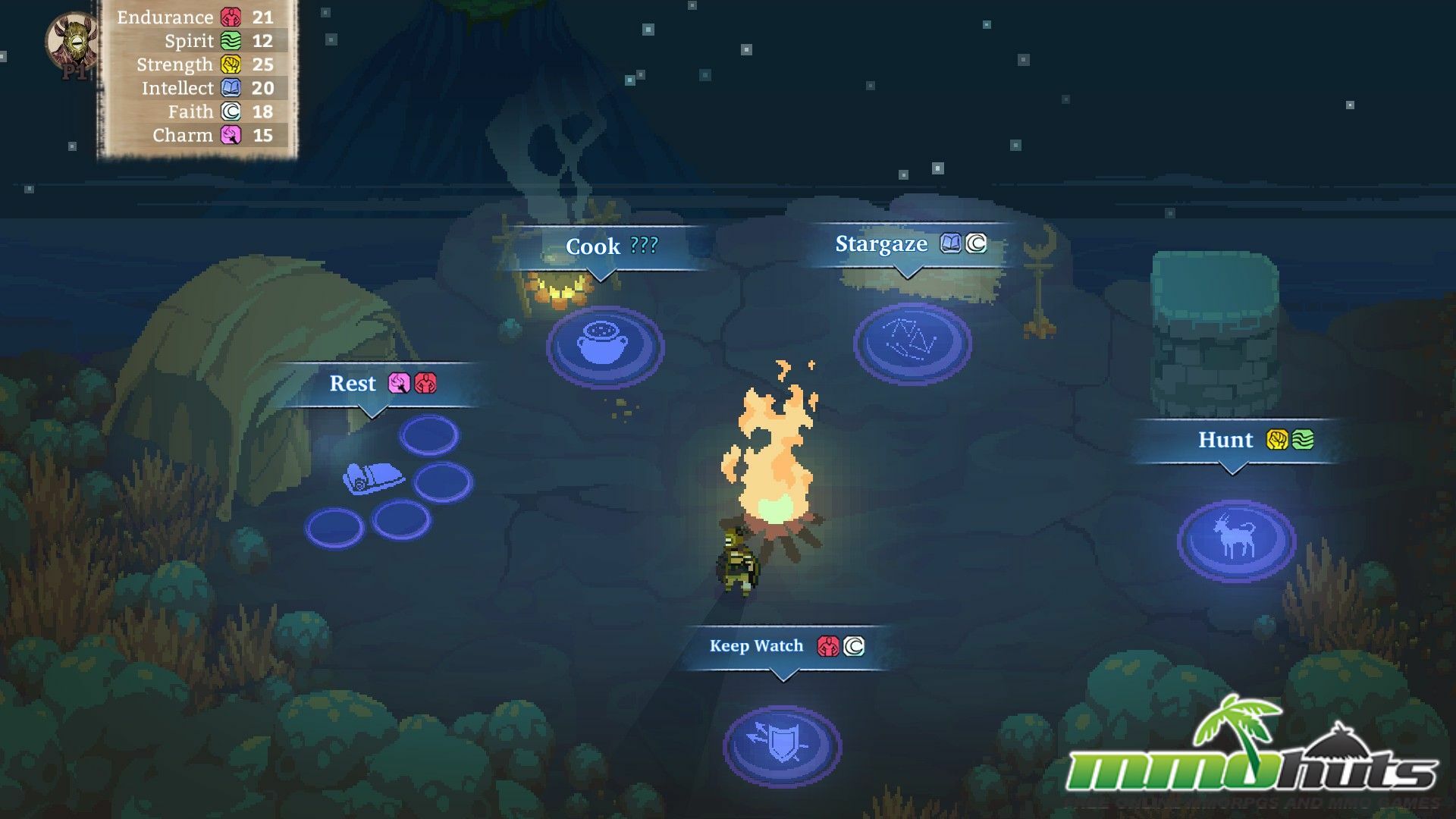 Moon Hunters was designed by a team of friends, and meant to be enjoyed by friends.

Moon Hunters is fun, and while my big complaint is how incredibly short it is, I don’t feel like that’s going to make it unplayable. As I said, it’s pretty easy to pick up with a few friends and kick evil asses, and come back to it at your leisure. There are so many different ways to play; will you forgive someone who lies to you, or destroy them as a lesson to others who may try and deceive you? Or even more simple choices like, killing a bird for food, or letting it stay alive in a village where it can grow, and leave eggs for others. It’s unique, it’s fun, and it’s a modern game with that retro spin on it. There’s no way you can go wrong with Moon Hunters when it drops in February.