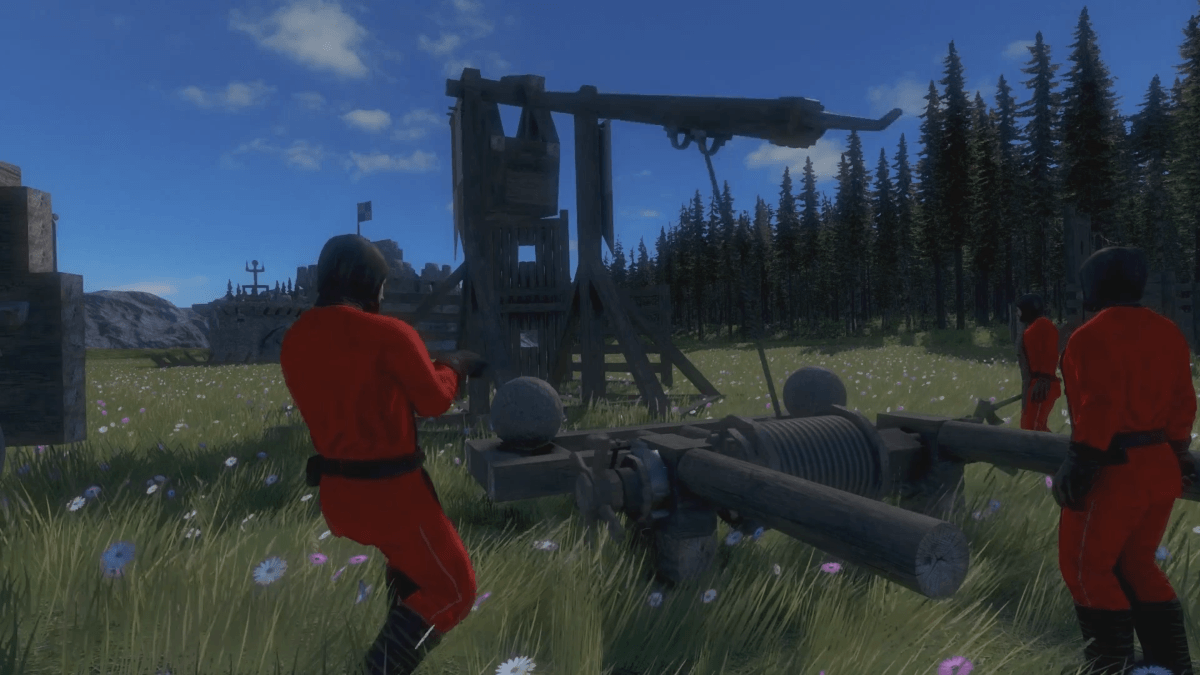 A brand new mode has been introduced to Medieval Engineers: Castle Siege. In Castle Siege mode, players can choose between two sides: Attackers and Defenders. The Defenders select a map with a castle and their goal is to protect the King statue that is hidden somewhere inside it. On the other hand, Attackers must destroy the King statue within the pre-set time limit. They can use different approaches to achieve that such as using siege weapons to attack directly, or ladders to go over the castle walls, or even by digging under the castle and invading from inside!

This is the first version of a new work-in-progress mode that will grow and expand as the game does. The mode has been created to introduce a fast-paced proving ground for the players’ castle designs and also increase the gameplay action! In the upcoming weeks, Keen House Software plans to add more weapons, armor, and a better combat system including ranged weapons. They are also considering enabling some survival features in Castle Siege.

More details about Castle Siege and future plans for the game’s development can be found in latest developer’s blog post.