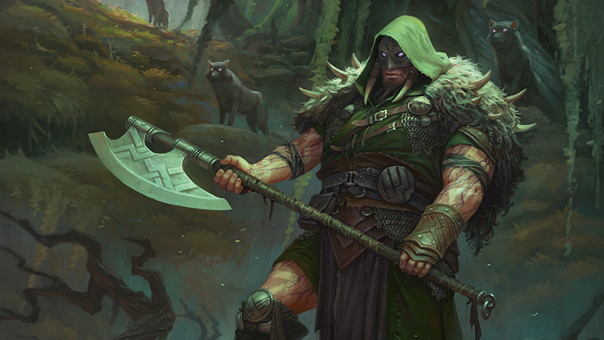 On September 26th, Magic: The Gathering Arena officially leaves the beta phase, and goes into full launch. Thankfully, there will not be a reset. I already have so many cards that I would probably scream if it happened a second time. As far as the Standard Meta goes, it’s going to change on that same day, with Ixalan, Rivals of Ixalan, Dominaria, and Core Set 2019 all rotating out. That is a ton of cards going away, some of which I am elated to see go away (mostly Planeswalkers), and a mountain of cards I’m sad to see go. The Historic Meta will be developing in Arena soon enough, with the potential addition of this game type, but that’s not Standard. September 26th is a massive day in Arena though because this is also when Throne of Eldraine goes live in-game.

Most of my decks are going to be unplayable, in particular, any game I was getting serious wins with. My Jund Dinosaurs deck is practically unplayable, as Carnage Tyrant and Ghalta are both going extinct. Does that mean I’m going to be out of options? Of course, not, there are going to be so many new, amazing cards in Throne of Eldraine! So I was looking at some of the decks I enjoy the most in the current meta, and what I’ll have to do to make them playable. So I’m going to highlight a few decklists today. Not too many, I want to do some real experimenting when the cards go live.

Why is this so important? Because on September 26th, players will have access to playsets of every card in Standard. You can build and play any deck you like, until October 1st, 2019. You can only participate in the event once, but you can win up to 12 matches. This is practice, more or less, for the secondary event, on October 5th. From October 5th-7th, this event comes back. If you get 12 wins in this event, you unlock 1 of every single card in Standard. This includes the brand-new Throne of Eldraine set. You also receive a sealed event token. There are other rewards and more info in the link below.

Over half (31 cards) of the Jund Dinos deck is going away with this set rotation. Even with the fun cards like Marauding Raptor and Shifting Ceratops, it’s not going to be enough to make the deck stick around. However, Jund (Red Green Black) is still incredibly powerful. I’m going to have to shift Jund Dinos into Jund Mid-Range, taking some of my previous Gruul (Red/Green) aggro/midrange deck, and shifting it Jund. Though I’m only really putting one black card in, but it’s the only one I need. Garruk, Cursed Huntsman is incredible, which lets me create creature tokens and gives him loyalty counters when the wolves die. He can also destroy creatures/offer card draw, and gives his creatures +3/+3 and trample. It’s not very hard to get this either, with the right set up. With Domri, Anarch of Bolas on the board, she can make certain those wolves die. The rest of the deck is pretty standard fare and includes the absolute best creature in the entire Eldraine set: Questing Beast. It’s going to be a bit pricey to build, but it’ll be worth it.

Sadly, this meta does not feel like it’s a very control-heavy deck. Any deck I win with is either Aggro or Mid-Range. My control decks wind up getting overrun by creatures because I never draw into my board wipe. With one of the Teferis being rotated out, that’s going to wind up hurting Esper Control (though baby Teferi still exists, and is still a nightmare). The other deck I had the most success with was Red Deck wins/Cavalcade of Calamity. Unlike the previous iteration, it’s actually going to use a rare land! Castle Embereth will be inflatable! Though this is still a Cavalcade of Calamity deck, thanks to Legion Warboss, Footlight Fiend, and Chandra’s Spitfire, you do have some non-1 power creatures. Bonecrusher Giant is more in the deck for his Adventure spell, which makes damage unpreventable this turn. It’s an incredible way to make sure your deck snuffs someone out. Fervent Champion also will help as a 1/1 with First Strike and Haste. He can’t grant another Knight +1/+1 unless you have two of him on the board though: He’s the only knight in the deck. The mana curve is still very cheap, and while it runs more rares than ever, it will be worth it.

Are there cards or decks you’re excited for in Throne of Eldraine? Let us know below!