Mad Machines Will Be Available on Discord First 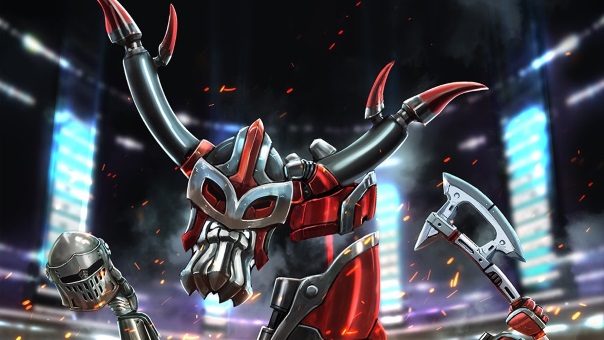 Hero Blocks, developers of Mad Machines have announced that their game will be first available on the upcoming Discord Store later this year. It’s a competitive multiplayer game, and as communication is key to victory, Discord is the ideal place for this community hub to be located. Teams of robot gladiators do battle in a hockey-like competition with giant magnetized spike balls. The team that scores the most goals wins, in a game that starts at 3 vs. 3. People attending PAX West in Seattle will be able to play and win prizes in onsite tournaments, and interested parties can sign up in the PAX PC room (third floor of the Washington State Convention Center).

Hero Blocks is planning to welcome players into an early access version of Mad Machines as a “First on Discord” title later this year. The game is currently in a closed alpha test, which included a name change (formerly known as Block Sport) and an ongoing in-game art revamp to infuse more color and life into the aggressive tendencies players unleash while controlling the batty battlers.

“Players who are looking to show off their personal skill with managing precision-based controls, team up with friends or just enjoy some good old-fashioned, rump-stomping melee action should play Mad Machines,” said Carsten Nissen, CEO of Hero Blocks ApS. “The action is fast with matches lasting four minutes – plenty of time for the most creative and fierce play to be rewarded like a viking entering Valhalla.”