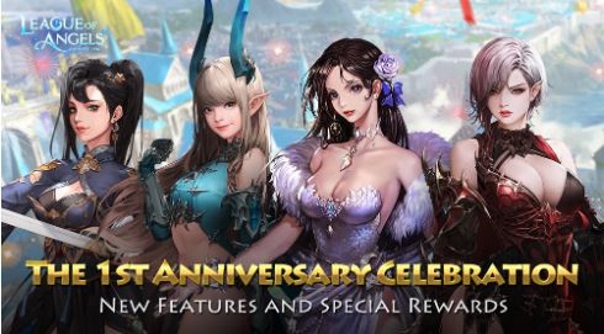 League of Angels – Paradise Land is celebrating their first anniversary this month and has reached over 140 countries/regions around the world since then. With 40 heroes in the game, 6 being SS Grade Heroes, it brings a lot of variety to their playerbase. New game modes have hit Paradise Land, from Dominion, Mineral War, and Temple of the Void, which have been well received. To express their gratitude, the Paradise Land team have set forth a number of rewarding events and game features for the month of June. A new Exalted Relic is coming, in the “Wall of Glory”. It is presently in the possession of the Mountain King, but wielding it increases the BLK and PVP DR of deployed heroes to 12% and 10% respectively. It is available in the Carnival Celebration event.   There is also a new Hero in Enchantress, who was born into a noble family. A survivor of devastation and war, she travels the land now to help those in need with her enchanting songs. She will be coming in special events soon, so stay tuned to the game. There will also be Anniversary Chests which contain resources, Anniversary coins, as well as three new titles.