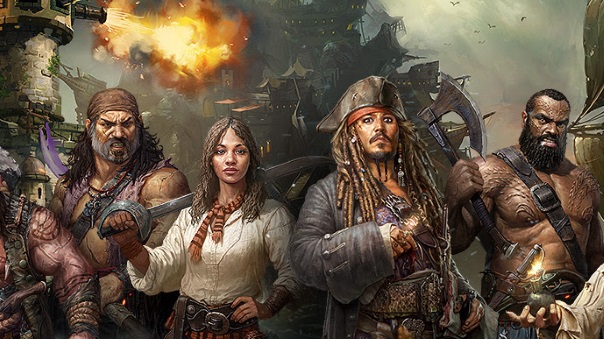 Joycity announced the details for the upcoming Pirates of the Caribbean: Tides of War update. This one has a dark spin on the notorious Captain Jack Sparrow. An integral part of the game, fans have asking for more of him since release, and they don’t have to wait much longer.  Captain Jack Sparrow’s Shade joins the game as a Tactician for players to acquire, and those who play through Chapter 1 (Jack’s Memory: The Curse of the Black Pearl) will be able to obtain him. The legendary Black Plearn will also receive a new aura to reflect the update. Along with Captain Jack Sparrow’s Shade, 4 additional new Tactician characters are joining the Caribbean.

Tactician management is also included so that players not only see Tacticians in their fortress, but their full Tactician roster as well. This update will also improve elements of the UI, and players will be able to check all of their in-progress tasks at one time. There will also be a 7-day check-in event during the entire month. Eligible players who log a total of 7 check-ins throughout the month receive a fierce new Tactician, Nami Hayakaze, as an event reward.