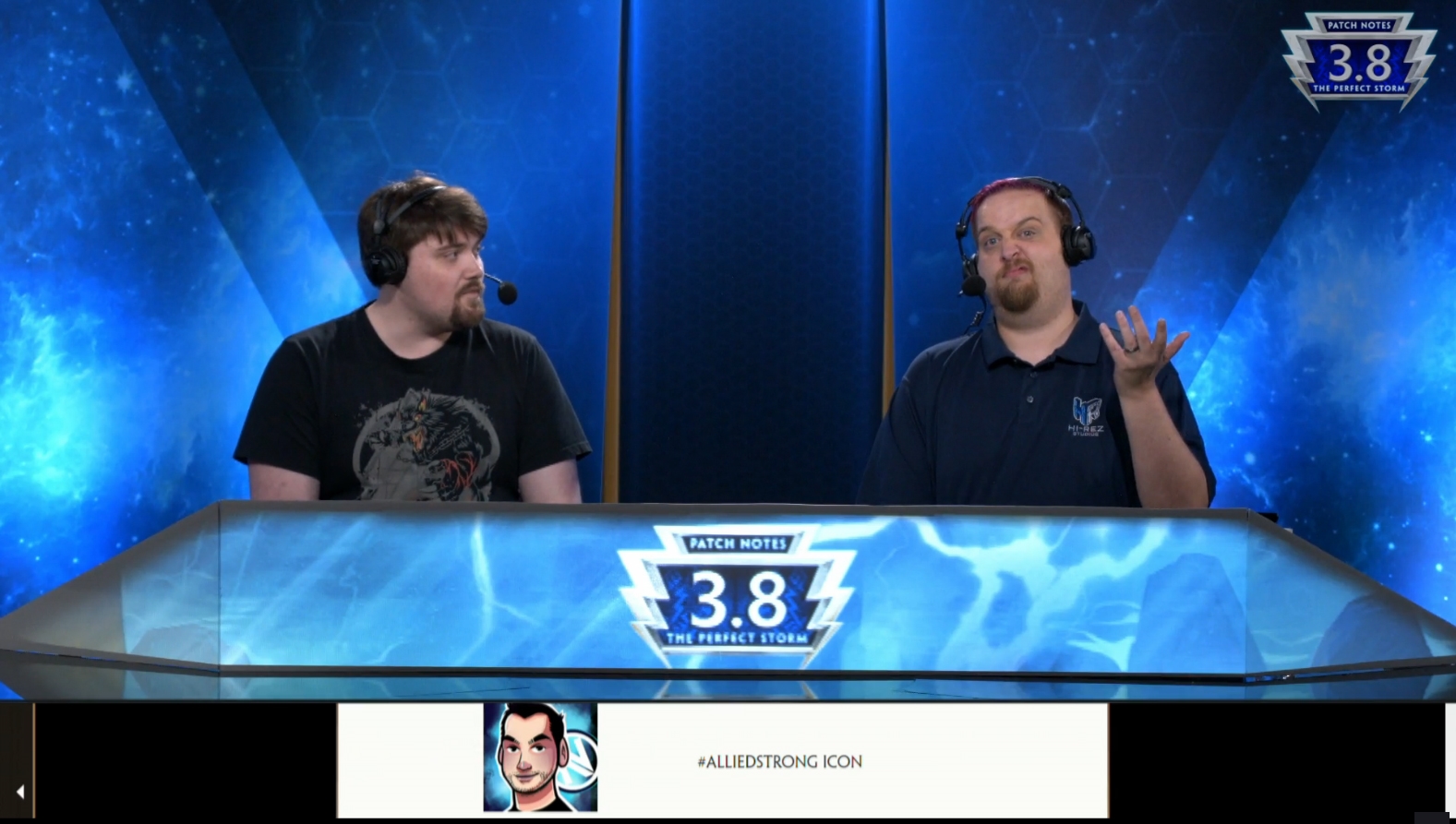 The Season Ticket is getting an update after Dreamhack, and will feature the following:

Players will also soon be able to access a new free avatar with the code #AlliedStrong in honor of this year’s Spring Fling. New achievements are also in for Loki and Zeus.

The speed camp has returned to Conquest. The boar camp is removed and mana camp to moved to where it was. Boar XP increased (now on duo side) and their sound reduced. Fire elemental gives more exp, and no longer spawn once fire giant has spawned. Back harpies moved back to back, respawn times are adjusted.

The reason for these changes is that in Season 3, the Jungler has become a mid-support role. Without a speed buff, map positioning becomes a risky chore that typically doesn’t pay off. Characters like Mercury as he’s better off with speed returning. As a result the solo lane is rebalanced out now so that jungle can rotate in to take the experience.

Fixed an issue with GM messages being sent out as GM global alerts (oops!).

Susanoo (spelled by Hi-Rez without the additional o) is Amaterasu’s younger brother from the same parents. A troublemaker that fights frequently with Amaterasu. In his lore, he refuses to sacrifice a child to Orochi, an eight-headed dragon. Instead he gets the dragon drunk, closes gates on dragon’s neck, and cuts off the heads.

Susano is an assassin designed to do damage safely by managing enemy movement. His kit is as follows:

Swift as the Summer Storm (Passive)
For each trained ability that is on cooldown, Susano gains bonus Movement Speed (4% per stack).

Storm Kata (Dash Special)
Susano moves thrice in quick succession; after each attack he has up to 3s to fire the next one.

Wind Siphon (Cone)
Susano commands the winds to blow, dealing damage in a cone in front of him. Enemies in the center of the attack are pulled toward him.

Jet Stream (Projectile Special)
Susano throws forward a gust of air which creates a whirlwind, dealing damage every .75s for 3s. The ability may be activated again to let Susano teleport to the whirlwind.
If the initial gust hits an enemy, the whirlwind surrounds and travels with them, and teleporting to the Enemy reduces the cooldown to 6s.

Typhoon (Ultimate)
Susano summons a hurricane at his location that pulls enemies toward the center while growing up to twice its size. Susano may activate the ability again to launch the storm in the direction he is facing, knocking up opponents in its path.