At long last the biggest event of the year in League of Legends is here: the World Championship. The very best teams from each region come together in the same place to duke it out and find a grand champion.

For the past several years Korean super teams have swept their way through the preliminary games and went on to cleanly win the Grand Finals, however, this year may very well be different. NA’s TSM, EU’s G2, and LPL’s EDG are looking in top form, possibly providing the toughest competition since season 2. Well, that’s if they can make it past groups.

Group Stages
The group system works like this: the top 3 teams from each major region (NA, EU, LCK, LPL), and the top 2 from the sub regions (LMS, IWC) are put into 3 pools where they are then picked one by one into their respective groups. Essentially, they are picked in such a way that each group is roughly equally represented regions-wise and skill-wise (i.e. one good team, two ok teams, one bad team). 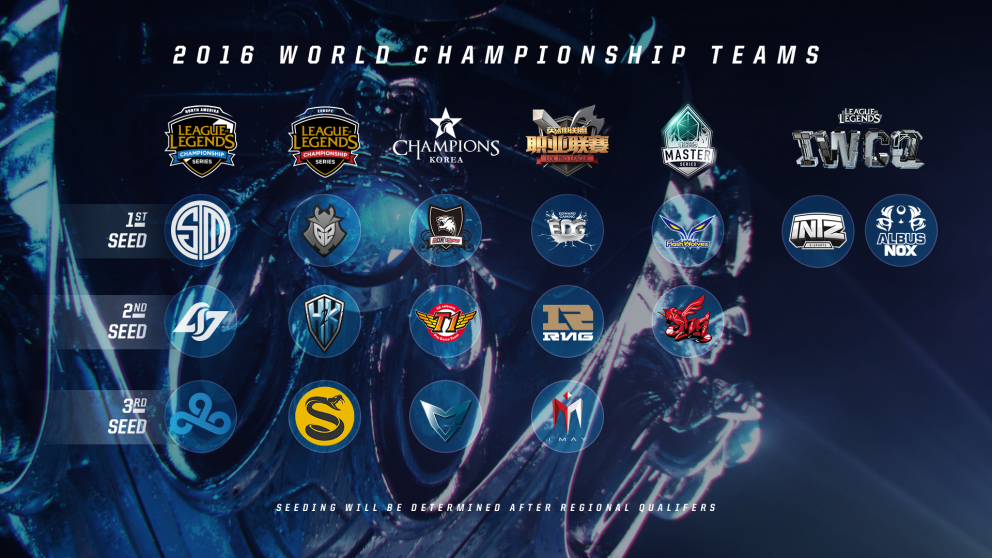 Prediction: ROX and G2 will sweep, easily moving forward; CLG may take a game here and there. Albus will probably not win a single game.

Prediction: SKT and FW may drop a game or two, but not much more, extremely likely to make it to quarterfinals. C9 and I May will take games off each other, albeit ultimately heading home.

Prediction: EDG will not lose a single game, similarly ahq will see great success. INTZ and H2K, like many other teams in this tourney, will have a bit of competition among the worst in their group, but have little chance of making it out of groups.

Prediction: Arguably the worst in skill overall, but also the least predictable group. TSM, RNG, and SSG will be in a toughly contested fight for only 2 spots while Splyce will inadvertently be the tiebreaker based on whether or not they can take a game off the others. 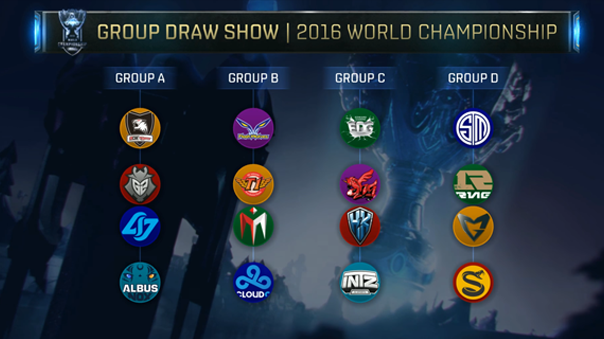 Knockout Stages
After the group stages things really start to get serious. Gone are the goofy best-of-ones on an equally represented competitive landscape, now it’s only the actually good teams playing out grueling best-of-fives. Because of the lack of more international tournaments throughout the year -among other issues preventing seeing the true skill of a team such as nerves, jetlag, and generally being on tilt- it’s incredibly difficult to accurately predict who even makes it to the quarterfinals, semifinals, and grand finals. However, just based on brute power there are a few teams one should keep an eye on.

Teams that are possibly contenders for the throne:
Without getting into the complicated bracket system past group stages, a ROX Tigers (LCK 1st Seed) vs. EDG (LPL 1st Seed) grand finals wouldn’t be much of a surprise. Both teams look absolutely incredible, EDG is looking particularly unstoppable.

Otherwise, SKT is an obvious pick for a top player, being a two time world champion does that, however, they’re having jungler issues that I feel may even knock them out of quarterfinals.

One tier below them is G2 and TSM, granted they are summer grand champions for their region and very well may pull of a cinderella story, but I question the extent of how far they can go simply because their regions are weaker in general.

It’s very unlikely any other teams will see great success, notably the likes of RNG, FW, and SSG will put up a good fight if they make it past group stages, but won’t do much more than that.

Player Watch
There are a lot of fantastic great players out there, these are a few of the best to watch out for.

Cloud 9: Impact (Top)
This toplaner, out of nowhere, as turned on beast mode and will probably be able to hold his own against even the likes of super-stars Smeb and Duke. Well, now that I think about it, he is after all the season 3 world champion, I guess he was just chilling until now.

TSM: Bjergsen and Doublelift (Mid & ADC)
The sweethearts of NA and pretty much the region’s core representation. Both of these players are undeniably word class in their positions at Mid and ADC respectively. The only problem is that they have to carry everyone else on their team who are average or below average.

G2: Perkz (Mid)
Playmaker, takes an aggressive approach and fights for every inch. His team usually catches him if he falls, but his tendencies could lose his team some key games. Do not let him have Ekko.

EDG: Clearlove and Deft (Jungle & ADC)
There are two reasons why EDG is so terrifying: Clearlove and Deft. Clearlove is a jungling veteran that seeks nothing less than perfection, even going so far as to blame himself for every loss (of which they recently had very little of going 16-0 in the regular season, then winning the grand finals 3-0). Deft, although less experienced, is superbly mechanically gifted.

ROX: Peanut and Smeb (Jungle & Top)
Peanut is easily one of the best junglers in the world, his aggressive tendency to achieve first blood for his team has won ROX countless games. Smeb on the other hand is simply unstoppable in lane and often shuts down or solo kills his opposition so Peanut can focus on other areas. Smeb is the Faker of the Top Lane.

SKT: Faker (Mid)
The two time world champion, the king, the god. Faker. Every player is compared to this living legend. He has his ups and downs, like any player does, but he somehow always manages to show up and delete his opponents when needed most. One of the most brutally aggressive and suffocating laners in the world.

Champion Watch
Thankfully, there is no huge class rework completely flipping picks-and-bans on their heads this year, instead the champions to be played will mostly be what we’ve already seen in Summer. Note: this based more on what was actually played in the summer playoffs and not necessarily what patch notes may reflect.