Did you guys really think that N.U.R.F. mode was going to be a thing? I heard so much of an outcry over it that it drove me near to madness! However, that was the big April Fools’ Joke. Morello Mode was not real. Instead we get another round of URF mode! Huzzah! Normally when I talk about a new mode I ask what it brings to the game, what sort of new techniques or game mechanics we are focusing on with it. However, URF is different. URF is Ultra Rapid Fire, a ridiculous mode full of overpowered, fast-paced, insane gameplay. Whether I win or lose, I always have fun with URF. Everyone wins in URF if you just relax, and enjoy the chaos.

However, there are also a few other little tidbits coming with the URF patch: April Fools’ Skins! Urf the Nami-Tee, Order of the Banana Soraka, Archduke Nasus, Definitely-Not-Udyr, and Surprise Party Amumu! These skins are adorable, and range from 750-975 RP a piece. They bring lots of cool, attractive UI effects (my favorite being the Happy/Sad face on Amumu’s ult, depending on when he hits someone or misses) which will no doubt rake in piles of money for Riot. They already got some of my money. . .I would definitely implore everyone to jump into URF mode while it lasts, get the cool icon for playing, and relax! You’ve earned it; trust me. I’d also like to take the time to thank a few players who were kind enough to join me in the craziness: Captain Kippy, Lady Foxen, cursidblessing, Thank you for letting me ruin your day with madness. 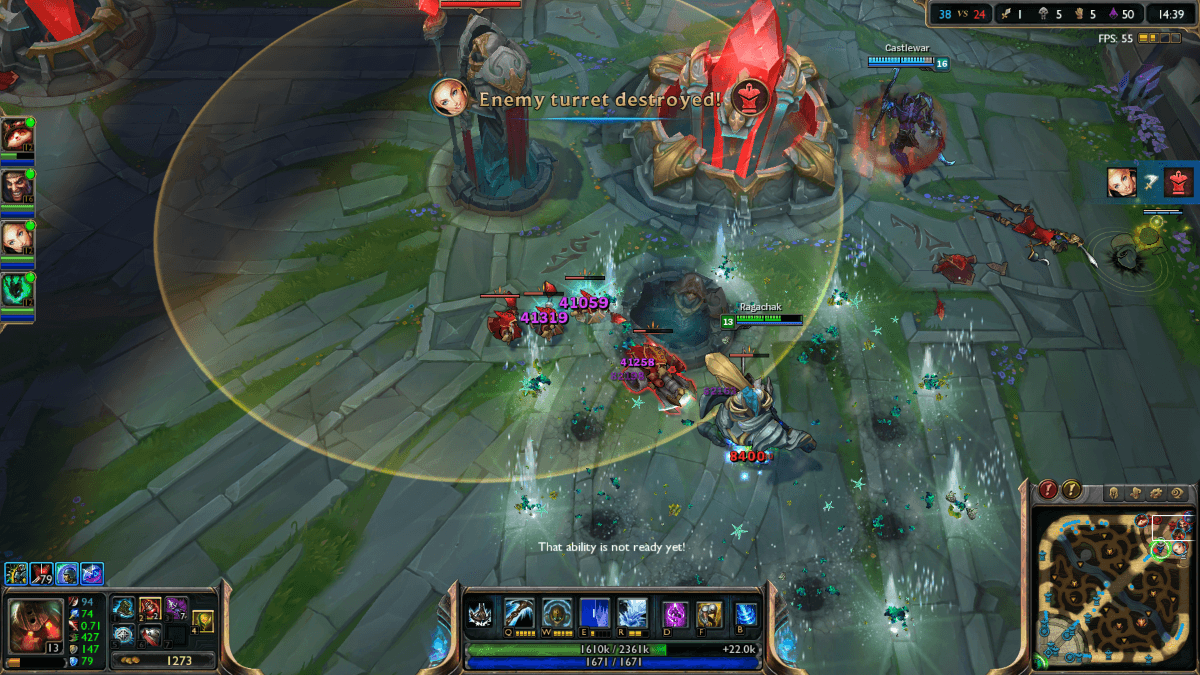 Outside of Doom Bots, URF mode is probably the most popular extra mode that Riot has produced. The first time it was released, certain characters were removed from the start, or after about a week: Kassadin, Ryze, Sona, Hecarim, Kayle, Soraka, Nidalee, Alistar, Skarner, all of these were unplayable. In this iteration of the mode, EVERYONE can be played! Each team gets three bans, and then it goes to blind pick, so mirror matches can happen. Are there certain champions that are ludicrously powerful in this mode? Of course! 100% mana/energy consumption reduced, 80% CDR, “Tons of Damage”, +25% Tenacity, Critical Strike, x5 gold gain? Anyone can be strong with that buff.

I’m so glad that everyone can be played this time, too. Granted, only a handful of the auto-removed champions were ones I actively played, but it gives more freedom to be able to play those champions. Sure, Sona is outrageous, and I two-shot several champions with her (including the enemy Sona!), but as soon as Akali pounces, I may as well get ready for the gray-screen-of-death. It’s just good, wholesome fun. There are people who of course manage to be toxic in this mode, or try strange, normally unplayable things but I think that even that is not so bad in URF. I frankly, just had fun playing with people of all skill levels, whatever strange idea they had, I was on board for. 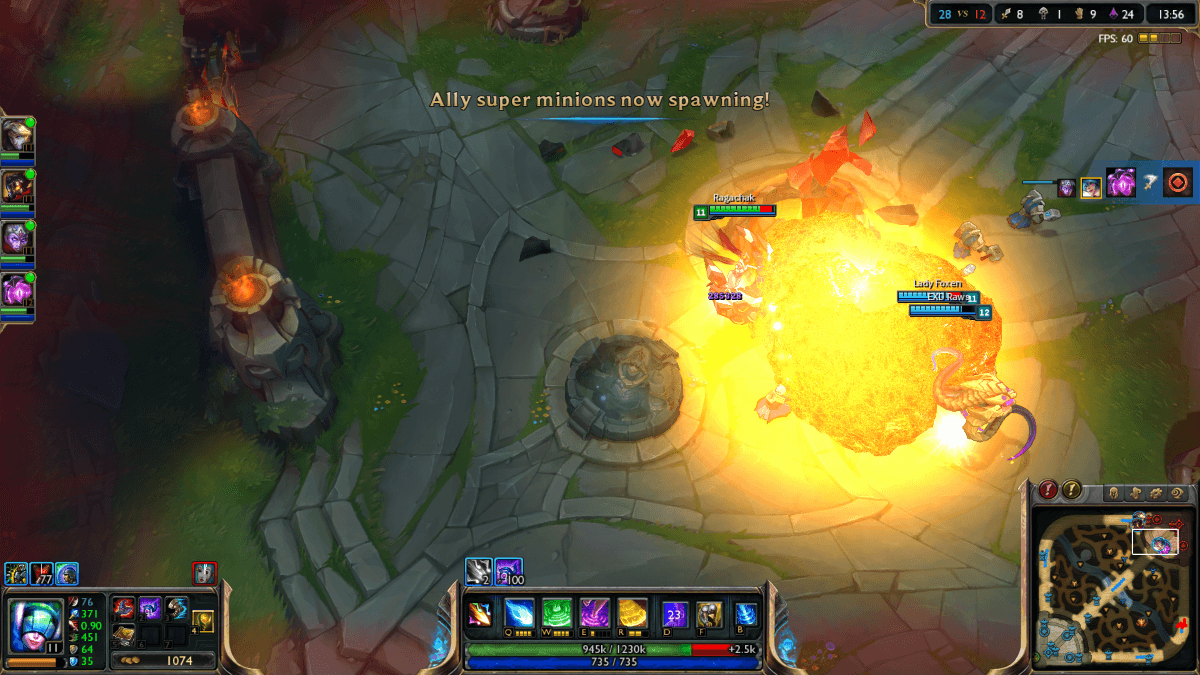 It’s Not All Roses and Shaco Boxes:

Yes, Virginia, everyone is playable at this writing. I do not know how long URF will be playable, there are a few balance issues that are addressed. Kassadin’s Rift Walk cannot be used infinitely and forever. At some point, he will Walk so many times that his maximum mana (humongous as it is in this mode) will be lower than the cost of Rift Walk. You cannot use an ability if you do not have the actual mana to use it. It won’t go down, but it won’t be usable if you exceed that mana pool. Teemo can only have 20 mushrooms, Shaco can only have six boxes. Alpha Strike’s cooldown starts at the end of the ability (So no permanent Alpha Strikes, Yi players).

There is something else added to URF mode to make it a little more fun. Heal Embargo: All direct healing effects are 50% less effective at the start, increasing as the game goes on (reaching 100% at 25 minutes~). Shield Overload shields have been weakened as well. There are so many champions that can permanently have a shield up in this mode (Nautilus, Morganna, Janna, Karma, Sona, and more), and with that in mind, non-ultimate shields are lowered by 50%. While the game continues to be a non-stop asskicking/trolling festival, it is something everyone can enjoy, no matter your role or preferred champion. Even poor Urgot, almost forgotten, has a role to play in URF. 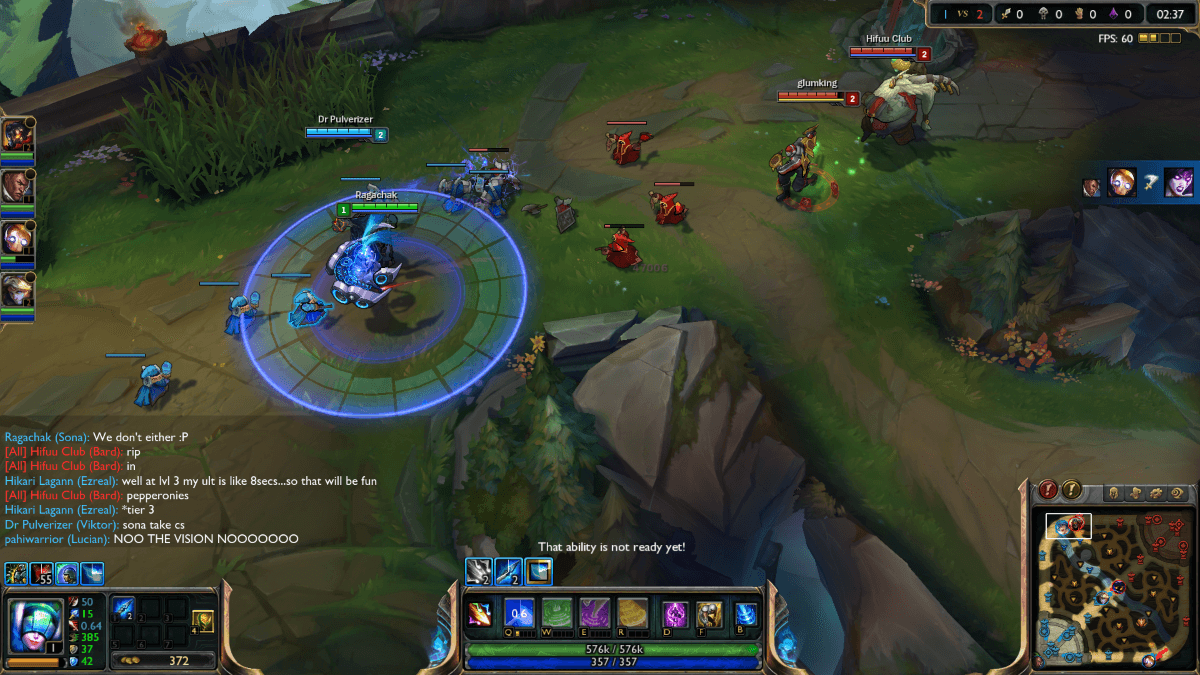 Is It Worth It? 100% Satisfaction Guaranteed.

URF Mode is probably the most detailed and intense mode offered up by the Riot developers. I was delighted to see it again, since I did not get to play as much of it in the 2014 URFlympics. “Blind Draft” is a cool concept, where we get both modes, and the “New Ultra Rapid Fire” buff was so horrific that I knew it could not be real. +200% cooldown inflation? +225 Movement Speed Reduction? That had to be a joke. Now if it were a roaming debuff, that might be hilarious. Sometimes, players just want to forget about ranked, and rude players. We just want to put all the animosity aside that comes with being in the MOBA Community, and . . . just have fun. That’s what URF is. Everyone can just forget about how much they don’t like each other and just explode one another.