World of Tanks Set to Go Under the Sea 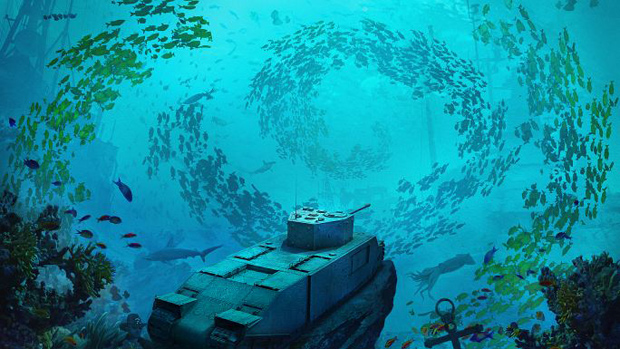 Wargaming, inspired by the interest in their upcoming naval team arena battler, World of Warships, has decided to take the next step and push their premier franchise where no tank has gone before: The bottom of the sea!

Waterworld of Tanks will float tanks through iconic locals in the Pacific and Atlantic ocean with all the tanks you’ve come to know and love, only now with fins and propellers to push them through the murky depths. Players can utilize cover including lazily swimming sharks and whales as they experience true to life reality with reduced gravity and 80% movement speed debuffs.

Waterworld of Tanks will be getting up close and personal as shell firing ranges have been reduced to 10meters (artillery 15 and must fire upwards!). This should lead to some slow and furious combat hyjinxs as players strafe circles around sharks and hit the turtle jet streams to find an opening.

For further details including a teaser of the upcoming Clam Wars, visit the official site.