League of Angels III Celebrates Theresa and her Dancing 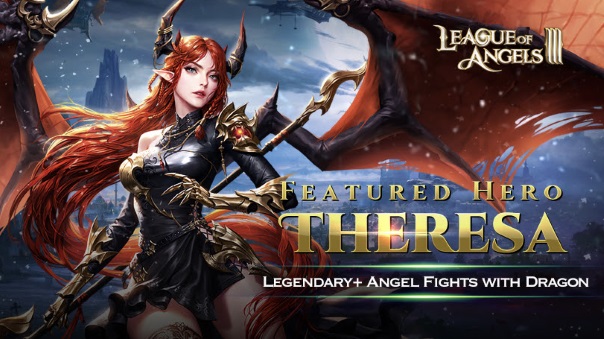 The latest character to come to League of Angels III, Theresa is receiving a special event in her honor. She is also in no way related to the UK Prime Minister, either. Due to her special heritage, Theresa’s life was full of conflict in League of Angels II, but League of Angels III is celebrating her kind, though rebellious disposition with a special in-game event. The game also saw some major improvements with 4.0.0 – Guild War was rebuilt, and the first Mythic Hero was added (Victoria) in the new Temple – Nebula. A new mount also arrived in January, the Night Falcon. It’s one of the few flying mounts, and grants an increase to the battle rating of your heroes, while also adding Hp/ATK/DEF to them. This mount can be obtained in the Wheel of Fortune.