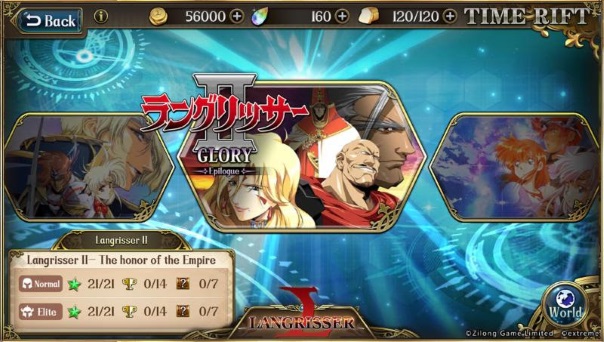 Langrisser Mobile is officially beginning their Closed Beta Test today, and spots are being distributed on a first-come-first-serve basis. Langrisser was born in the Golden Age of Tactical Gaming (1990s) and is regarded as one of the two titans of the genre, alongside Fire Emblem. Battles can be influenced by enemy type, terrain, and the battlefield pattern. Players must stay on their toes and think tactically if they want to succeed in this latest Langrisser title. Langrisser mobile will also feature a Time Rift mode, where players can tackle classic levels from Langrisser 1-5, and remember fondly soundtracks, pivtol moments, and struggle all over again.

The complex class system is one of the key features of Langrisser series. Langrisser Mobile features more than 80 heroes, with each hero having its own class tree, resulting in infinite team combinations. Players must stay flexible in order to select the ideal team configuration, maximize combat power, and take down their enemies. For the first time, the long-lost continent of El Sallia is arriving on mobile platforms, once again revealing the legend of Langrisser, a powerful and mysterious weapon that, in the right hands, can channel the gods and destroy the forces of evil. The original series’ popular cast of characters will also be returning to battle, including Elwin, Leon, Sherry, Bernhardt, Ledyn, and Dehault. This is also the first Langrisser game with PVP, letting players do battle 1v1, as wella s powerful boss monsters that can be battled (alone or with a group).