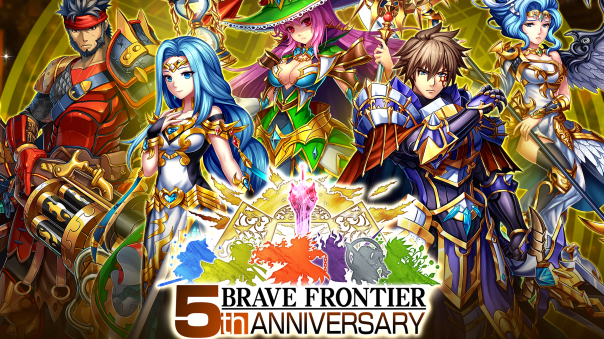 Jubilee Campaign:
To show our sincere gratitude to players who have been with us since the launch of Brave Frontier, we will be awarding our players with exclusive Anniversary Gifts. Each player will receive different sets of Jubilee Tickets and Jubilee Chests based on their total number of days the player logged in since the beginning of the game until November 27, 2018.

Players will stand the chance to obtain Elementum tomes, Amber Butterflies, elemental shards, and even more fabulous freebies from these Jubilee Chests! Grab this chance to summon powerful units for free at the anniversary exclusive Jubilee Summon Gate!

Unit-of-Choice Campaign:
The popular Unit-of-Choice campaign is back! Log in for a total of 50 Days between 12 Oct to 12 Dec to snag powerful heroes or heroines from the wide world of Gaia for FREE! All units are available for summoning in this campaign except for units from Guild Raid, Vortex Arena, and the Rift.

Gems Heaven:
It’s raining Gems! On top of the usual Gem giveaways during our login campaigns, we will shower everyone with Gems for every date that ends with the number 5 during the Anniversary celebration period. Remember to log in during those selected days to claim these free Gems!