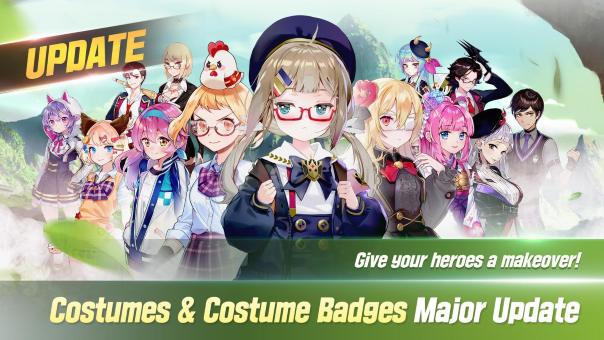 Netmarble has announced the launch of a major update for its mobile RPG, Knights Chronicle.

Part of the new update introduces the Costume feature, which allows players to change the outfit of their hero and increase their abilities, even changing skill effects, making them useful items for all players.

Badges, found in the Costume Badge dungeon, can also be added to costumes to enhance heroes’ growth. Also new is Enhancemon, which makes hero enhancement easier.

Two new characters also make their debut: Berdandi, a member of the Draiden Elite, and Nikita, an arms dealer from the Underworld.

For seven days, players can take part in special events including half-stamina for dungeons and earning crystals to buy a new costume.