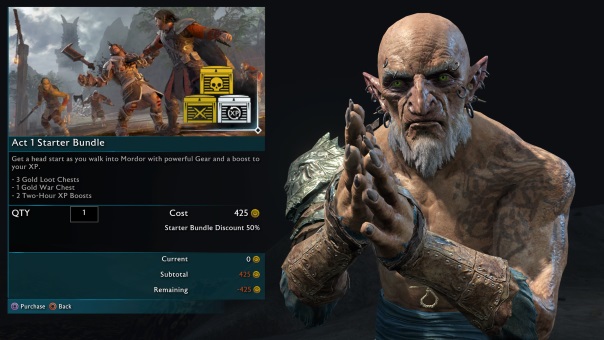 Yesterday, we learned that the ESRB plans on taking action, in regards to games that feature in-game purchases, extra content, DLC, extra levels, and anything that can be acquired with money, outside of the real game. This new label is entitled “In-Game Purchases” for all physical copies of games that feature these. In a post on Twitter, they made the following statement:

This label, or as we call it interactive element, will appear on boxes (and wherever those games can be downloaded) for all games that offer the ability to purchase digital goods or premiums with real world currency. This includes features like bonus levels, skins, surprise items (such as item packs, loot boxes, mystery awards), music, virtual coins and other forms of in-game currency, subscriptions, season passes, upgrades (e.g., to disable ads) and more. We’re also launching a new website ParentalTools.org to help raise awareness of the helpful tools that parents can use to manage the amount of time or money those crafty kids spend playing games.

On the surface, this might seem like a great idea. This is apparently the first of many steps to further “enhance” the rating system with publishers, developers, and everyone else and will continue to “make adjustments” as necessary. And sure, it sounds like a wonderful idea. At first, I thought it was just a bandage, something to slow down the bleeding, gaping wound that is lootboxes in retail video games. But let’s consider this statement carefully. That basically is 90-95% of games right there. Can you think of a game right now that does not have some manner of DLC to it? There are some, sure, but not too many.

This isn’t even a gesture of good faith. This will harm more than it will help. I don’t think that DLC should be lumped in with Lootboxes. But games that have gambling and forms of gatcha/lootboxes ought to be labeled in some format, that I can agree with. There’s a difference, a very strong, clear difference, between DLC, Season Passes, and Lootboxes. They should focus on predatory practices, instead of “anything that you can humanly spend money on”. I cannot even think of the last time a sticker on a game meant a thing. As someone who has worked in both games journalism and a video game retail outlet, it did not stop kids from getting whatever game they wanted. Will this label just lump all of these things together? Will there be different labels for in-game gambling? It just doesn’t seem like it’s doing anything effective, just trying to placate people without actually doing anything to stop this epidemic.

“We feel this is an effective response,” Patricia Vance, the president of the ESRB, said to reporters in a call Tuesday morning. “If you care about parents, if you care about their concerns, this is an effective response.” I just wonder how this is supposed to help parents, how it’s supposed to help children. This in no way halts children’s ability to spend money on lootboxes, or in any way inhibits the predatory nature of in-game gambling. All it does is put a label on the game that says it will have some form of paid content in addition to the regular game, which while helpful to know, does not narrow the focus at all. Virtually every game that is released will have it. If the goal is to bully the games industry, in the hope that parents will see this label and simply buy fewer video games, is that helping the situation or fixing the problem? Or is it going to make things worse?

I’d like you to think back to when you first started buying video games, whether as a parent or a child. The ESRB came onto the scene when I was in Middle School and did they stop me from getting Mortal Kombat 2? Of course not. I asked for it, and my mother bought it for me. Why? She’s a responsible person and is aware of me knowing the difference between fantasy and reality. Those labels do virtually nothing. As someone who worked in gaming retail, even if I told a teenager they couldn’t purchase a game because of that little sticker, they’d bring their parents back and get it. So that 13-year-old boy just bought OneeChanbara: Bikini Zombie Slayers.  I couldn’t make that up if I tried. You know what does help? Parents having the ability to disable in-app/on-console purchases for themselves. You don’t need a sticker or label to do that, you need parents who are informed and are paying more attention to what their children do.

I think another major problem with this is that the ESRB is self-regulated. This is a meaningless gesture, by a group, created by the game development industry to regulate and “warn” parents what is in a game to help them make informed choices. But do the ESRB really want gaming companies making less money? Of course not, it’s in their best interest to keep making money. It’s the most toothless, transparent gesture they’ve ever offered up. By creating this new label, almost every retail game will have it. That’s not to say I hate the labeling system. I think parents knowing what’s in a game is important, for them to make informed, wise choices if they actually do that thing.  I just do not think it should be an arm of the game development industry. This gesture feels like they’re not willing to admit that Lootboxes are a problem because the president of the ESRB has claimed that there is no conclusive proof that they’re harmful, but this label covers all games with extra content. That way, the ESRB does not have to admit that lootboxes are a problem in retail games and instead, can use this blanket statement (in the form of a new label) to “address” the issue. As a company that is not regulated by the government, they have no reason to go any further than this.