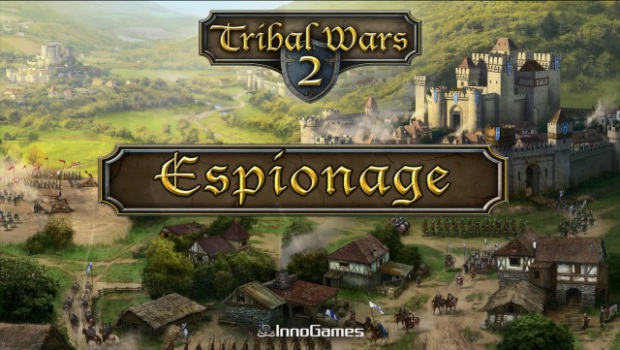 Today InnoGames released additional information on spies and the espionage feature of its online strategy game Tribal Wars 2. Aside from the large-scale battles that will dominate the majority of the game, spying on one’s enemies is one of the players’ most powerful devices. The information provided by successful espionage is crucial to estimate an opponent’s strength and army size and will be key to victory. In a new video, one of the Game Designers of Tribal Wars 2 explains how to best use spies and effectively counter them.

The Tavern, the new main building for espionage holds up to five spies, making successful gathering of information more about tactics than sheer numbers. From there, spies can be sent out on their secret and dangerous missions into enemy villages. Players also have a chance to prevent or counter spy attempts: In order to have defenses against incoming spies, it is of course vital to have spies trained oneself. But numerous countermeasure features allow for even more deception: Switch Weapons deceives opponents by interchanging troops’ numbers, while Dummies fills up players’ armies with fake soldiers. Camouflage displays false building levels and even allows to hide important buildings entirely. The Exchange feature even turns the tables on the spy – if caught, he is forced to give up information on his own village instead.

In Tribal Wars 2, players find themselves as leader of a small village in the midst of a medieval world. Tasked with growing and expanding their empire within a war-torn landscape, they have to fight in order to survive. The MMO’s focus is real-time strategic battles with and against other players. Tribal Wars 2 will be released as cross-platform game for Android, iOS and all browsers. Therefore, players can set up one account for all platforms and play from whichever combination of devices they choose. Players can already pre-register for the game’s beta on www.tribalwars2.com