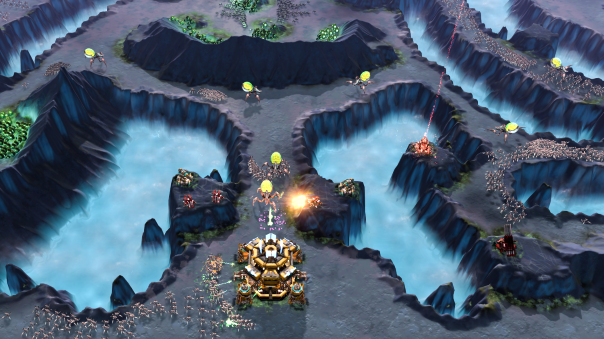 Stardock announced an upcoming Tower Defense title set in the Ashes of the Singularity universe, titled Siege of Centauri. Tens of thousands of alien machines are rapidly approaching Earth, and it’s up to the commander of the last of Earth’s defenses to fend them off. Each victory expands the map to a new part of the planet and also increases enemy aggression. Stardock feels their engine can handle thousands of units and aim to incorporate classic Tower Defense mechanics with features and capabilities first seen in Ashes of the Singularity. Early Access will be coming soon, and players can check out their website to sign up for further info, as it becomes available.