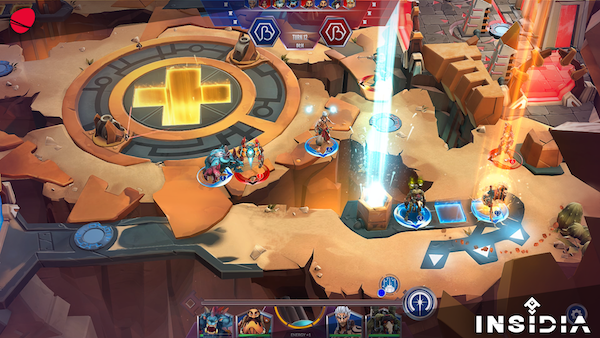 Bad Seed’s Insidia is launching on Steam’s Early Access platform on Sept 7th, and Gamescom visitors will have a chance to do battle in the turn-based game ahead of this on Aug 23rd through Aug 26th. Insidia is a highly tactical game, where players control a band of four customizable champions in turn-based online 1v1 battles. Players can diversify their chosen team from a colorful roster of wild characters, each with their own unique abilities and combat skills including fierce punks, mutated wizards and steampunk knights. PvP matches are limited to quick-fire 15-minute sessions where deft decision making is essential for victory. It’s a game that offers incredibly varied strategies, customization and tactics, whether you are in Tactical Mode [planning strategies simultaneously in a timed match] and Resolution Mode [excecute strategies one after another, reacting to what the opponent does]. It very well could be a breakout title in the esports scene when it goes live and will be the first indie title on FACEIT after all launch.