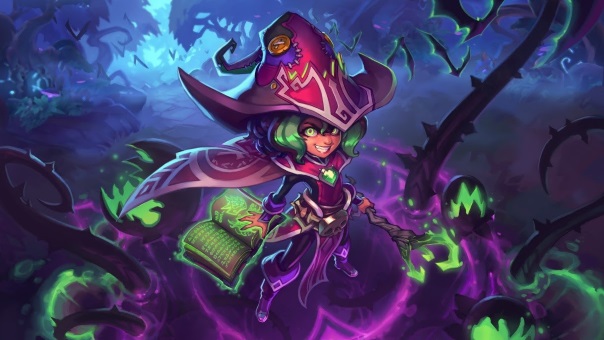 Wavedash Games announced a spooky new arena is now live in Icons: Combat Arena. Shadowbriar is located in an area dominated by eerie magic, and the platform is constantly rotating. The mystical forest is sure to give combatants far more than they bargained for, as this new arena goes live. This update also teases a new fighter in the dark magician girl, Ezzie. She’s a tiny witch who can release three different projectiles, can fly, and even her hat can bite her foes. She’ll be here right in time for Halloween. While she allowed Icons matches to take place in Shadowbriar, she never showed any interest in participating until Afi & Galu appeared. Covetous of whatever magic powered them, she joined the fighting league to take it for herself.