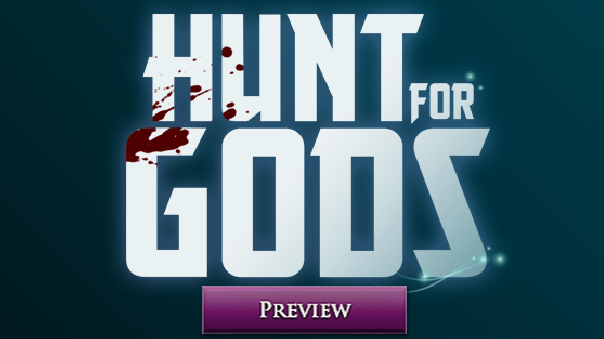 With visions of grandeur, Hunt for Gods takes a few notes from the 3rd person action MOBA Smite and attempts to add a layer of complexity by allowing one player per team to take on an omniscient role overlooking the battlefield, issuing commands to minions and directing teammates.

While certainly an interesting concept, the execution therein couldn’t be more poor. Everything about this game is terrible – from the placeholder graphics, atrocious animations, broken tutorial, confusing objective, to the insulting inclusion of a storefront despite being nowhere near ready. This whole project is akin to the mythological Icarus burning up, but before even taking flight.

The Fight for Favour

Hopping right into a game starts you off as a hunter on one great big platform in the sky. The third-person perspective, aiming, attacking, and ability usage are fairly reminiscent of similar games like the aforementioned Smite or Paragon, the difference being that there are no turrets, nexus, or lane-marching minions. Instead, you must move with your teammates to destroy the nearest guardian for a ‘page.’ Collect enough pages, win the game. Seems simple enough to start, but quickly dissolves into unintelligible chaos.

Even after playing for hours, I still really don’t get how you win on a reliable basis. As far as I know you have three win conditions, 1. quickly kill all the guardians for pages, which won’t happen because the opposition will kill their nearby one before you even have a chance; 2. rush down the tough-to-beat big bad in the middle map, while rewarding, your lack of overall map presence allows your enemies to operate unaccounted for; or 3. be the last one standing, but typically games end before that.

Admittedly, it does appear somewhat coherent when typed out, but the thing is, when you’re actually playing, the match seemingly ends at random – not to mention engagements with others usually ends up being a coin-flip or a battle of numbers. Quite often, just moments after killing our first objective, the game would end and I wouldn’t know why. Did the enemy get the necessary pages? Did everyone else die? Who knows, the game doesn’t tell you anything except whether you won or lost. Not that you’ll get to see the last few moments alive anyway. You get one life, and when your HP reaches zero, that’s it: spectate or leave.

The other ‘half’ of the game lies in being the overlooking deity. Starting in champ select, you’ll pick a god from the get go while the rest of your teammates are lowly pawns. In game, your perspective is a little different. Instead of a third person view staring over the shoulder of a character, you are in the sky with full view of the entire map. From there, you can cast stronger than normal abilities, give your teammates information through pings, as well as spawn and direct cannon fodder minions towards desired targets.

That’s all well and good, uniquely interesting even, especially considering there are three separate teams all competing against each other. There’s a nugget of brilliance in being a tactical adviser for your teammates as they do the manual work of carrying out that plan, but then you remember you’re playing with limited intelligence bots 99% of the time, or worse, with real people who either can’t lead as the god, or don’t care what you have to say as a troop. Although, it would be cool if you could remove the human angle entirely and be able to switch between god and troop on the fly, but that’s another game entirely.

More importantly, regarding the previously stated MOBA and godlike mechanics, it flat out barely works. Starting with something as simple as movement and attacking, they both feel loose, wonky, and are lacking the precise level of control necessary in an action battle arena. Similarly, I can barely tell what my abilities are doing, where they’re going, or if they’re having the desired effect against my enemies. The entirety of the implementation of the on-the-ground soldier portion is the absolute bare minimum necessary to exist at all under the defining genre.

To no surprise, the playing god bit is similarly terrible. From the very first second of trying to move the camera you can tell something is incredibly wrong. The rotating angle, for some silly reason, is incorrectly set to turning on a swivel instead of on a dolly. In other words, looking around is as if I have a big pet cone on my head. It feels slow, awful, and exceptionally cumbersome to navigate around with, which, is something you‘d theoretically need to do constantly. Thankfully, there are cross map jumping hotkeys, but you know, none of it actually matters since games end before you get a chance to do anything anyway. Most times I would simply look towards the first guardian, use my spells, spawn a couple dudes, and sit there waiting for the inevitable win or loss.

My impact on the state of the game, whether as a pawn or deity, feel almost non-existent. But considering this a moderately large battlefield situation, as long as you do the most that you can within the constraints you’re bound to have a positive win ratio right? Probably, but that’s not point. If you have no strategic satisfaction from playing, then you have to get that from somewhere else. Usually that means your personal progress was an enjoyable experience, however in Hunt for Gods that certainly won’t be the case since the way it plays and, by extension, what you’re doing is a pain to slog through due to the garbage implementation of absolutely everything.

Day for the Dump

Ragging on a terrible game is boring, but there’s still more to go. Everything audio or visual is also depressingly dreadful. I would say out of everything the modeling work in particular isn’t too bad, but unfortunately the animations ruin that one respite. Just take a look at the guardian attack cycle, it’s like he’s doing some kind of disco dance. Also note the awful look of swinging a sword, ugh, it’s all just so bad.

Needless to say this also extends to the environment, effects, lighting, way too big as-if-it-were-made-for-a-mobile-ARPG head up display, menus, character portraits/splash, and the straight from the 90s sound effects. Not exaggerating in the slightest, but this is the kind of quality my high school game design and animation class were coming up with. So, what does that say for it being available for the masses? Nothing good.

A Thin Veil of Innocence

By far the worst aspect of this entire thing is the fact that it’s not only up on Steam’s Early Access marketplace, but that the developers have the gall to have a storefront. And it’s not just a placeholder either, they are literally taking money for their product. Granted, at this time, everything is unlocked by default, but to promote this masquerade of giving them money in exchange for a non-existent product is absolutely disgusting. 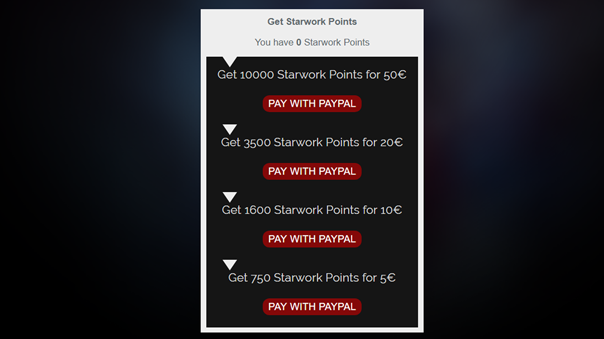 They should not be taking money. This game should not be on Steam Early Access. Hunt for Gods is easily in a pre-alpha state and not fit for being playable on any typical public forum. And you know what the real problem is? It’s Valve’s and by extension the community’s inability to exercise quality control on the biggest and most popular digital game store in the world. These kinds of games are clogging up the system and maliciously stealing that space from much more worthy titles.

I don’t at all disparage the creation of videos games from an amateur team, especially when they have a passion and neat idea. However, this game isn’t in the slightest well created or ready for anything more than a proof of concept demonstration behind closed doors or as a pet project.

There’s still quite a bit of development necessary to get Hunt for Gods to a state worthy of the public’s attention and I despise its existence as a shameless attempt to take advantage of a system and its audience.