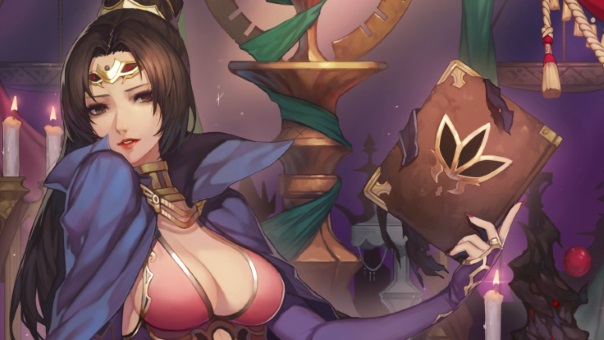 Co-Developed by L&K and GameOn, the MMORPG Record of Lodoss War Online is going to have a huge update coming. Slated for December 28th, 2017, a host of new things are coming, from a level cap increase, a mercenary system, as well as a 40 man raid. Players will, in this update, be able to hit level 120 and grow their ability level to 1500. This will allow players to build themselves up in a manner of their choosing and will be easier and faster for players to power up, making it a less tedious experience. A Mercenary system is coming as well, letting players hire two characters from the game/from the original novel to aid them. They can also power up these mercenaries, and assembling a team of Lodoss War characters promises to be a fun experience for fans of the manga. An incredibly powerful boss awaits in the 40-man raid, and this system will add 4 dungeons with normal difficulty and 2 dungeons with a hard difficulty. It is harder than the other dungeons due to the number of players who can join. For hard difficulty dungeons, teamwork of the raid group gets more important than ever. Last, but definitely not least, fields, dungeons and labyrinths are improved, and Labyrinth of Disillusionment will be added with the level cap increase. It consists of 4 areas. These areas are designed for 61~70, 71~80, 81~90, 91~100 players respectively.