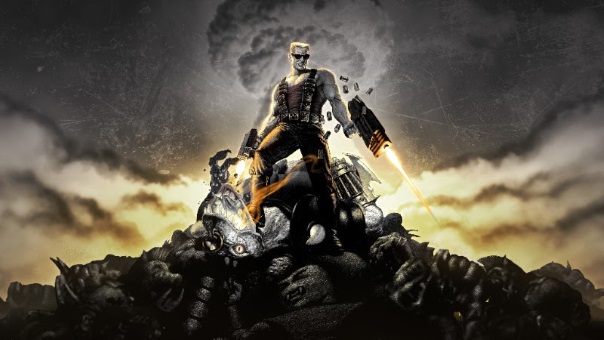 Perhaps one of the most iconic action heroes of the 90s, Duke Nukem, is going to take a break from shooting Pig Cops and instead demolish cyborg monsters that threaten humanity. He’s going to be ready to give the Broken untold amounts of Hell, as only Duke Nukem can! Wild Buster: Heroes of Titan is aiming to hit Early Access on Steam this October, and Duke Nukem will be joining the game soon enough after.  Wild Buster: Heroes of Titan is currently running an Indiegogo campaign and offers packages ranging from Alpha access, t-shirts to naming bosses and “meet & greets” with the development team.

“As a small publisher, having the opportunity to work with the Gearbox brand is a big honor”, says Patrick Streppel, CEO of Insel Games. “With Duke’s well-established reputation of being the unorthodox underdog hero and defender of humanity, he fits perfectly in the gritty but tongue-in-cheek sci-fi universe of Wild Buster, and we are happy that Gearbox immediately saw that fit. Duke also marks the first step of our plans to add other iconic characters to the game.”