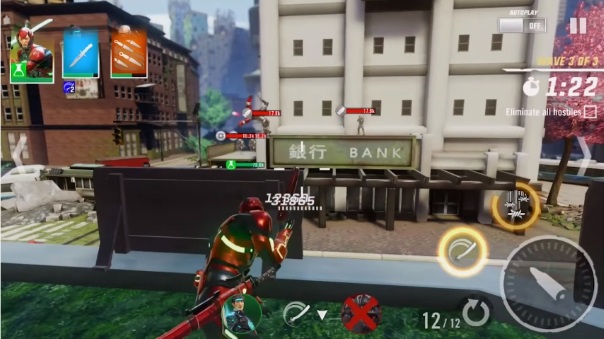 Today, Hothead Games offered some new details about their upcoming team-based shooter, Hero Hunters, such as the release date. Slated for February 1st, it’s the first multiplayer shooter on mobile that lets players jump from character to character at any point in the action. For example, you could play as archer Artemis and with a button tap you can swap to the cyber ninja Odachi. Players can swap between the five heroes they’ve chosen at will, to change the flow of a battle or adjust their tactics as needed. Players can also pre-register for the game at the link below to earn exclusive rewards, such as gold and a limited-edition hero. With over 40 heroes available at launch, it promises to have someone for everyone along with inventive team-based gameplay that is unique to mobile gaming. The extensive campaign mission experience launches with 7 regions and hundreds of missions, but there is plenty more of this game to compete in. Also included will be a competitive real-time PVP Mode, a Co-op Boss Raid Mode with friends, Gauntlet Mode, Alliances, and challenging weekly events to keep you in the hunt.