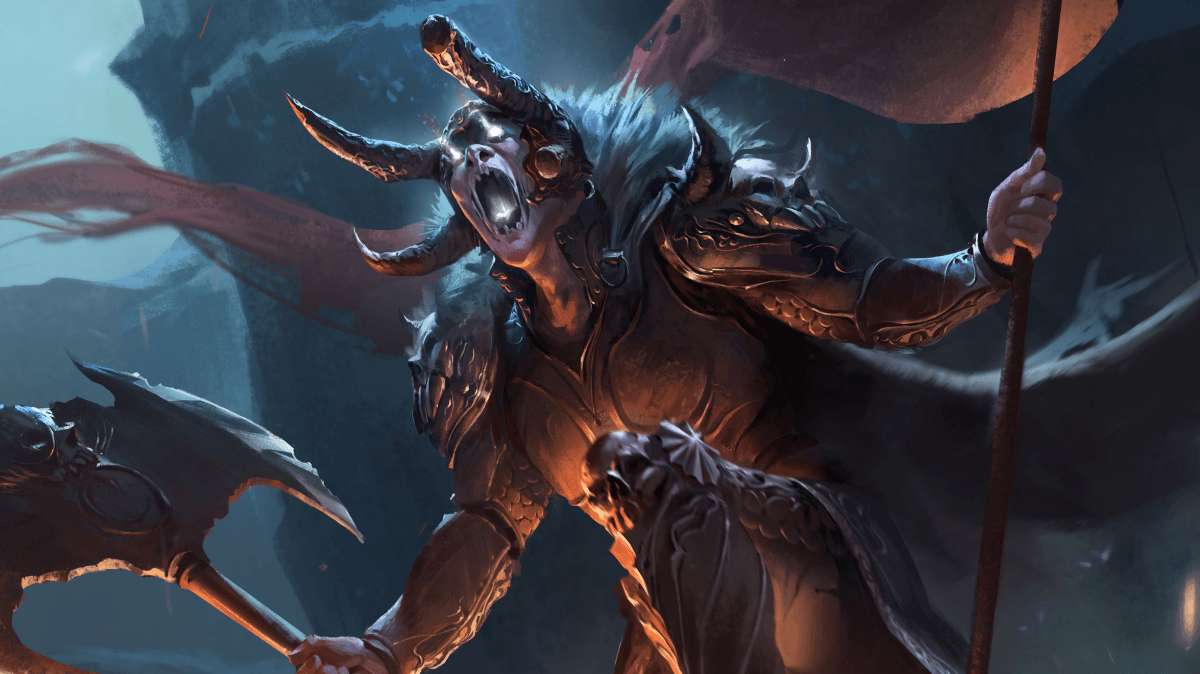 Gameforge and HEX Entertainment are today releasing the third set for the digital TCG HEX: Shards of Fate. The new content introduced by Armies of Myth includes 250 additional cards, amongst which there are 18 legendaries. This time around the focus lies on the Vennen, Elf, Coyotle and Necrotic races, which appear alongside 20 new heroes providing players with additional variety and new tactical options.
One’s good, three’s better
On top of the new cards, Armies of Myth will introduce three new card abilities opening up new strategic depth and offering players more tactical options: Prophecy, Shift and Allegiance.
The new ability Prophecy allows players to embellish cards still in their decks with bonuses; Shift, on the other hand, can transfer one card’s powers to another. Finally Allegiance gives players bonuses as long as they have played or are holding cards of a specific race.

Be the bane of thine enemy
Armies of Myth also sees the unveiling of a new card type: banes. These cards allow players to now sabotage their enemy’s decks. Should the enemy draw a card of this type, a negative effect results which many inflict huge damage and possibly herald your opponent’s defeat.

Let the games begin
For PvP players, the update also offers a new tournament mode and, for the first time, the ability to play asynchronously. It will also be possible to conduct tournaments with an unlimited number of players. To ensure the new tournaments can be conducted properly, qualifying rounds will be used to select up to sixteen finalists who will then go on to play in a final bout to determine the winner.

Sweet chest o’ mine
The swirling waters of Kismet’s Well have a special surprise in store, since players are now able to open the chests which they previously received from booster packs. Depending on the set which a chest came from, there is a specific loot table containing 120 different items, including so-called Stardust. This item is used to unlock a card’s extended art. The more unusual the card, the more powerful the Stardust needs to be. The cost of this Stardust varies depending on the rarity between 1,000 and 25,000 gold.

Just in case – optional extra security
The security of HEX accounts is important. Not all passwords are well thought out or sufficiently long. However, extra protection is now on hand in the form of Google Authenticator. For players who want that added security for their accounts, this optional extra has been implemented in the update and can be activated at any time.