News >
Review Articles >
The Lord of the Rings Online Review

The Lord of the Rings Online Review 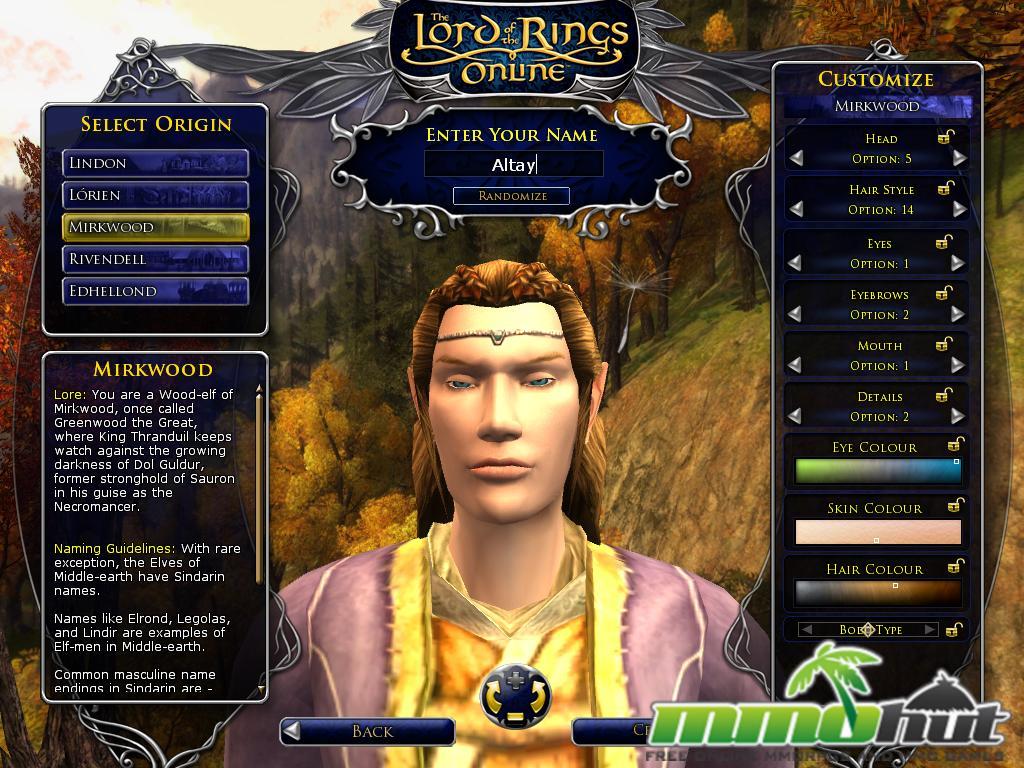 The Lord of the Rings movie trilogy brought J.R.R Tolkien’s classic, high-fantasy franchise back into the mainstream. Following the release of each movie, new editions of the books and licensed video game tie-ins quickly hit the shelves. Most of these games were short-lived and mediocre at best, but one lives on and continues to prosper. The Lord of the Rings Online was officially released in 2007 by Turbine, the same company behind the early MMORPG hit Asheron’s Call and the now free-to-play Dungeons and Dragons Online. The game enjoyed modest success as a subscription-based game, but after Turbine’s success with the free-to -play relaunch of DDO, it was announced that The Lord of the Rings Online would be converted to a free-to-play MMORPG.

A Game of Epic Proportions

LotrO is still a relatively new game, but it has already gone through several patch cycles and had two expansion packs released. Astonishingly, the client download is at least 6.6 GB. I say at least because a high res client is also available at over 9.5 GB. Even after the download, players have to go through a long installation and patching process so be sure to start it overnight. After getting all that settled and launching the game, players are welcomed by a fancy cinematic that outlines the game’s lore. The Lord of the Rings Online takes place as the Fellowship are on their way to Mt. Doom. The Free People of Middle Earth are at war with the forces of Angmar, which is lead by the head of the Nazguls, the Witch King. Each of the four races (Men, Elves, Dwarves, and Hobbits) have a short intro video that players can watch during character creation. Each account has two free character slots though more can purchased via the cash shop. The game deviates from the movie/lore slightly by allowing caster classes (true magic users seem to be a rare and dying breed in the LotR canon) and making Hobbits powerful enough to compete with the other classes in combat. Players cannot chose ‘evil’ races, but can play as monsters in special PvP modes which we’ll discuss later.

Appearance customization is robust. Each race has several variants; players can be a dwarf from the Misty Mountains or from the White Mounts. A human character can hail from the realms of Rohan, Gondor, or other famous locales. Members of the same race from different locations have different hair and eye color options, which gives the game extra depth. Besides the regional features, there are the standard compliment of hair, face, lip, and eye style customization. The total number of races is rather limited (four) but the nine available classes should make up for it. Not all races can play as all classes, so refer to the overview section for additional information. The Warden and Rune Keeper classes are not available to free players and must be unlocked through the premium shop. After character creation, each race starts in a unique area where they are given the option of running a tutorial instance. I’d suggest accepting this tutorial only because it has story elements that help ‘immerse’ players in the game world. LotRO puts great emphasis on story-driven progression, as there are many ‘drama events’ where players watch as special events occur. Even the quest and NPC dialogue is well written, especially compared to most other free-to-play MMORPGs.

Questing All the Way

The first generation of MMORPGs had quests as optional side activities with only a few being required. Since the release and popularity of World of Warcraft, almost all games have adopted the quest-centric method. LotRO is no different, as players have a quest log which can hold up to forty quests; almost every NPC in town is likely to have an errand for you to run. Grinding is completely discouraged, as killing mobs yields little experience. It is by completing quests and handing them in that players have any chance of leveling. Questing is further encouraged by the ‘deed’ and ‘title’ features. By completing all available quests, players accomplish deeds, which grant special trait bonuses and titles. Some deeds are simple to complete while others take many hours to earn. The emphasis on quests and story mean you’ll never be left wondering what to do next, but the trade off is that the game often feels like a single player venture. 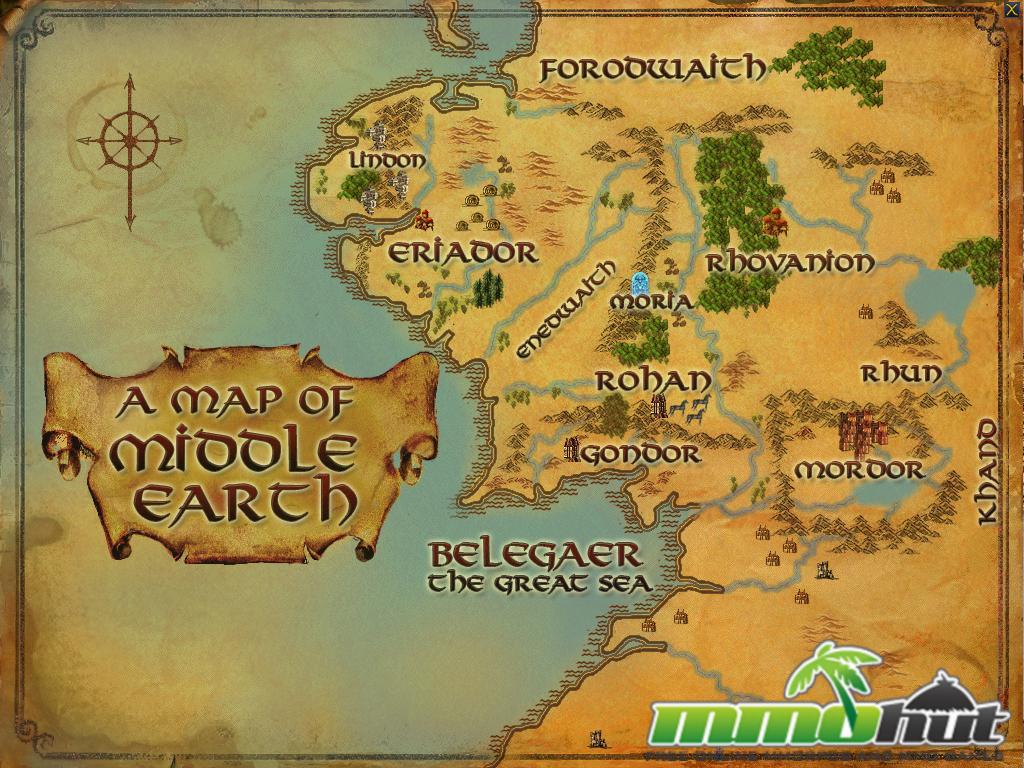 Each level, players can train new skills (active or passive) at their class specific trainers located throughout Middle Earth. There are six stats in LotRO, but they increase on their own without player input. Besides skills and stats, each player has certain traits. There are several types of traits: racial, class, virtue, and legendary. These are obtained in a variety of methods, by completing deeds, reaching certain levels, or participating in PvP. The trait system helps differentiate members of the same class and ensures that no two characters are identical. The experience rate is generally fast-paced; it took me around forty-five minutes to hit level 6 on my first character while goofing off. Originally, the max level was 50, but with the most recent expansions, it has been raised to 65. Starting at level 10, players can create a monster character that begins at the max level and fights against regular characters of level 40 or higher. This Monsters vs Free People PvP mode is one of LotRO’s more interesting and unique gameplay features.

The Lord of the Rings Online is a very flexible game. As mentioned earlier, there are two available clients (standard and high resolution) as well as a multitude of graphic options to chose from. This means the game works on a wide range of machines and can look quite ugly or beautiful depending on the available computing power. If your machine can handle it, I highly recommend getting the high res client, as it really is a whole different experience. The game’s soundtrack has also been hailed as a masterpiece. It received so much attention that Turbine has released a sixty-one track OST as a free download on their site. Fans can listen to all the tracks on RPGMusic.org 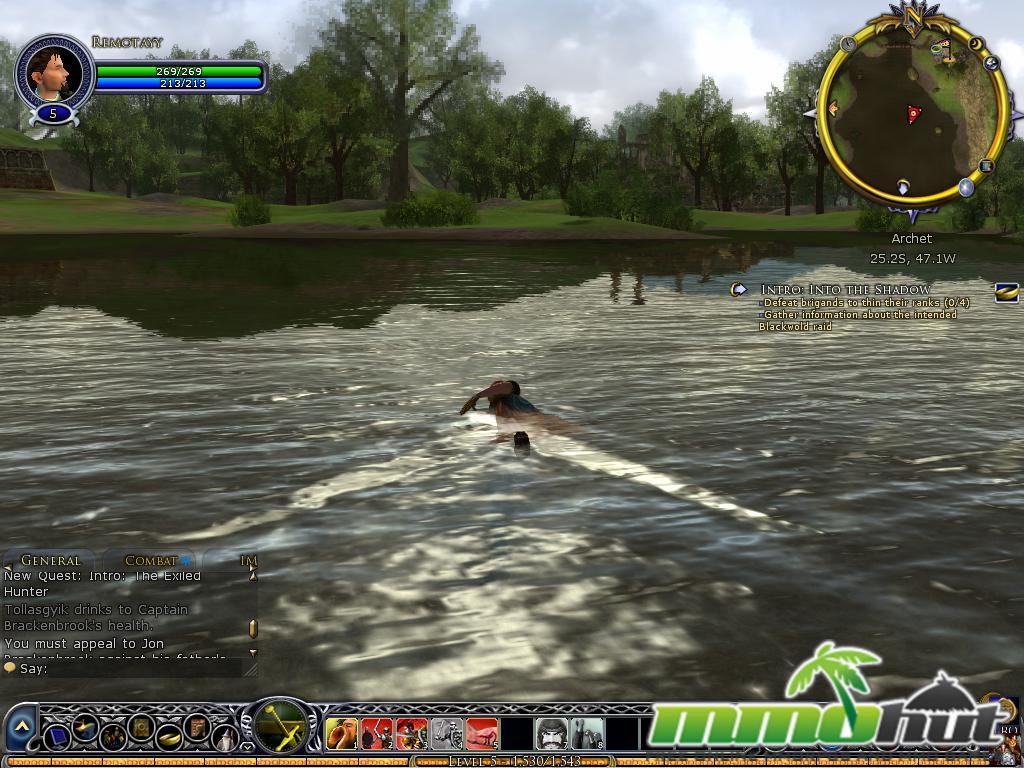 You Shall Not Pay!

Overall, LotRO is what you would expect from the granddaddy of all fantasy franchises. It’s more story-driven than most MMORPGs, but still encourages grouping with dozens of high level instances. Groups are called ‘fellowships’, while guilds are referred to as ‘kinships’, which adds some unique flavor to the experience. Players can perform special moves while in groups, but it isn’t enough to entice early level group activity. You’ll likely play on your own until the very high levels. Players don’t have to know anything about Lord of the Rings to enjoy the game; it might even help to not be familiar with the franchise since that will prevent you from comparing your mental image of Middle Earth with the one presented in the game. Lord of the Rings Online went free -to-play in September 2010, but still supports an optional subscription. Players are also free to purchase premium features piece meal. Permanent stat bonuses, additional inventory slots, and other goods are all available in the cash shop. The game can be enjoyed without dropping a dime, but some premium items do give players large advantages. This isn’t much of concern in LotRO since it is mainly a cooperative, PvE experience. PvP plays a much smaller role than in most MMORPGs.

The Lord of the Rings Online holds true to the franchise and offers a very linear, story-driven experience. There are always plenty of quests to do, new areas to explore, and deeds to accomplish. The inability to play as the ‘evil’ races is somewhat made up for with the ability to play as monsters in special PvP zones. LOTRO is a full-feature MMORPG with high production value. Now that it’s free-to-play, everyone should check it out.
Official Site
#LOTRO