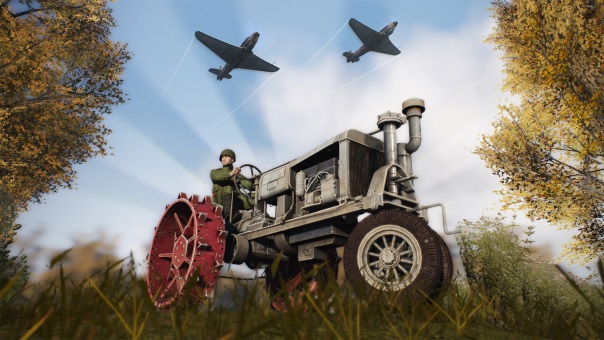 World War II shooter Heroes & Generals launches a brand new map in their new ‘Skirmish at Khutor’ update. It takes place in Eastern Europe and is the first new setting introduced to the game since the initial launch. Khutor was designed for the skirmish game mode, and the autumn aesthetic of the map is a breath of fresh air for Heroes & Generals, and the open, swampy areas will present new tactical challenges for players of all skill levels. As the new Khutor map is based on Eastern European terrain the update introduces the Universal-1, a Soviet tractor based on the US Farmall F-20 design, as a new civilian vehicle to match the terrain.

“It is super exciting to introduce a new setting and a new map in Heroes & Generals. We have had a lot of great feedback from our players helping us fine tune gameplay elements on the new map,” tells Jacob Andersen, Game Director at RETO MOTO.