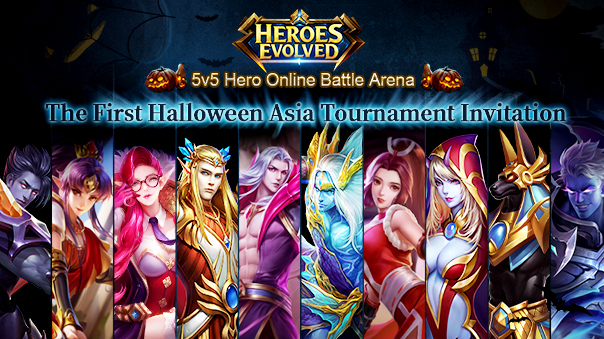 On Oct. 22, the first Asian Halloween Invitation Tournament was launched. In just 3 days, 32 teams from Asian servers assembled successfully. They included the top teams from various Asian servers, champions from previous seasons, and teams made up of players from different countries who came together for Heroes Evolved. During the two-day tournament, all teams showed their competitive skills and teamwork, giving us a wonderful and unforgettable experience! Go to the official YouTube page to watch the highlights of the event: http://bit.ly/he-tour-playlist

Since its launch in 2017, Heroes Evolved has been committed to providing a fair and friendly gaming environment for players around the world. It stands out among various MOBA games by virtue of diverse heroes, exquisite artistic style, exclusive Fog of War setting and a variety of entertainment game modes. You can not only enjoy improved randomness and display your strategic talents in fierce PVP battles, but also team up with friends to fight against boss in PVE mode. What’s more, the casual games will help you take a break during the fierce combats.