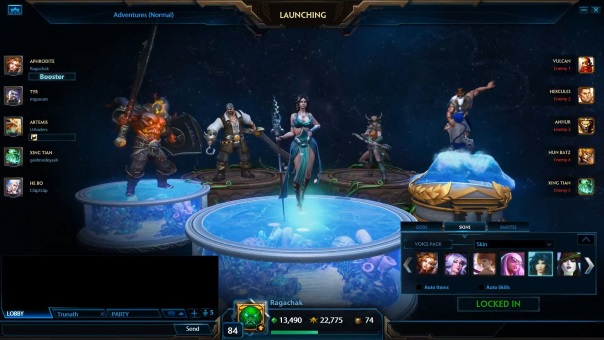 We also have a giveaway! Want to win “Moonlit Ranger” Artemis? Click the link at the bottom of this piece!

It’s time for me to talk about something I know something about: Arena in SMITE!  In today’s “Helping Hand”, it’s less of a strategy guide, and more some thoughts on how to succeed and have fun at SMITE: Corrupted Arena. As an Arena Main, Corrupted Arena [the latest SMITE Adventure] is my kind of match. It’s the same idea: Get the tickets of your enemy to zero via kills/marching creep through the glowy portal. But this time it’s a bit more chaotic: Kukulkan is trapped above the arena and is struggling to get free. His thrashing and rolling around in his energy cage is playing havoc with the battlefield in fun and exciting ways! Rocks fall from the sky like meteors, dealing damage to anyone they hit. Large boulders drop and simply create Line-of-Sight issues, and more exciting still are the pitfalls! The ground falls away at certain spots on the map, which tells me one thing: IT IS ARES’ TIME TO SHINE. Or Xing, Mercury, Sobek … So let’s talk a little about this mode. The goal is the same, get your minions into their portal and when the ticket number reaches zero, Kukulkan frees himself and destroys the loser’s portal. Be aware of your surroundings, keep an eye on where the pits spawn, keep moving to avoid the meteors. March Bomb-Bro in, work as a team, and win! It feels pretty chaotic though, but that’s what I love about it. 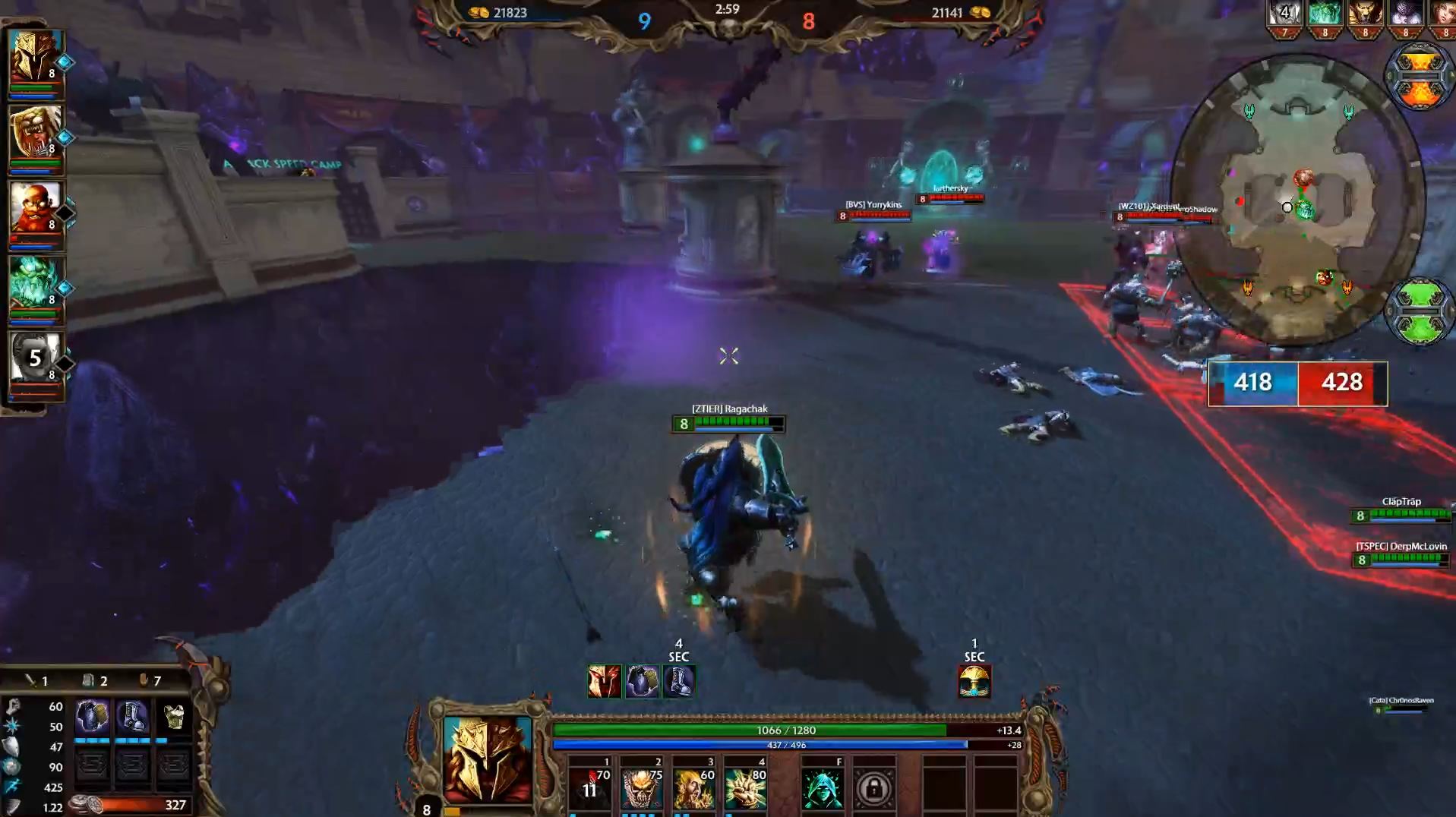 I’ve been trying to work out the “timers” on when these events occur, and from what I’ve watched back on my matches it does seem sporadic. For example, around 2-4 minutes I saw the first pit open up. They’re always near the jungle camps, generally in front of the wall, or maybe behind it. The major pits form around jungle camps, the line-of-sight boulders near the entrance to your base, and towards the end of the match [around the 13-15 minute mark by my estimation] another huge boulder falls, opposite the lane/jungle pitfall. It’s probably for the best that both sides don’t have a pitfall, that would probably give me some kind of heart attack. Winning matches in this mode give you shards that you can use to unlock prizes, like skins. The best one is clearly Supernova Sol. Ward skins, emotes, but the most important prize is the “Awesome Chest”, which can unlock some incredibly rare skins. For those who don’t have time, you can spend gems on getting these, but it’s far more fun to just play the mode. 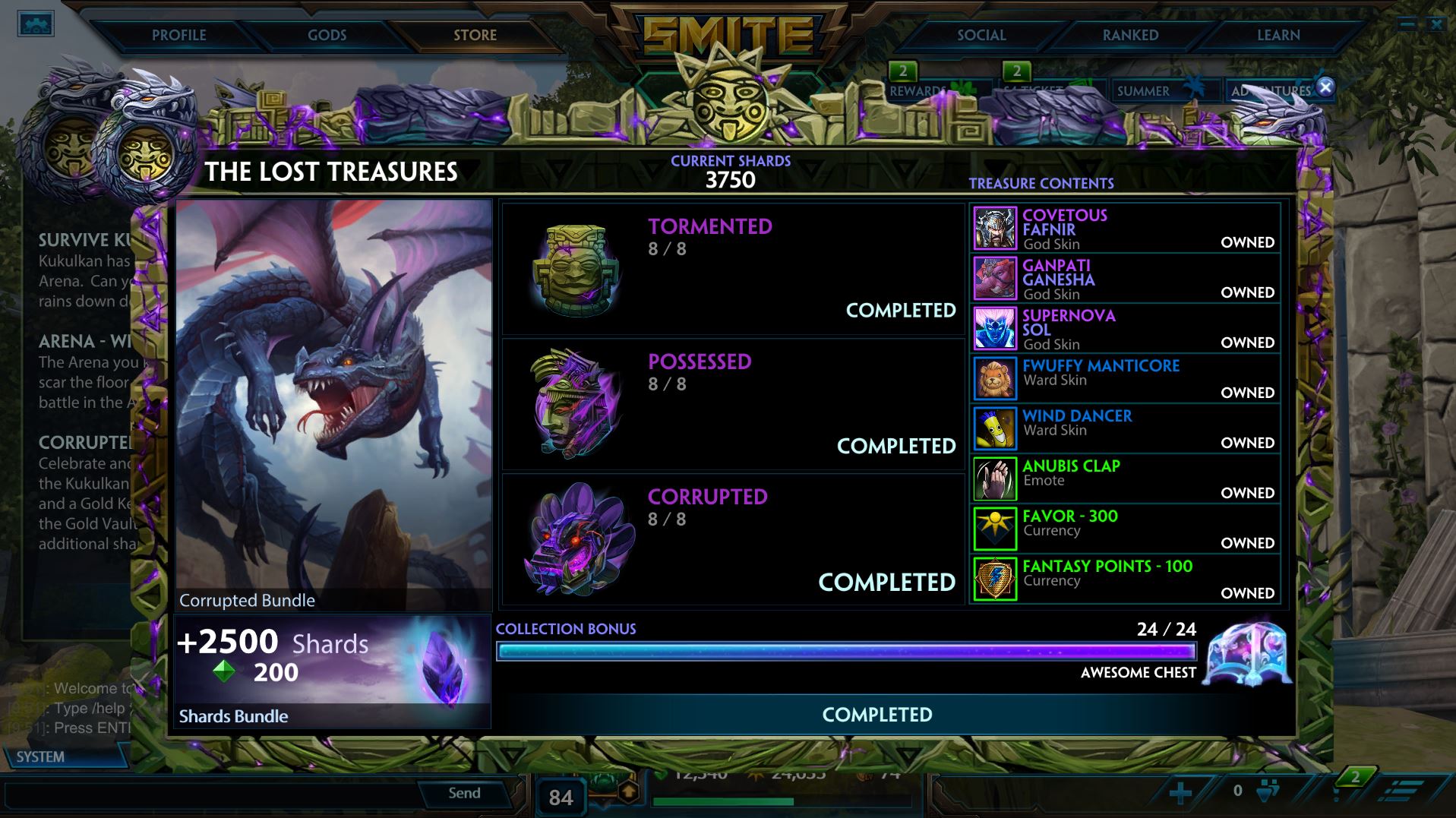 Fluffy Manticore makes it all worthwhile. So damn cute.

My immediate thought for this mode was “OH MY GOD PICK XING TIAN AND ARES”. Then after a few matches, I really considered it. Sure, Xing Tian’s amazing in this mode. The chance for hilarious wombos/free kills is right there. But then there is the fact that every one, five members of each team are going to buy beads. The counter argument is “CDR”. And yeah, CDR will make Beads all but useless. But is Xing Tian the only choice? Do you automatically lose if you don’t pick Xing Tian? No. You have so many options and so many insane things can happen in this mode. Focus less on what you think is OP, and more on what’s going to be fun. The longer the match goes on, the more frenzied it’s going to be, and the less land you have to stand on. 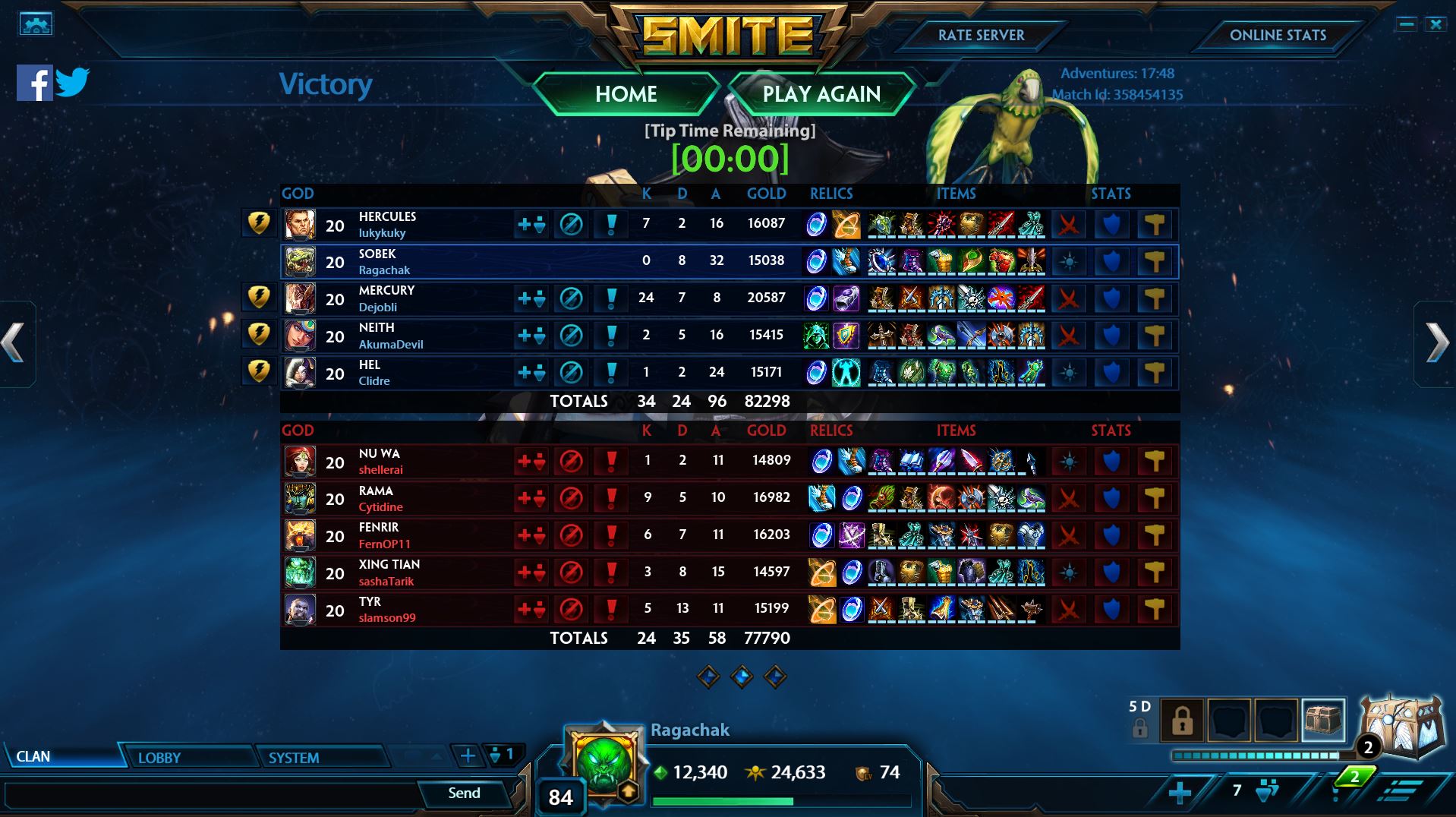 In fact, I won almost every match I played that our team didn’t pick the Master of the Mountain. Why’s that? Because we stopped focusing on just making those flashy kills, and instead focused on the game. We still had Gods that could knock people into the pit, but they were a bit more subtle, not, “HEY I AM ULTING! TIME TO GO INTO THE PIT, ASSBASKETS”!  Displacement, CC, and Knockbacks are King here, but if you don’t play the match they way it’s meant to be played, you still won’t win. I had matches where we were down 10-15 kills, but we still won. Why? Because we played Arena. They focused on getting those sick four person ult-kills, we focused on the objective. So, who rules this mode? These are just some of the picks: 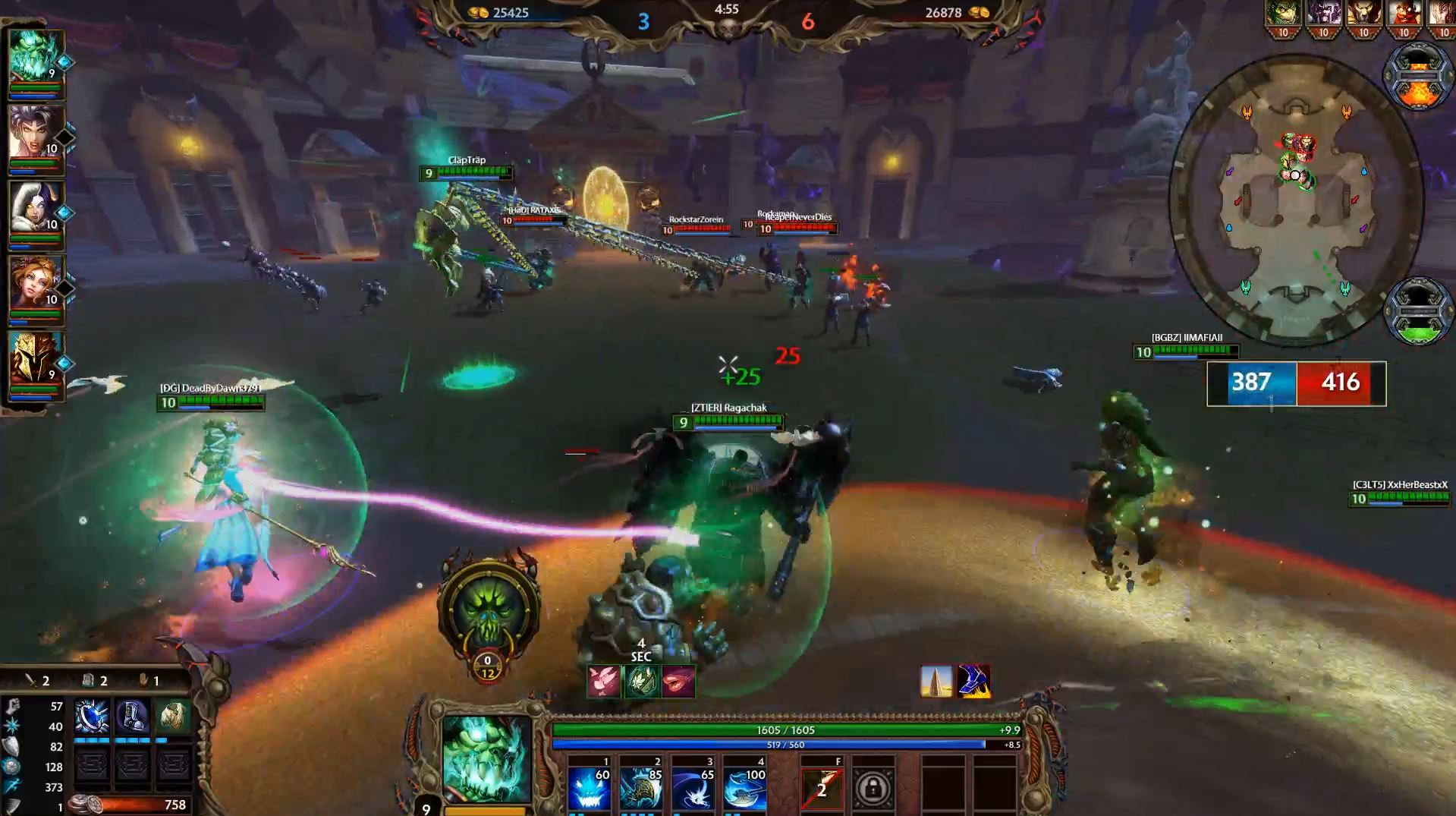 There are lots of other really fun choices for this mode for a variety of reasons. Anyone with a beefy CC skillset, like Ymir, Cabrakan, etc. Hell, Cabrakan might save you from being knocked to your death with his ult. Characters with dashes are fun here, but it’s a very risky move. You dash as Cupid, Sobek or Kuzenbo and don’t stop it in time? Whee, off the cliff you go! I feel like this mode can be approached in two ways. The first is the more risky but fun way: Build a wombo comp and just go in! Ares+Xing, throw in a few other characters that displace and watch the magic! In this comp you want their beads to not matter. So with that in mind, consider capping your CDR as soon as possible. Beyond that, you want to have as many CC options as possible. If you run Ares and Xing, you want to bait them with one of the ults and sweep them up with the other.  Nox to pin them down with her combo near a ledge, and as soon as they bead free, get Sobek into position, and swipe them to their death when the beads wear off.

Your other option is to play safe and just play Arena. This is at its core, still Arena, It just has some new, wacky mechanics to be aware of. Nothing’s more vexing than to be standing where the ground falls away or juking, escaping, then falling prey to a meteor from the sky. But it’s going to happen, so just embrace the madness! The main strategy is to never fight in the center. That’s where you get knocked to your death. Towards the late game, when one-half of the center is a pit, and the other is a mountain to get pushed into, it’s the most dangerous place to be. Try to coax them across, but either side, nearest to the bases are probably the safest spots on the map. Try to avoid focusing on just kills. I know this is a weird thing to have to say because it sounds obvious. But I have watched a lot of teams so far just focus on kills and get furious when they lose. “But I went 13/2! How did I lose?!”  Because you didn’t work as a team and didn’t kill waves. But focusing on objectives other than greed is the real way to win. Don’t yell at your team for not picking Xing. 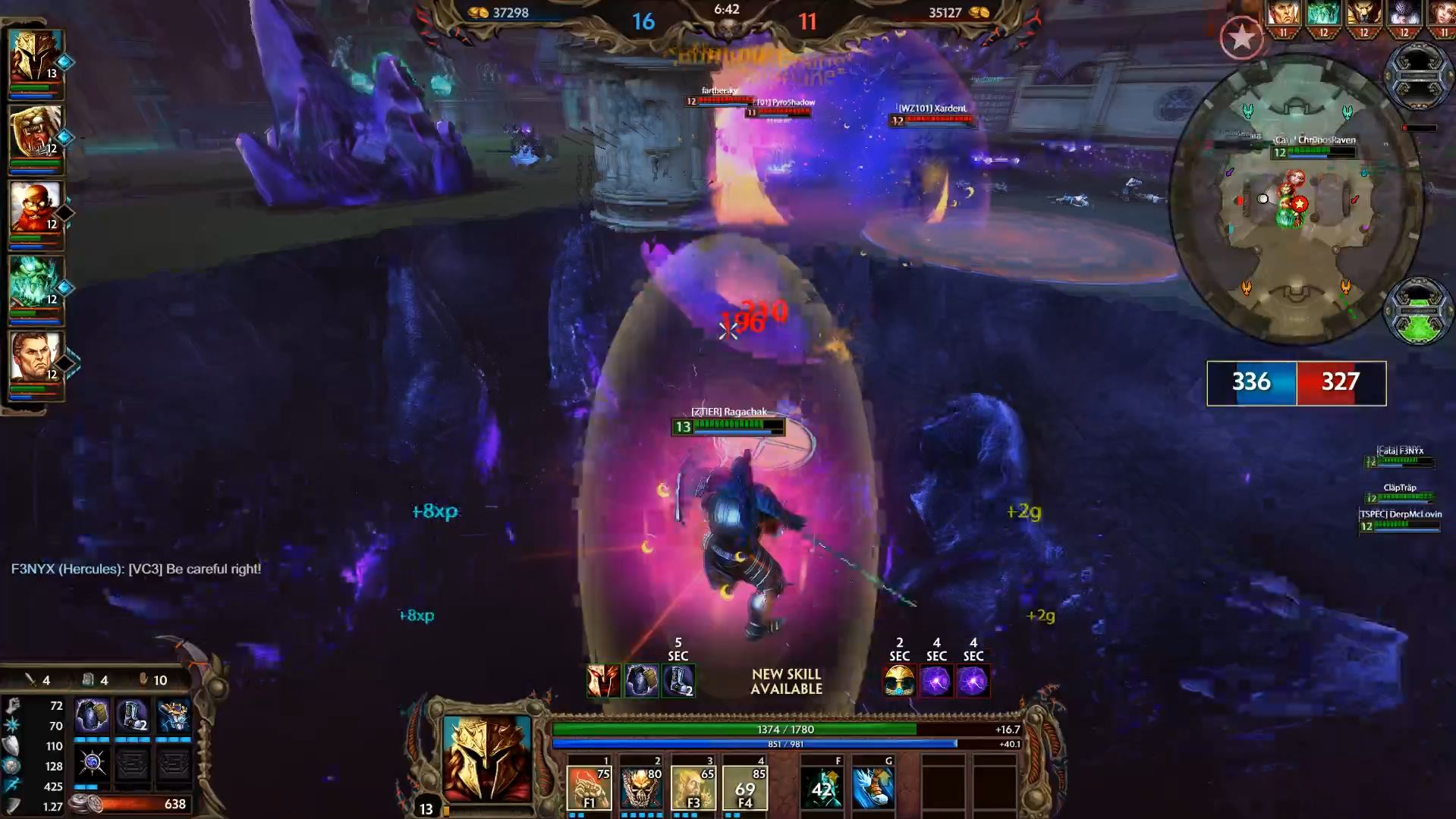 Look ... not every plan goes well.

Don’t yell at them because they picked Neith instead of Anhur. Don’t flame someone for wanting to play someone without CC, because they use them frequently in Arena instead of Hercules or Hel. Arena is supposed to be a fun mode. Let’s keep it that way, yeah? All told this has probably been my favorite Adventure so far, and that’s with King Hercules on the table. Why? Arena’s my favorite mode in SMITE, and I don’t care who thinks that’s a casual response, or that I’m a casual. I play ranked, I play other modes, but I love Arena, and it’s a fun mode to play on stream, with friends, or just alone in my spare time. There’s one more Adventure coming and it promises to be a doozy, In the meantime, let’s just enjoy this mode and knock people to their doom, yeah?