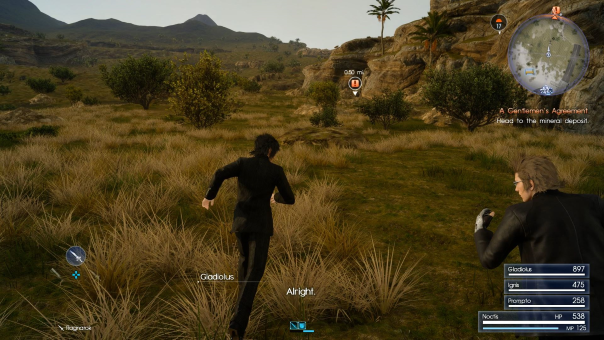 I was given the opportunity to review both the Live Gamer 4k and the Live Gamer Ultra, and while I’m more than confident my PC can handle an interior 4k card, my consoles are too far away to use it efficiently, and I’m not willing to go out and buy near 10ft. HDMI cables (at least) just for that. If I had a different office set up, that would be a different story, and I use my capture card for my consoles very heavily. I’ve spent the past couple of weeks with the Live Gamer Ultra, and I have to say that I fell absolutely in love with it. Previously I used the very modest Live Gamer Extreme from the same company, and it served my purposes well. But this one is more compact, significantly stronger, and it works well with my laptop, desktop, and Colton’s desktop. So I want to start off with the card’s specs, then I’ll list mine:

Physically speaking, the AVerMedia Live Gamer Ultra is a small, very portable rectangle with a few ports on it. Two HDMI ports, and the plug that goes into the PC (USB 3.1, Type-C), and is that is one of the reasons I really love this card: It’s portable. I travel for work a fair amount, and so now I have a card that’s much easier to pack up and move around with me. I can stuff it into my backpack without any fear of it compromising the space I need for other stuff (You know, like my Switch. The important stuff), but the only major downside to me is that it doesn’t seem to support retro consoles unless you purchase an HDMI to Composite converter of some variety (which I cannot imagine being expensive at all), but if that’s not an issue for you, then by all means! It works beautifully with my PC, Playstation 4, and the Nintendo Switch. Alas, I do not have a 4k monitor, so I cannot fully appreciate the beautiful visuals, but my PC does have the power. Though it is just 4k Passthrough, it’s beautiful and incredibly easy to set up. You plug in the HDMI ports, you plug the card into your PC and you can start! No annoying drivers, none of that nonsense. It also features onboard video processing, to help lighten the load of your PC, but you have to use their software, which is in some ways limited. Thankfully, you can still use OBS/etc. I use both versions of OBS for different things (OBS Studio and Streamlabs OBS) and both work perfectly.

There’s only one real flaw to the portability of this device – it seems like there would be room for an SD/MicroSD slot, where I can avoid having to pack flash drives/portable hard drive. That is the only thing it’s missing, and perhaps in the next iteration that will be possible. I would rather have that over the processing power if I’m being frank. A variety of games were tried on this card, from MTG Arena, which is not very graphics intensive, to Guild Wars 2 and finally Final Fantasy XV. I had to turn down the settings for XV just a little bit (I suspect I need more RAM), and I have to say, it came out beautifully. It should be uploaded/streamed very soon. One of the other notes is that it does not support the viewing/recording/streaming of HDCP-protected consoles, you do have the ability through RECentral (their proprietary software) to turn HDCP off. I didn’t bother, because my Playstation 4’s HDCP is almost always turned off. I run my PS4 through the capture card so I can run it directly to my computer monitor/OBS, so I just leave HDCP off unless I’m going to move the PS4 into the living room/my bedroom, whichever.  It also comes with Power Director 15 if you need editing software, so it really does have everything you need to get set up and streaming. It’s also low-latency, which I absolutely love.

Final Thoughts: For 250 bucks, this card is a bargain. It has HDR, 4k passthrough, it’s incredibly portable, and I’ve had zero issues using it on any computer I’ve tested it on. I need clean, clear video to make gifs with for several of my pieces, and I had the best visuals to work with since using this. We recorded hours of footage for our Bottom Tier channel that should come up pretty soon, and even the video I’ve recorded for videos for this website (mostly Guild Wars 2 and Warframe) have come out absolutely beautiful. I would 100% recommend this to anyone that wants to stream in high quality and may not always use their card in the same place all the time. It has a few flaws, but they don’t outshine how hard this little beauty works. No matter what kind of game you play, no matter how high its quality, as long as your system can handle it, the Live Gamer Ultra is here for you. Now if you want 4k without passthrough, you’ll want the PCI-E Live Gamer 4k, which plugs into your PC. Sadly, that’s only real flaw is that it does not have Chroma Support (everything must glow)! It does have three preset color modes, but I won’t lie, I think more is better. The Live Gamer 4k can record 150 Mbps at default @ 2160p60, and up to 240 Mbps if possible. That’s their top of the line, most powerful card though, and retails for 299.99.