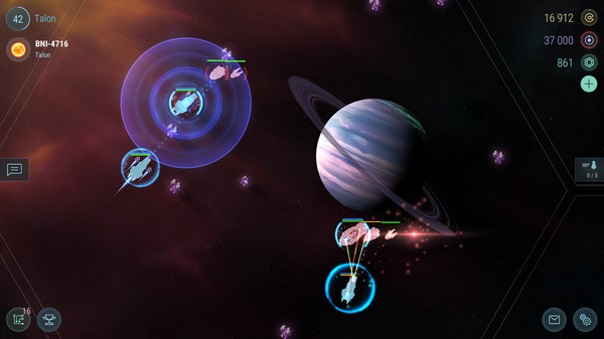 Parallel Space has released their free-to-play Outer Space MMO today on Steam for PC/Mac, Hades’ Star. Android and iOS users will be able to access their current file on PC and Mac versions today as well. In Hades’ Star, thousands of players share and participate in one shared galaxy. In this shared space, players create a space empire that over time evolves and grows in a persistent galaxy. There are also plenty of stars to explore, as well as single-player, PVP and PVE content.

Yellow stars are the perfect place to build your thriving empire and long-term economy. Red stars explode within 15 minutes but offer an opportunity for resource gathering and player co-op. White stars last for 5 days and feature up to 40 players from two corporations. During this 5 day period, you can plan future moves, communicate them to other corporation members, and see potential outcomes of future combat. There are also blue stars that last for five minutes and are PVP event locations. Players will send one battleship here and the top five participating players will do battle with each other using their ship’s modules and other NPC ships. The goal? Be the last one standing.