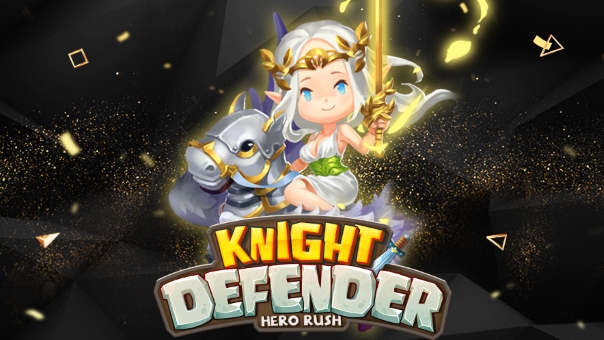 The Unique TCG named Knight Defender has been launched, and you can find it on Google Play.

What does this kind of game look like? Tapfuns breaks down the game’s features:

Inside, you can not only protect your base but also collect various of Roles. What’s more? Let’s look into its attractive features.

★Defense & Attack★
Getting bored of defense? No worry! You can also be an attacker in game! Train the most powerful soldiers and occupy your opponent’s territory. Abundant resources are available!
★Strategy-Based Battles★
Strategy are the key to success. Each hero owns his/her unique skills. Form the perfect team lineup based on the abilities of your heroes and the enemies. There is no absolute victory or lose here. A small change may make a great difference!

★Endless PVP Fun★
Enjoy the most exhilarating PVP battles in Knight Defender. Compete with millions of players around the world in Arena, Cross-Server Duel and so on. Cooperate with guild friends and lead your guilds to supremacy!

★Various Content★
Enjoy continuous fun with different modes of Dungeons and TONS of PVE & PVP systems. No more boredom. This extraordinary journey would never stop!
Demons are invading! Are you ready to defend your kingdom and people?

Join millions of players all over the world and start your exhilarating journey now in Knight Defender.