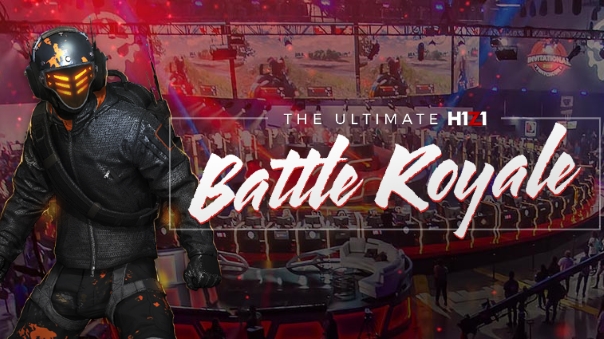 Over the weekend, I had the pleasure of going to Las Vegas and heading to the Caesar Entertainment Studio to watch the premiere match for H1PL, the H1Z1 Pro League. It will last 20 weeks (two 10 week splits) and the teams will all be staying here for the duration, away from their friends and loved ones to prove they are the best of the best in this fast-paced Battle Royale game. After the rather frosty reception of the PUBG Esports Scene, I was a bit worried. The PUBG matches were pretty boring, and most of the time was spent on defensive actions instead of aggressive ones, and it did not make for a fun watch. I will say it’s unfortunate that popular Twitch streamer ran his “Ninja ’18” down at the Las Vegas Esports Arena, and was touted as the first esports player to be on the Strip, as that took a lot of potential views.

Before the tournament got underway, we got to see some exclusive sneak peeks of stuff that’s on the way, and were given some promotional hype as to what will make the H1PL standout and be an exciting watch. Let’s talk about the big announcement that came out of this weekend: H1Z1 coming to Playstation 4, with an open beta beginning on May 22nd.

H1z1 on PS4 was built from the ground up specifically for the console, and is not simply a port of the PC version. It focuses on fast-paced action and keeping the core elements that make Battle Royale games exciting. It will have a new progression system, a completely reworked UI, new weapons, and new gear. The grab-and-go weapon system looks like it will be a lot easier to use, as well as eliminating the need for inventory management as crafting was completely removed from the game. The gas that surrounds the map will also move in much faster to accelerate match times, and the airdrop system will be the primary way of getting upgraded gear. There will be a notification on the map for where they drop, but for the more passive player, there are hidden level 2/3 crates (that will emit low radio chatter and a signal beacon when in proximity) around the map that players can also seek out.  The new weapons are the KH43, Marauder, Combat Shotgun, CNQ-09,
Scout Rifle, and MK46. While I’m not big on Battle Royale games, the PS4 version looked sharp and should be very exciting to play. We’ll show the trailer at the bottom of the post. 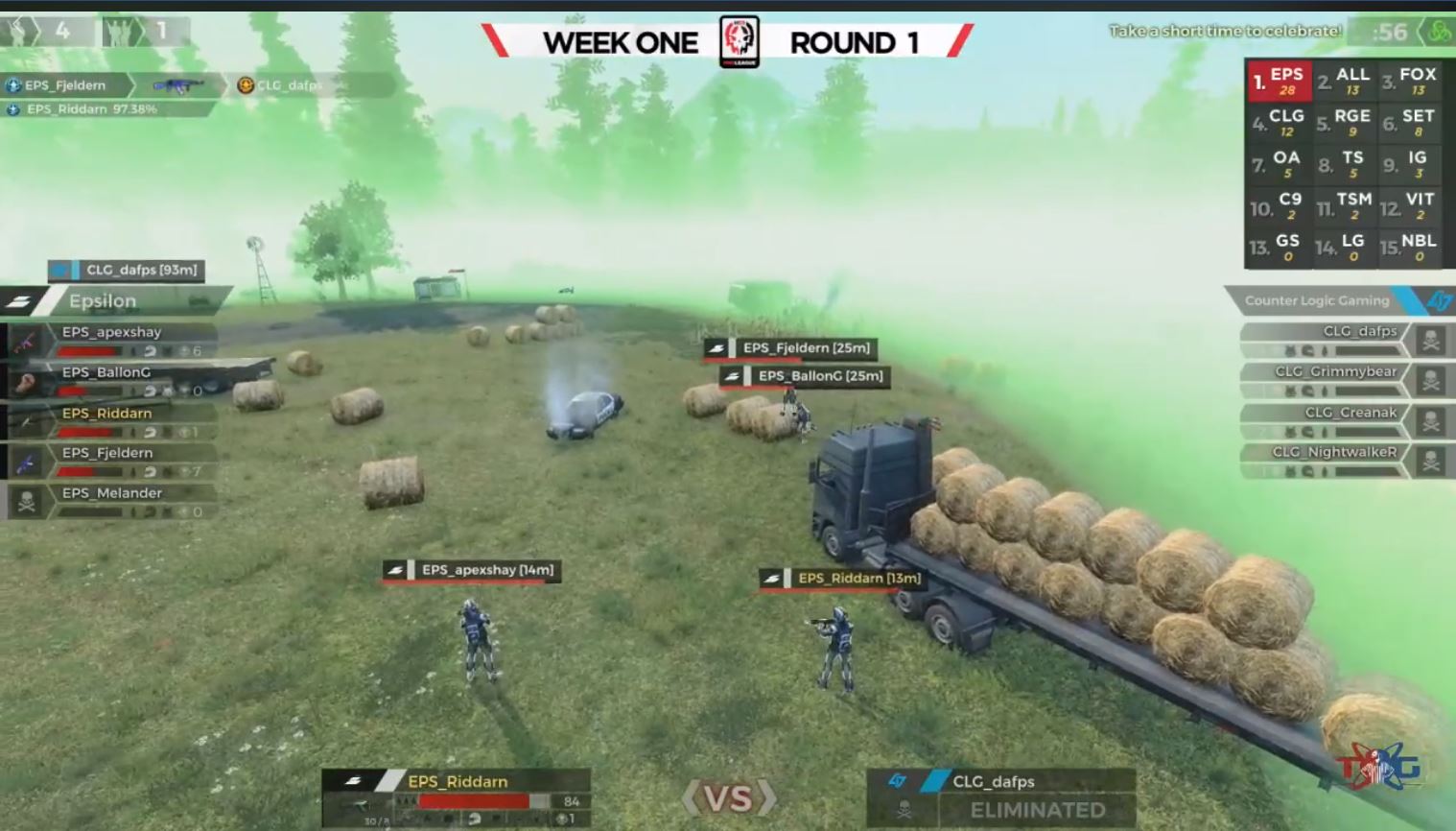 When you can not run, you must fight.

I did enjoy seeing the scoring system. It rewards kills and action, versus hiding somewhere and doing nothing. The top placements receive a multiplier for surviving a long time, but remember, 0 times anything is still 0. That is a situation that humorously did come up during one of the matches, with one of the Cloud 9 members surviving a long time but not securing any kills. At the end of the match, the kills are tallied with how long a player stayed in the match. There’s also one more thing I was excited for, and that was granting 10 points instead of 1 if you manage a melee kill. I don’t expect a lot of teams going for it unless they have an advantage or have a tactical advantage, but I want to see a lot of it. I want to see crazy, bold plays like that instead of boring setups, hiding behind cars and trees and doing nothing. But high risk comes with a high reward, so I sincerely hope to see those teams that are lagging behind in the rankings to try bold moves like going for melee kills.

The Caesars Entertainment Studio was right down the street from the Rio Hotel, and it prominently featured the H1PL stage used at Twitchcon and other events. I love the design of the stage itself; it’s a unique sight to see all 75 players at once. Each of the 75 players is facing the audience, with their team logo displayed on a little monitor. The huge black/red skull logo of the H1PL is like an altar for the casters to sit at and is a very aesthetically pleasing sight. The stage takes up the majority of the main room and is surrounded by bleachers for the fans to sit on. I only had a few minor issues with the production. The first is that they used a weird strobe every time a bullet was fired (for the first match anyway) and it was blinding. Having a migraine only made it worse. Thank goodness for sunglasses.  The second was the audio. I understand that it was the first time they were going live, but the media could not hear the casters calling the action unless they sat close to the VIP section. In the second game, I was sort of able to hear, but it was not enough to get a clear play-by-play. The livestream did not have the same issue. When I watched the matches back at home, it was easy to see and hear what was going on, but it came at a cost: There is a lot of stuttering in the stream. I don’t know if it happened while live, but it definitely does in the current video. I imagine that’s something that can be fixed and tested before the next set of matches tomorrow. 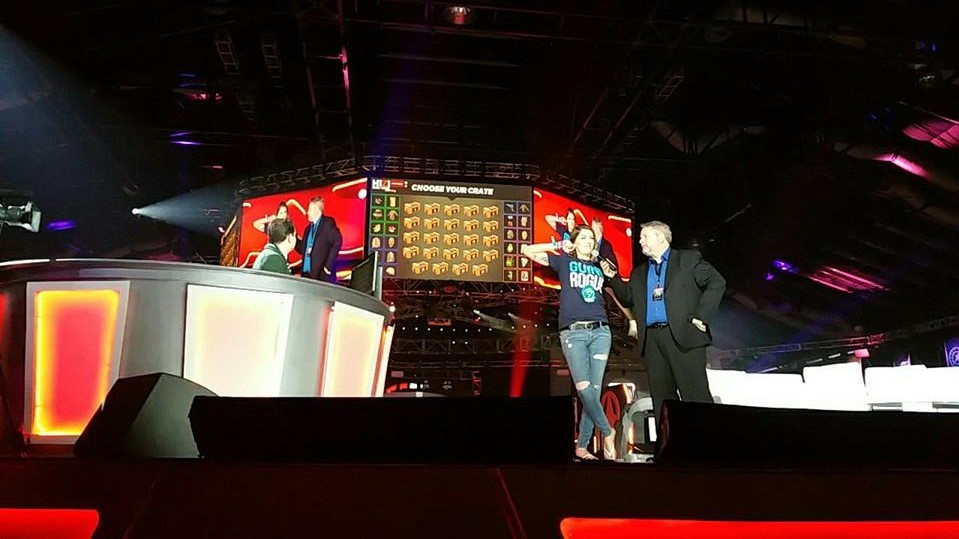 Like any good game, we had mini-games! She was trying to win cosmetics.

Though it does leads me to my final problem: I had a very hard time figuring out what was going on in the live event. It was not immediately clear if the grid on the screen was for kills or what. That might be down to where we were sitting. The matches did admittedly start a little slow, but in this kind of game, I do not think there’s a way around that. Unlike its competitors, H1Z1 did pick up and become exciting to watch, with crazy “Defense of the Alamo” plays and the fight coming down to the poison fog getting to its smallest point. I think my favorite play of the night was the final player in the last match avoiding giving the other team a point by moving into the poison fog and taking his own life instead of giving up the point. Very smart.

Each round will take place on Wednesday nights on Facebook Watch and will be two matches a night, averaging about 20 minutes per match. This is a wonderful idea because it can be very tedious to watch a series of 70-minute matches. I did go back and watch when I got home and it was a lot more clear what was going on. I could hear the casters clearly, they were explaining what was happening and did so in a fairly entertaining manner. Watching from home, I could see that the graph in the top-right of the screen shows who is placed where, but I would like to see something like a ticker on the bottom of the screen to show who is dying to whom, et cetera. Not a necessity, but I think it could help.

One of the big draws here is that Daybreak wants to make this an event that non-hardcore BR/video game fans can enjoy. They’re treating it much like a cable TV show, with short matches where they can fill the time with interviews and discussion post-match, and I don’t think it is a bad idea. Though their celebrity guests were nice, I would have liked instead to see a popular streamer or social media person who is active in their community. The reason for that: You want them to feel comfortable and talk about the product, and have someone there that genuinely is happy to see H1Z1 grow. There was a pretty awkward spot with one of their guests, NFL Hall of Famer Tony Gonzalez, who name-dropped a competing game instead of mentioning H1Z1 – obviously not the best choice from a PR standpoint. I don’t know if it’s ethical, but what I would have done is reach out months in advance, find someone with good main-stream appeal, and bring them on to learn the game and get to enjoy it. Then they can go on stage and social media and hype up the game to their fans. 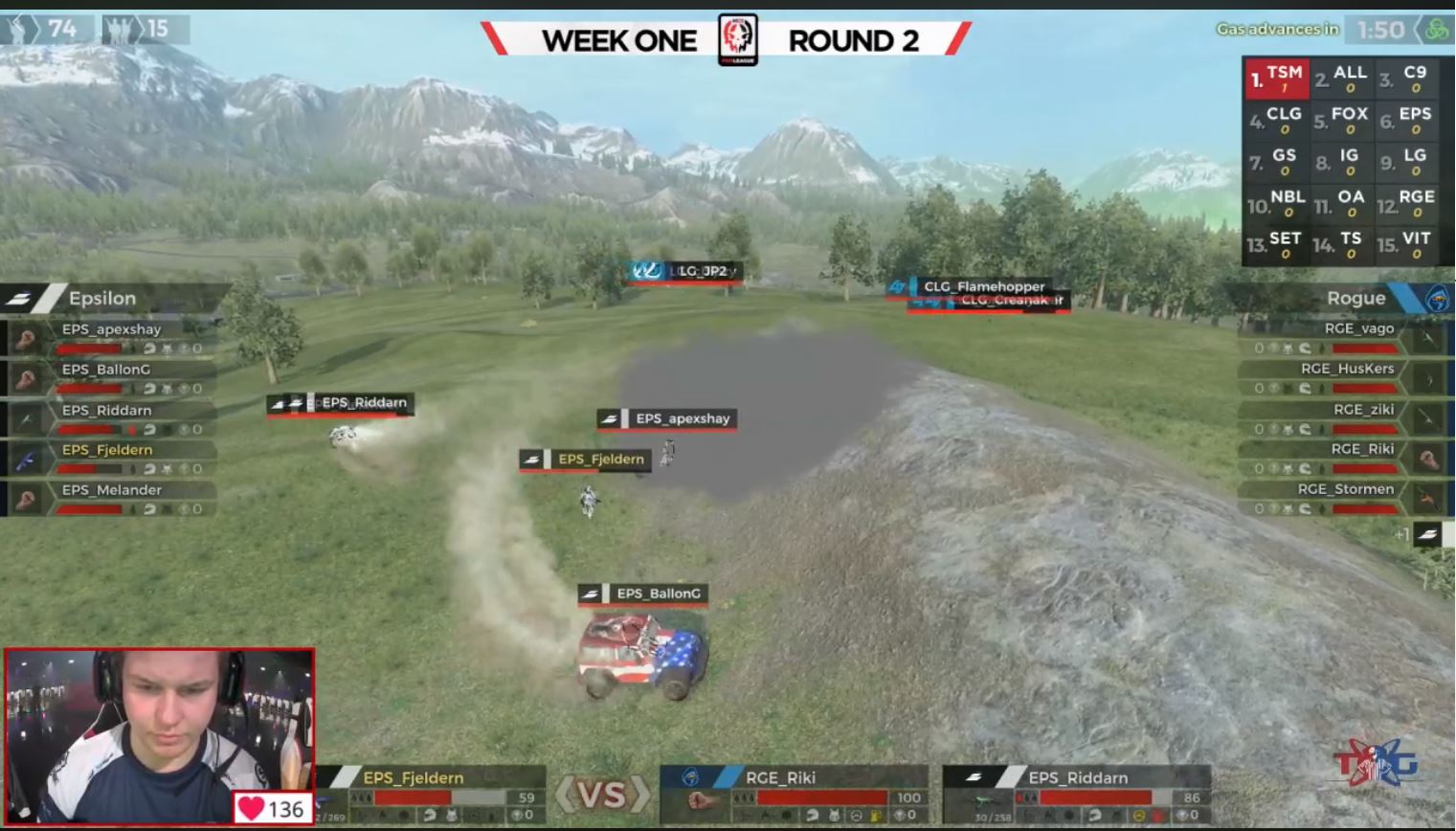 Things are about to get very heated..if it will stop stuttering.

Most of what I watch in the esports scene are fighting games and MOBAs. How does H1PL hold up in comparison? I can’t really be mad about the early game lacking action, because MOBAs are much the same way, the occasional poke, or trying to secure minor objectives/buffs.

H1PL is an esport that would probably benefit from being able to occasionally hear team comms. There does not seem to be any real objectives in H1PL and the early game is all about gearing up. The wait for action did not last long though. The teamfights were incredible to watch, and many teams wanted to fight on their own terms, not being forced to fight by the gas. I was dying to see what kind of strategies teams would employ and I was not disappointed.  I know all the stuff for MOBAs, but I don’t watch many shooters, so a lot of it was new and exciting. I do hope to see more teams employ advanced flanking tactics though. Not a lot of teams seemed to split off and do multiple things at once, which could be a smart tactical move. All told, I’m still very excited to see what comes of the H1PL. I’ll be tuning in over the next few weeks to see how it grows and what comes of the matches.

I’m unsure of the start on Facebook Watch though. I feel like Mixer has the better technology for this style of game (and not just because I like Mixer more on a personal level). You can use the multiple stream windows to have four different team perspectives at once, and vote on social media which ones they want to see (thereby creating more social media presence/awareness) and players can watch just the ones they want. It would also be good for interaction/interviews/Q&A with the audience, thanks to FTL technology (for pre/post game content). Twitch has the most presence and awareness, but I think for the technology/what they’re trying to do, Mixer would make it far more enjoyable. That aside, I enjoyed watching the H1PL and I feel like they could create a very enjoyable esports experience for BR fans and casual viewers alike. The crowd was pumped, the action was intense, and it was fun to watch as a whole.