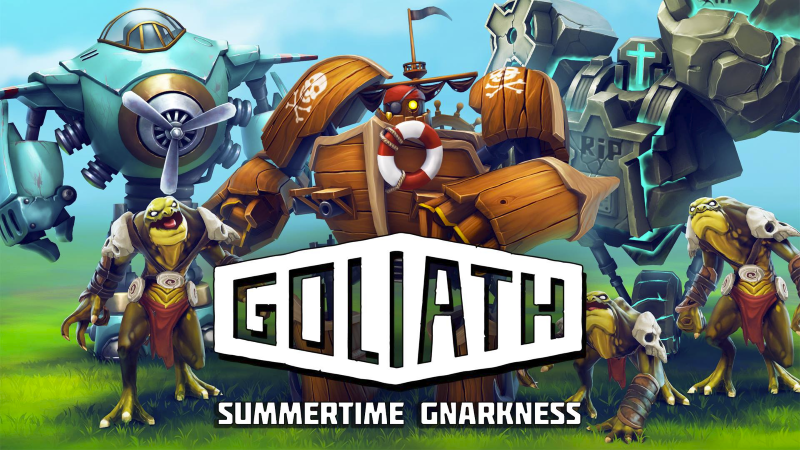 Goliath: Summertime Gnarkness is now available for free to everyone who already owns Goliath. This new DLC expansion will add even more gameplay to the already amazing action-adventure game about building robots from sticks and stones to clobber giant enemies.

“We are very excited to release the first DLC for Goliath today,” said Jeremy Zoss, Marketing Manager for Octopus Tree. “The development team has done a great job listening to the community and making fixes and improvements, but Summertime Gnarkness represents the first time we’ve been able to add a major gameplay expansion. We think fans will love the new gameplay opportunities this DLC has to offer!”