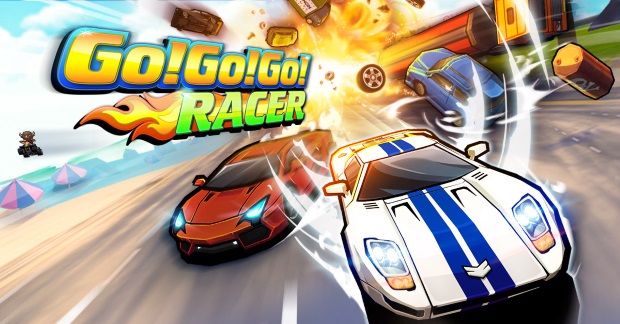 In GO!GO!GO!:RACER, players can unlock over 60 cars, collect and show off to friends and rivals alike. Each car is sleekly rendered in glorious cell-shaded detail that harkens back to classic racing themed arcade games. Drivers can launch power-ups and upgrade cars for speed or mileage, all while honing their racing skills. Every competitor left in the dust thrusts racers’ cars even faster as they jump, draft and collide to chain combos, scoring more power-ups—the game features a combo system that maximizes speed at the expense of control. GO!GO!GO!:RACER is all about doing whatever it takes to boost your chance of making it to the next checkpoint.

GO!GO!GO!:RACER is now free-to-download on the App Store and Google Play.