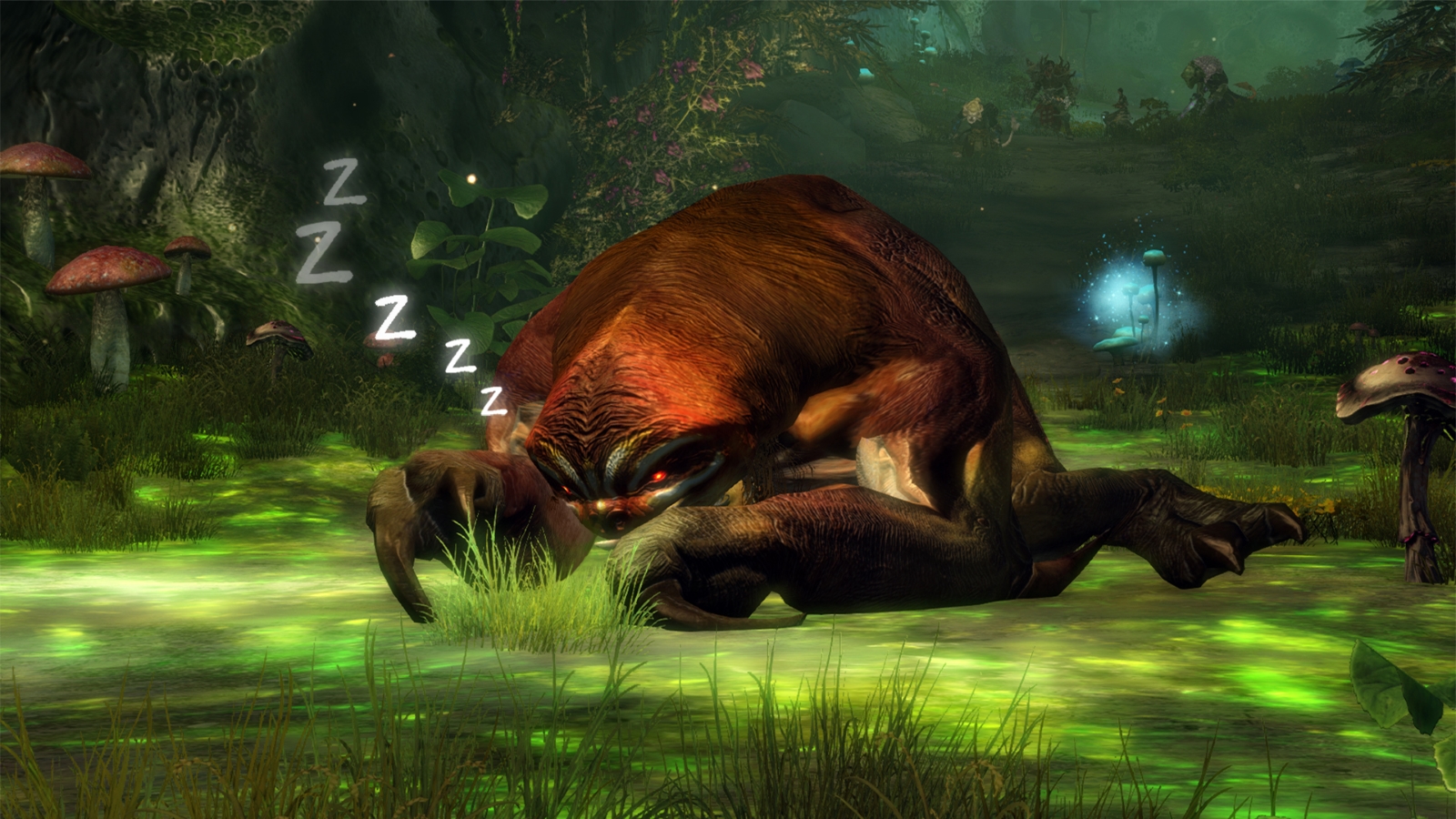 ArenaNet just activated the next raid wing for Guild Wars 2: Heart of Thorns. As players venture deeper into the jungle, a strange, magical energy has created a true sleeping giant—Slothasor! Probably marking the first time it’s okay for a boss to sleep on the job, this lumbering, sleepy forest resident may not seem dreadful while snoozing, but players will soon experience first-hand what wrath awaits when they wake him up.