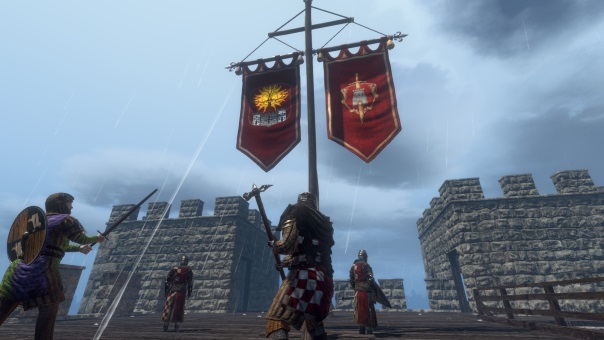 Over the last few weeks, the Gloria Victis team was hard at work on a massive PVP-centric update for their game. Last week, they released an Open PVP update for the game, which adds four new guild locations to capture, with forts for smaller guilds and mid-tier castles. This update also doubled the experience gathered from PVP, and also added a new worker system. From now on, alive workers in guild-controlled locations will produce resources over time which can be taken by a guild ruling given province, or with force by enemies. Moreover, knowing that some players prefer to stick just to PVP, we just doubled the experience gained for it. Ballista was also added to the siege engine system, as a part of their goal to include more advanced player-controlled objects to the game (battering rams, catapults, and one day, ships and mounts). This, alongside server performance, an AI update and more, the details can be found in a link below.