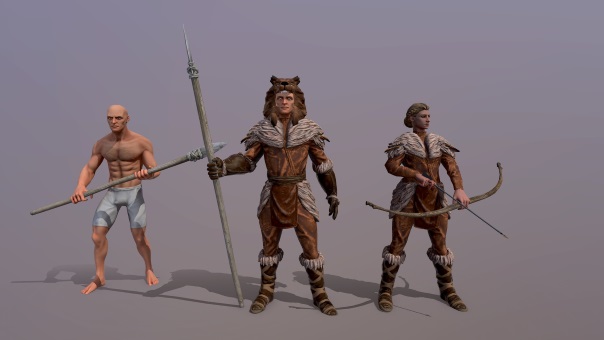 Now that 2019 is here, the Sandbox MMO Fractured goes over their progress in the last year in their latest blog post, found below. One of the biggest parts is where they reveal the size of the continent Myr (on the human planet Syndesia) is 40km2, which is a vast area to get through and explore. There are also plenty of biomes to explore, this particular continent having 6: Grassland, Dry Plain, Hill, Mountain, Coast, Marsh. They also show the differences between a few of the biomes. In this Alpha, there are 40 creatures listed on the blog post, split into temporary categories. There are, of course, Doe, Rabbits, Giant Spiders, but also Zombies, Kobolds, Mountain Dragons, Demon Lords, and Chimera. This first test will also feature housing, and it discusses Land Claiming/Housing, and how the bulk of house building is completed. It’s not quite ready yet, but it’s well on the way.  The Alpha 1 test that is on the way is coming in Q1 2019 as of this time, and more invites are planned to go out in the second week of February, and more a few weeks later.