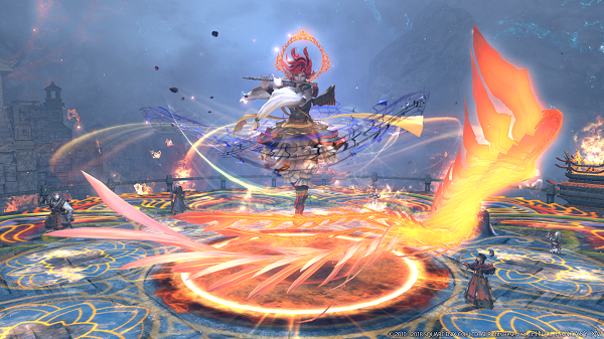 Get ready, Warriors of Light! Final Fantasy XIV‘s latest update is here, 4.4 – “Prelude in Violet”.  It brings with it hours of new content, now that Garlean-controlled areas have been liberated. What awaits the Garlean forces and the Alliance? Get to the adventure and find out! The end of the Omega Raid comes in this update, “Omega: Alphascape”.  There is also a new Trial, two new dungeons.  There are also new side quests and main story missions aplenty in 4.4.  If that weren’t enough, it’s closing in on Final Fantasy Fan Festival time!

Fans can also look forward to an exciting season of FINAL FANTASY XIV Online Fan Festivals all over the world. North America will kick off the tour on November 16-17, 2018 in Las Vegas, followed by the European Fan Festival on February 2-3, 2019 at the La Grande Halle de La Villette in Paris, and ending with the Tokyo Fan Festival on March 23-24, 2019.