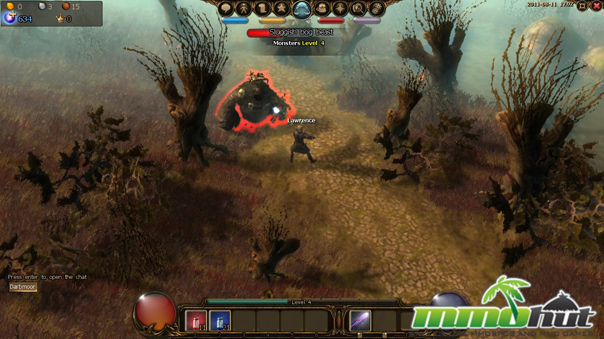 Drakensang Online is a 3D medieval browser-based fantasy themed MMORPG where players enter a world in utter turmoil. Heinous monsters from the dark realm have broken free and are wreaking havoc in neighboring territories. The prince has disappeared and rumors are flying that the mighty Dragon is going to return to destroy the human race. A war between beast and man has begun. Players step into the role of a heroic Dragonknight or Spellweaver on a mission to end the chaos. Complete quests, kill challenging creatures, explore dungeons, and participate in PvP arena battles. Become part of history, as the brave warrior that saved mankind from extinction.

Players start out with several lengthy quests to tackle. NPCs stationed throughout little villages will often give heroes multiple tasks to accomplish within each mission. Quests usually involve acquiring items, relaying messages, and monster killing. Collect fish by slaying sluggish Bog Beasts in Darbmoor or find pleat-cutters through the elimination of pesky gremlins. The combat can be intense. Warriors are usually ambushed by 30-100 monsters while trekking through various terrains. The creatures in this world are aggressive. Similar to Diablo’s hack-n-slash style users are constantly clicking to fight off droves of skeletons, slimy ogres, magic wielding vultures, and devilish gremlins. Although the combat is fast-paced killing the same creatures for different tasks can feel repetitive at times. There are also a large number of item retrieving tasks. Gather water from the well, picking grumble cabbage, or collecting the ale from the tavern in the Northwest require players to click and interact with certain objects instead of traditional monster slaying. It’s a nice addition that’s seldom seen in browser-based games. Much like the game War of Titans heroes have hundreds of quests. Completing them earns XP, coins, and rare equipment. Travelling is a chore during questing. There’s no auto-walk. As players trek through various fields monsters quickly ambush. The background music speeds up to aid in the adrenaline rush of a full onslaught. Although it’s quite fun the grinding is relentless.

Occasionally quests will require players to venture into dungeons or secret underground vaults. A dungeon’s mode can be set to normal or difficult for more of a challenge before entering. They usually feature higher level beasts and boss creatures that must be defeated in order to advance. Some dungeons are possible solo but most of them require players to team up and raid as a party. There’s an integrated chat feature that’s easy to use and several base towns scattered through the world where players can socialize with others. Although Drakensang Online has a decent sized community the global chat is relatively quiet. The Facebook Connect option allows users to invite their friends which can be helpful when attempting to form a party. As players level up new empires are unlocked. The world is huge. Journey through quaint medieval towns, sweet pastures, foggy swamps, and intimidating forests. When heroes reach Kingshill they can enter the PvP arena to duel others. In this area players are able to take a break from the excessive grinding, flex their superiority, and showcase their mastered skills.

These battles are primarily for honor and glory. It’s not a major part of the gameplay. 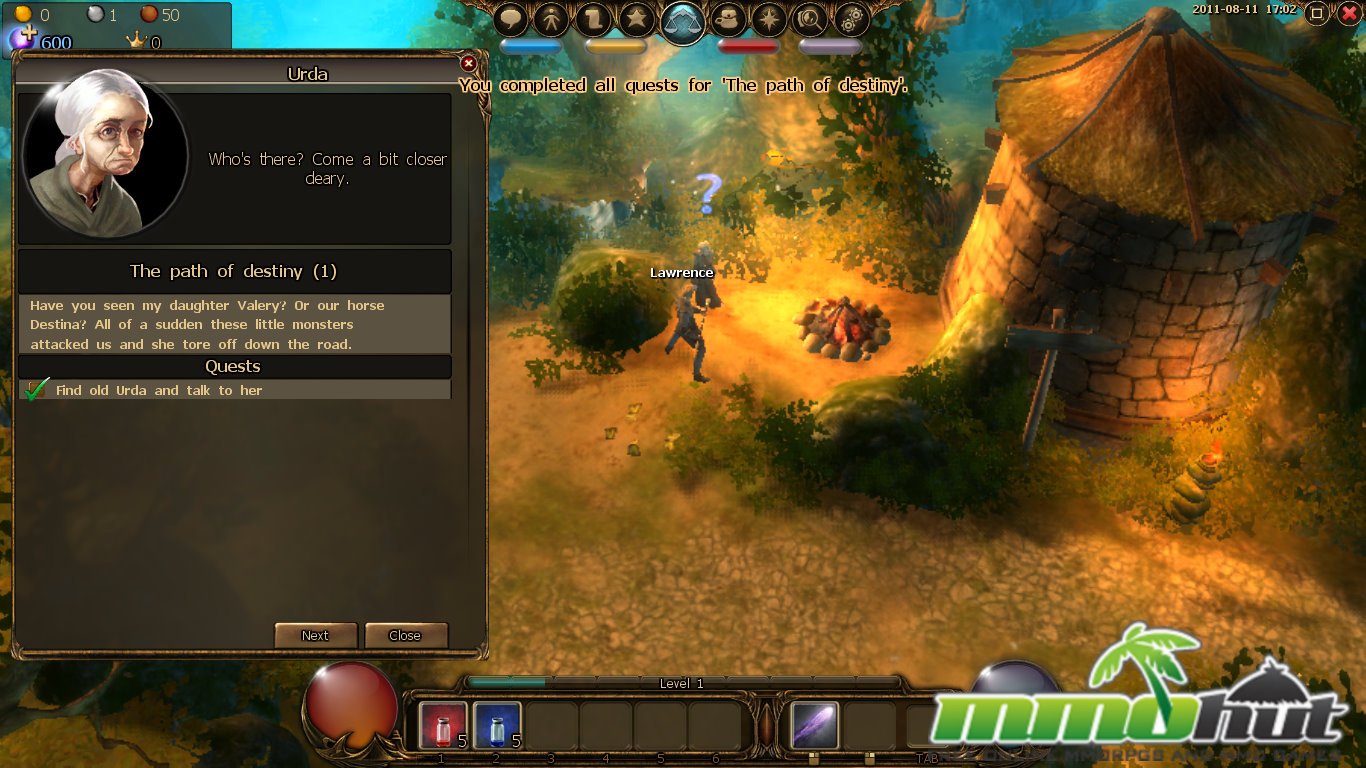 The skill progression in Drakensang Online could be better. There are only a few dozen skills to master and most of the moves are simply exaggerated forms of the previous one. They can be learned for free or for a small fee of in-game coins. The level requirements for mastering each skill is spaced out making the overall process seem slow. Perform the magic blast which sends a ball of energy towards opponents exploding upon impact or summon a meteor from the heavens to fall and crush enemies. Heroes are able to develop their abilities in producing ice blasts, explosions, lightening shots, and teleporting during combat. Although the animations are great players don’t really get to play around with different combinations until their character has reached level 18 or higher. To execute various skills Spellweavers rely on mana and Dragonknights operate on rage. Both can be accumulated during monster kills or purchased in NPC shops. 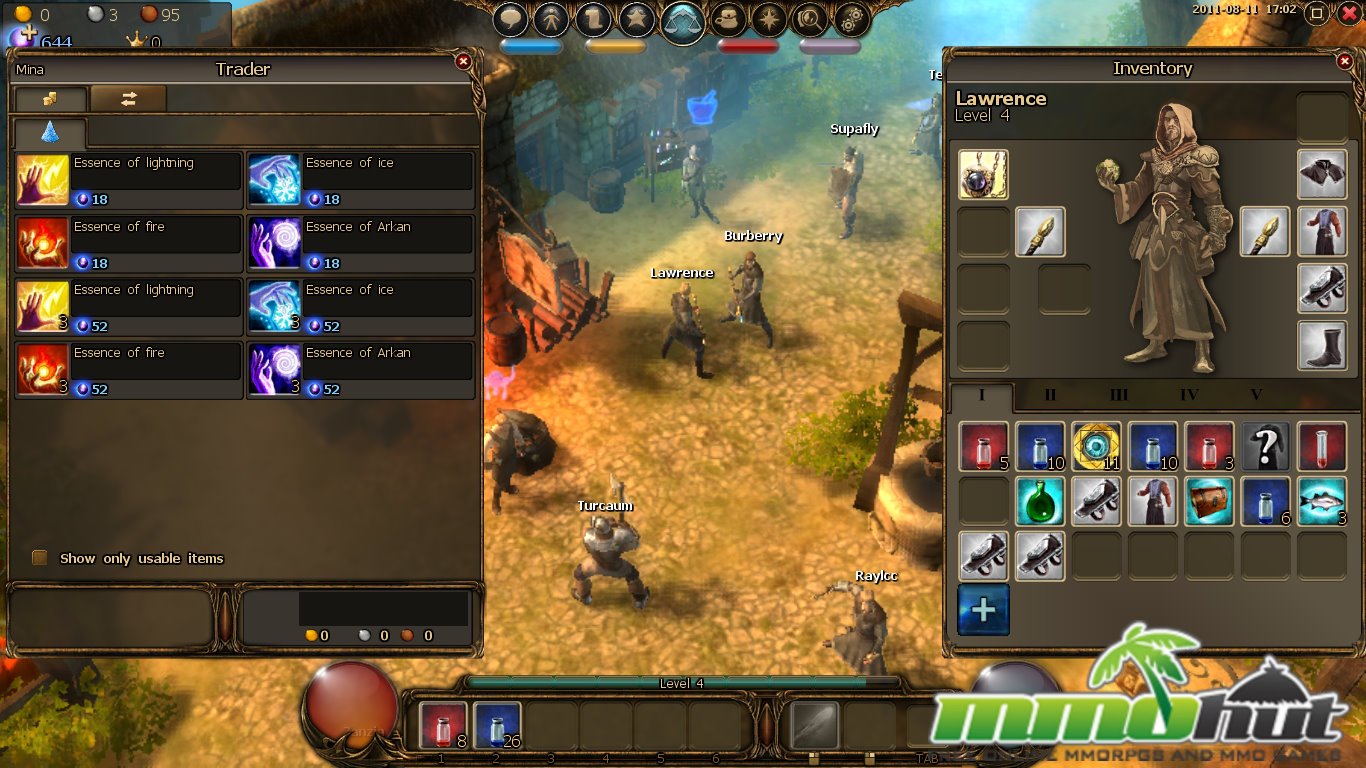 Weapons of a Spellweaver 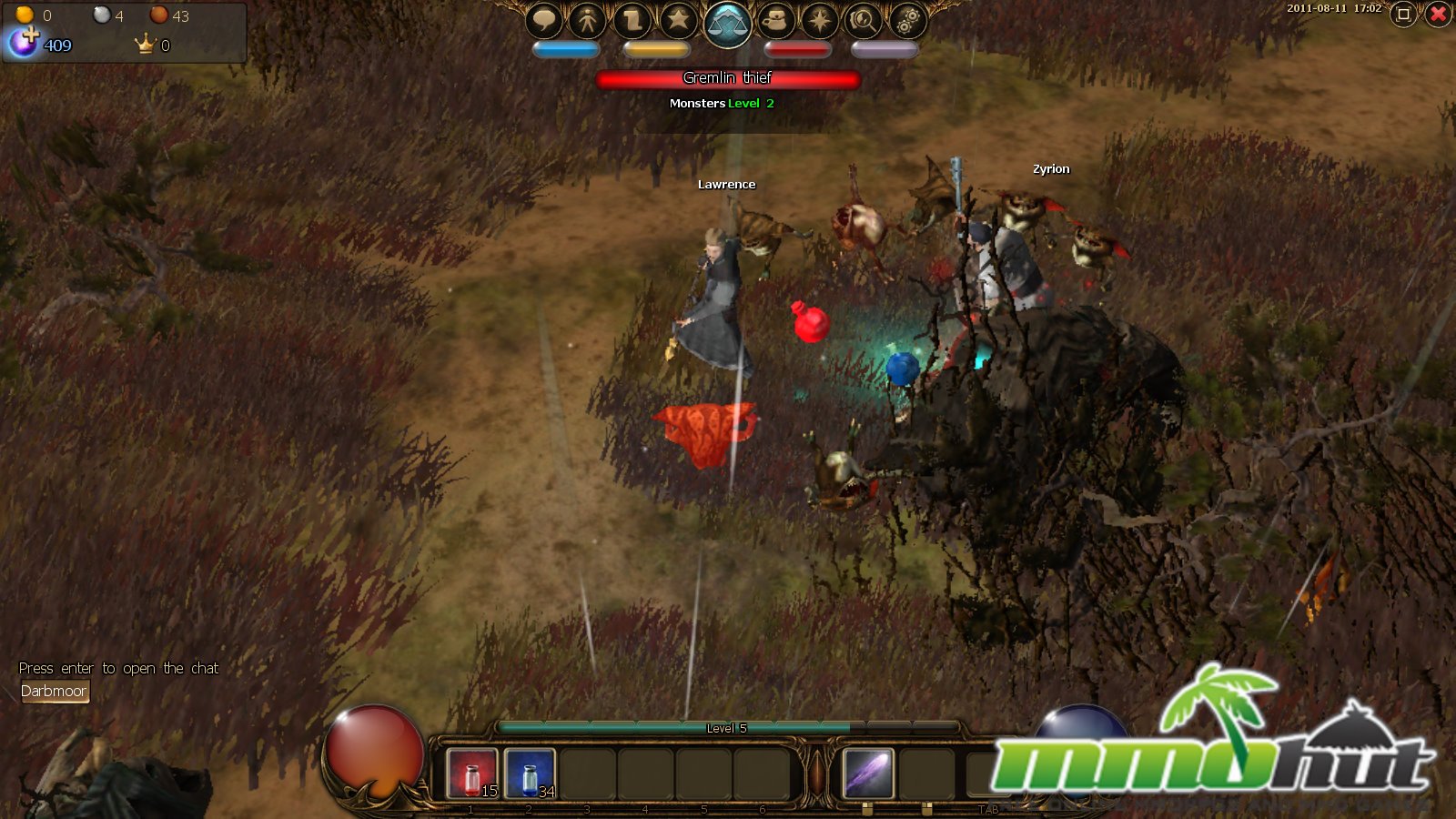 Overall, saving humankind from utter destruction is loads of fun in this fantasy themed MMORPG. Although it’s still rough around the edges players get to experience the classic PC style of a hack-n-slash with a continued storyline from the previous installment of the Dark Eye series. This standalone game takes players into a medieval world where dragons and demons are running amuck. Unlike most RPGs where you have to look to find trouble, it finds you in Drakensang Online. Fight off droves of savage freaks, raid dungeons with friends, and battle others in the PvP arena to become a legend in your own right. Fans of the original series or gamers that enjoy titles like Diablo 2, Runes of Magic, and War of Titans will find this browser-based version thoroughly entertaining.