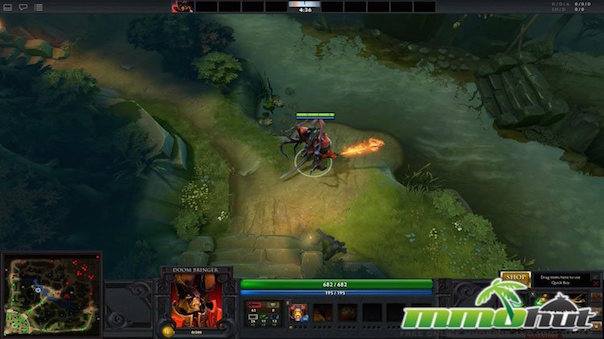 Valve has officially announced that Dota 2 is free-to-play, and has revealed more details about the game’s business model.

All heroes will be free to play, as Valve believes offering purchased heroes will imbalance gameplay. Heroes will be customizable through the Steam Workshop and the in-game store from content created by the community. Players will also earn items as they play and as their Battle level increases. The store opens today with an initial 200 items for purchase, 80% of which came from the community. This means that everything will be a level playing field, and players will only pay to customize their hero with cosmetic items.

PC Gamer has also reported that an Early Access Package is available for $39.99 for players who would like to start testing and playing Dota 2 now.

Dota 2 is Free to Play and you can now customize your Heroes.
With the introduction of the Steam Workshop and the in-game store, you can create your own look from the wide selection of content created by the community.

Stand out from the crowd with your favorite Hero. Customize yourself with a wide variety of cosmetic items to create the look you want, and make sure your enemies never forget who you are. You’ll earn items as you play, and every time your Battle Level increases. When you find your next favorite hero, trade those old clothes away for some new equipment.

Opening with just shy of 200 items, this is just the start for the Dota store. It will keep expanding with new equipment, couriers, tools, bundles, and more cool stuff. Anything you purchase today will stay with you all through Dota 2, so you can make your purchases now or keep an eye out for what’s new coming from the Steam Workshop.

When the store opened its doors today, Steam Workshop artists had already been hard at work. Over 80% of all the items in the store are from the community. The Steam Workshop allows artists in the community to create and upload content to be a part of the game. They receive a portion of each sale of that item. In Team Fortress 2, over $3.5 million has been paid out to Workshop contributors since the system went live in Fall of 2010.

Don’t worry if you aren’t up for creating the content yourself. The Steam Workshop allows you to vote for content you would like to see in the game.

It is important to Dota’s competitive design that all players have access to all Heroes and that players can’t purchase a competitive advantage. We solve that in a simple way, the game is free, all the Heroes are free, and items are earnable in-game. That means, you’ll never have to pay to play and win at Dota.