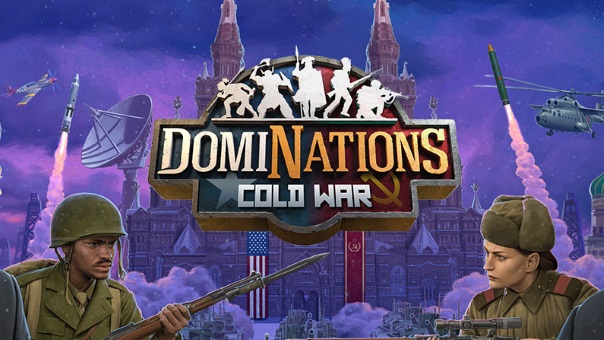 The next major update for Nexon and Big Huge Games’ DomiNations has arrived, ushering in the Cold War Age to the title. The Cold War adds new units based on the turbulent time period giving players the ability to wield the M56 Scorpion Tank and BM-21 Grad Rocket Launcher in their conquest for world domination. To ready players and their troops for the fierce Winter ahead, DomiNations will feature several in-game events and Supply Drops that will give players the ability to advance through ages quicker than ever. A variety of changes are coming to the game, such as a new tank (M56 Scorpion Tank) that specializes in destroying other tanks and buildings, a Supply Drop System to allow players to receive valuable Supply Crates twice a day. A seven-week discount event will also be featured, rolling through discounts for each Age. Every ten 10 days players will receive a major production boost, ramping up their resource production power through the ages as well. Another useful feature will be Moctezuma, the Aztec emperor. They are the newest addition to the University Leaders who will improve resource production and Coalitions for players.