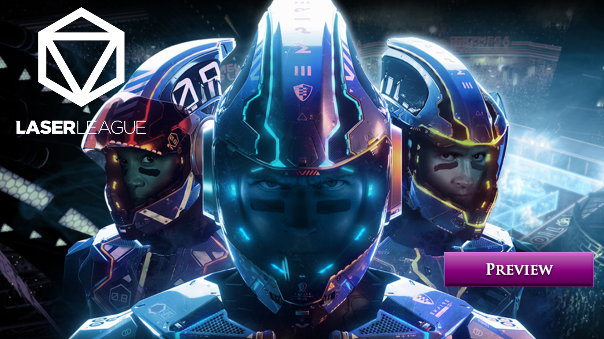 Last week I had the opportunity to sit down with 505 Games/Roll7 and play their title which begins Closed Beta this week, Laser League! Laser League is a return to the fast-paced arcade action that I so love, and the matches are short, but also insanely competitive. I did not expect to have my blood pumping so much while I was playing, but oh yes. It might not seem like there’s a lot going on with the game concept, but I promise you, there’s enough competitive action to satiate just about anyone. It’s very addictive, and I really wanted to keep playing after the first hour of running sets. It’s a game that requires strategy while also demanding every ounce of your attention to avoid being shredded by enemy lasers. I also feel like I should mention it supports single-screen multiplayer, so if you want to get a bunch of friends over with some beers and play Laser League, then you’ll be in for one Hell of a time. From the International Stadiums, to the vivid colors and pulse-pounding gameplay, Laser League is a must-play for 2018. 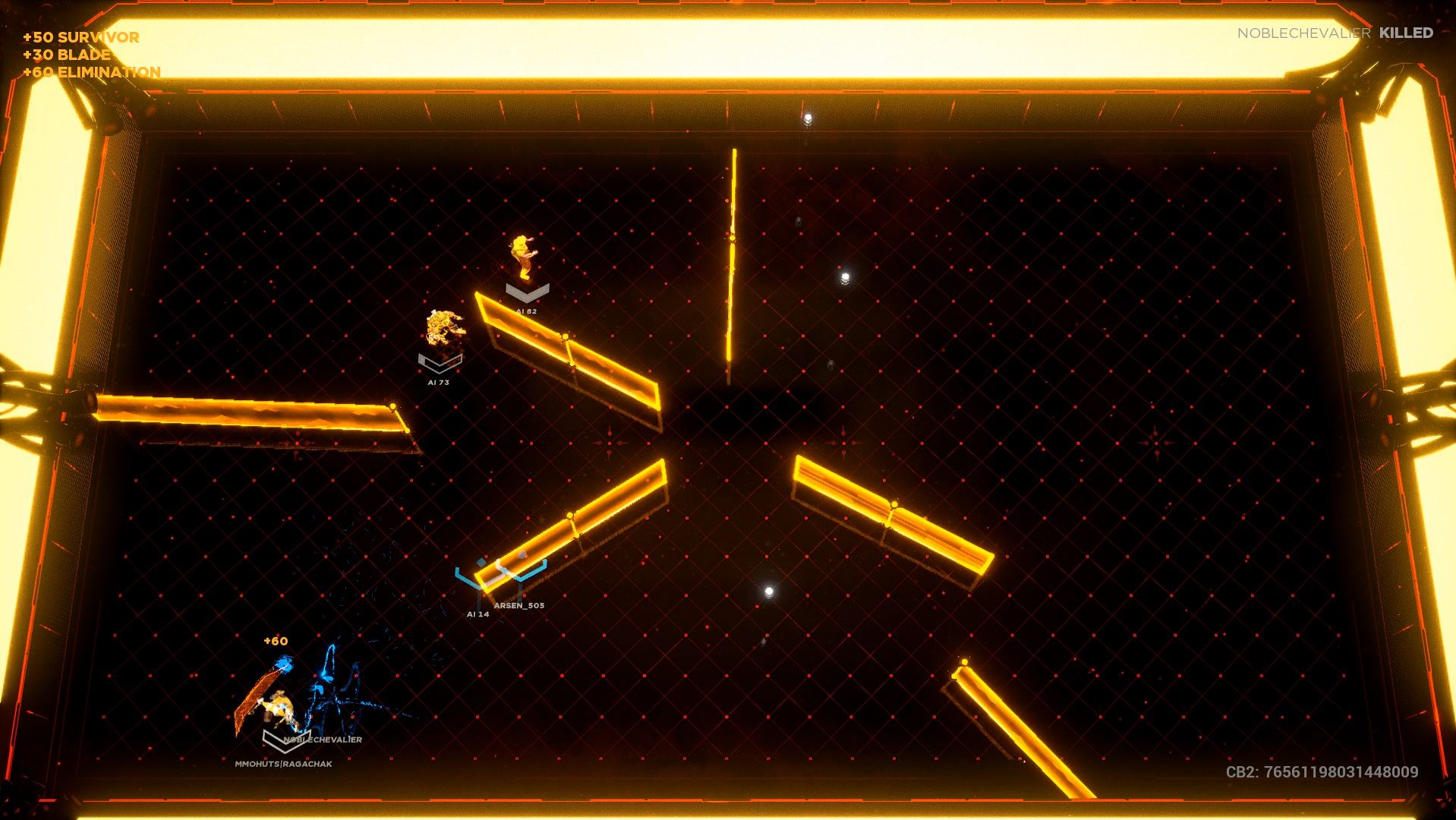 But what exactly IS Laser League? It’s a top-down arcade-style sports title, where you have two teams of two/three/four trying to zap the other team with lasers. There are points (laser nodes) on the map, and when a team touches them, lasers with varying size and characteristics will appear and rotate on the map in the color of your team. Your own color won’t hurt you, but the other team’s will vaporize you. Whether they move in a circle, horizontal, or vertical, depends on the arena you’re in (and each arena has several variations). They will last under your teams’ control for a set duration, after which time you’ll need to go touch the node again. You can run through the borders of the map, a’la an old Atari game and come out on the other side, so if you’re feeling frisky, you can start a stage by rushing the other team and tagging their lasers before they get a chance! There are also items that appear on the stage that can reverse the laser rotations, speed them up, reset them, or most dangerous of all, reverse ownership of the lasers. More than once when I was practicing before this event, I accidentally killed myself and my AI team by turning the lasers into the enemy lasers.

The matches last until an entire team has been wiped by lasers or by player skill, but that doesn’t ever seem to last more than a few minutes in a Best of 3 format. The losing team of a round will get a chance to change their squad, winner stays in their current formation. You’ll even see a score on the screen with how many points your team has scored, minus the points from any revived enemies.  The matches very quickly become a bullet hell where reflexes count as much as skill does. You absolutely must be aware of everything at once, but the arena is thankfully the size of your screen. It would probably be a nightmare if I couldn’t see what was coming. 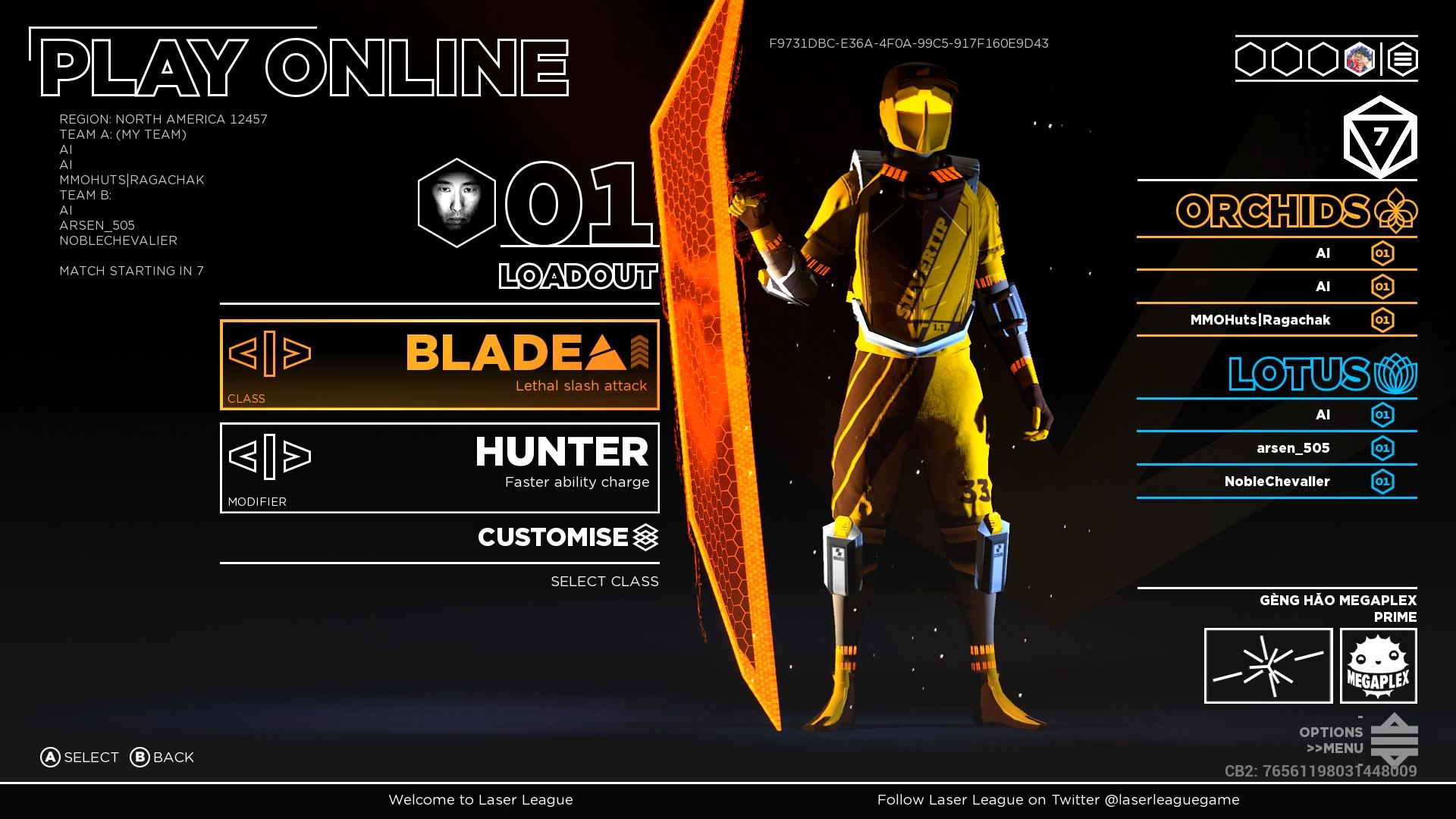 In addition, you can resurrect your teammates if you walk over them, which can be a blessing and a curse. They have no invincibility frames when they revive, so you have to be careful when you resurrect your friends. Tactical possibilities are expanded with the availability of six classes, some with aggressive powers and some with defensive. Personally, my favorite was the Blade, and I’d argue I’m easily the best Blader (paired with Reflex) in the world right now. Each class has one ability, and you can modify it with one special ability. These abilities have a meter, so you can’t use them until that meter is full. This removes the ability to spam them, making players use them wisely/tactically. You also have three modifiers, and while every modifier is good with a Class, some are amazing. So I’ll break down what each does. 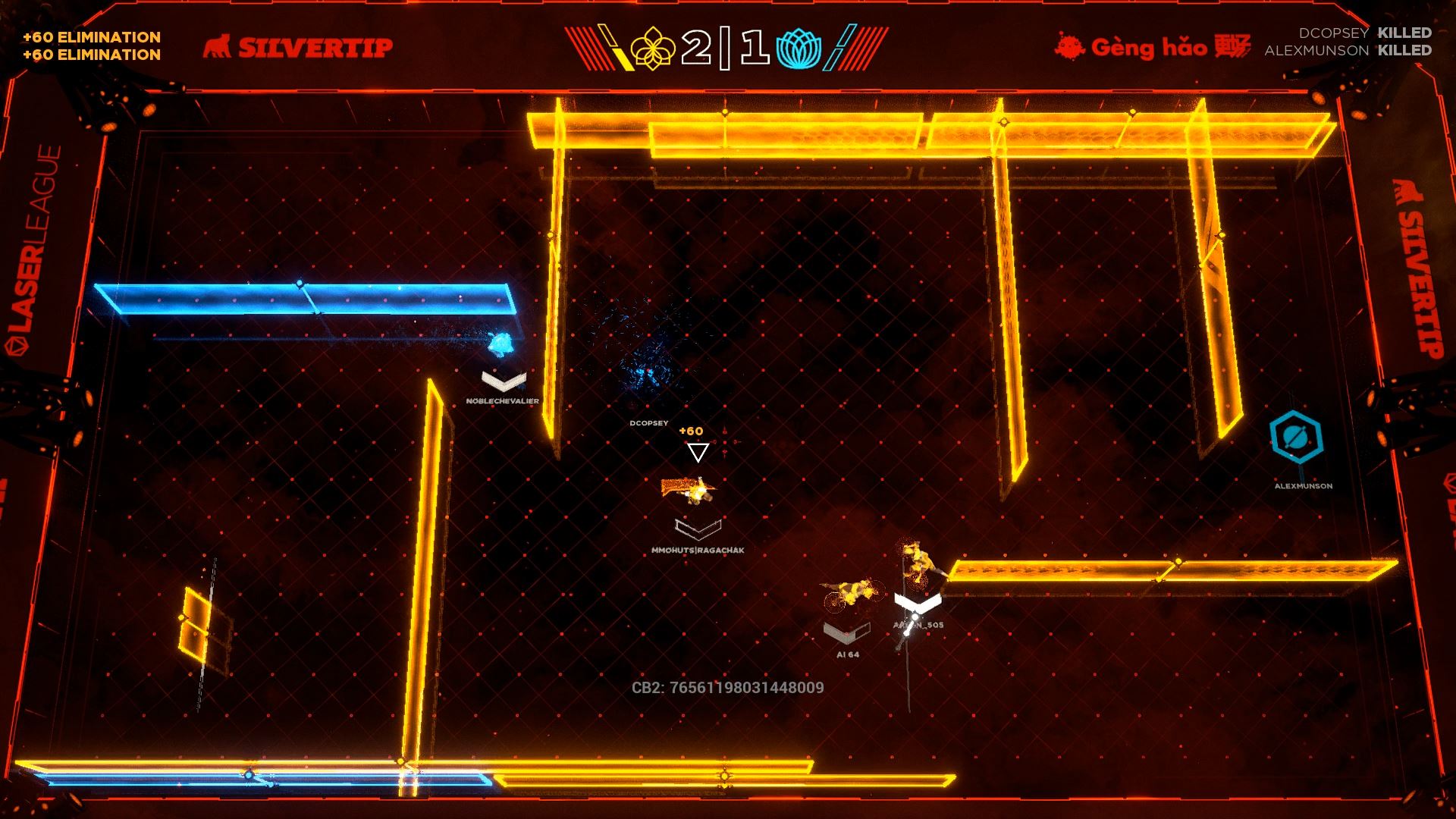 This was one of the easier Laser-Bullet Hells to navigate.

The gameplay is addicting, it’s frenetic, and the action is really non-stop. If you pause to breathe, you’ll probably get shredded by a laser. Team composition and strategy is oh-so-important in this game. There are so many different approaches, and you’ll get a few moments to figure out what kind of laser node you’ll be dealing with, on class select. Once you get to the selection screen (where you see your team, class, modifier), on the right side of the screen you’ll see the name of an Arena (EG: Geng Hao Megaplex Prime) and under it, you’ll see an icon with lasers on it which informs you of what kind of lasers you’ll be dodging. You get thirty seconds, and you can set up whatever type of team fits your fancy. There are a variety of teams/colors/arenas, which is all flavor and doesn’t affect gameplay, but I love that there are legit cities being represented, putting this in the real world, with teams they’ve created.

It gives it that little touch that makes Laser League feel like it’s really something possible in our world. There are tons of cosmetics you can get, to change your uniform style, your lasers, your icon in class select. You unlock these as you play, and as you perform in the game, you rank up your classes, which is also a source of these cosmetics. I love that players get points for more than just kills and revives, but doing your job/being a team player will get you points. It doesn’t make you stronger, for which I’m grateful. In this game, one hit is death, so every second matters the most. I did not think I would love Laser League nearly as much as I did. It’s insane, and I cannot wait for people to get their hands on it in the coming week.

Editor’s Side Note: I’d also like to point out that I won my matches in a very convincing fashion. Just ask me, I’ll tell you!