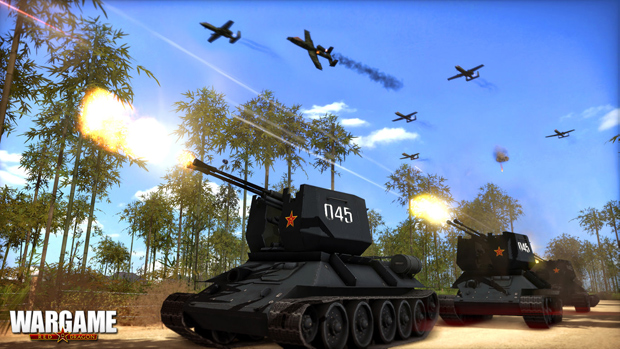 Today, just a month before the release of the game, the latest title in the spectacular RTS series created by developers Eugen Systems, Wargame Red Dragon, opens its Beta Early Access. The Beta will let all players who pre-order the game to start playing now in the very first multiplayer battles of Wargame Red Dragon.

New content will be regularly added to the Beta Early Access over the days to come, until the release of the game. New maps, features such as the new dynamic campaign system, and also the naval units and the warships . More than just extra units, the naval forces in Red Dragon lend a fresh strategic depth to the game, unlocking tactical opportunities for any commanders smart enough to exploit their power to the max, notably on the game maps specifically created for them.